The Church in Southern Africa was built by missionaries. Men and women belonging to diverse religious orders left home and family, mostly in Europe, to spread the Gospel on the southern tip of Africa where for a long time the Catholic faith was suppressed and later only grudgingly tolerated.

These early missionaries, and many who came after them, faced many hazards and endured much deprivation. It is their legacy that around 7% of the South African population is Catholic, making our Church the second-largest single religious body in the country, after the Zion Christian Church.

Two of the great pioneering orders in Southern Africa are celebrating grand jubilees this year: the Dominican Order its 800th anniversary of foundation by St Dominic Guzman, and the Oblates of Mary Immaculate their 200th by St Eugene de Mazenod. 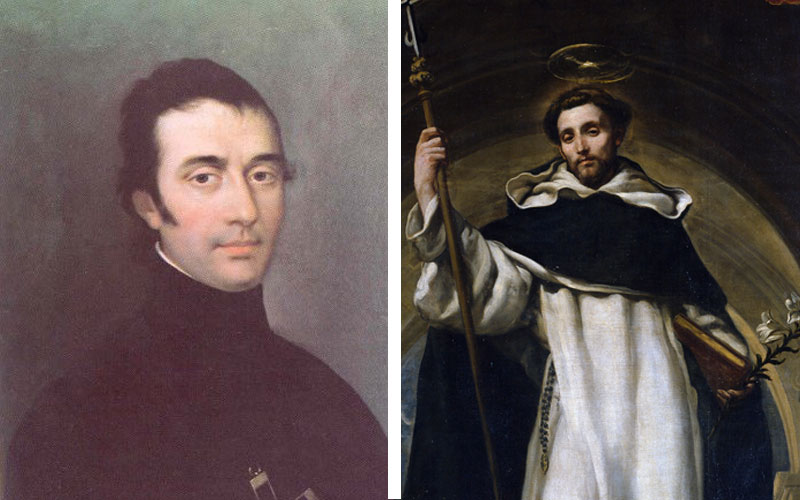 The Dominicans are the largest order of women religious in South Africa; the Oblates the largest of religious priests. Both orders were at the forefront of building the Church in various parts of the region.

The first bishop in what would become South Africa was an Irish Dominican. Bishop Raymund Griffith OP served as vicar apostolic of the Cape of Good Hope from 1837-61, supported by a small group of Dominican friars.

Later, in the 20th century, the Dominican friars took responsibility of the Kroonstad region, and were among the very first Catholic missionaries on the mines.

Many Dominican nuns from Ireland, England, Germany and elsewhere have served this region. Dominican sisters from chapters throughout South Africa—Cabra, King William’s Town, Montebello, Newcastle, Oakford—literally built the Church in many parts of South Africa, if necessary by putting brick to mortar themselves to erect schools and churches.

The number of South Africans schooled over the generations by Dominican sisters is inestimable. Many of these schools still exist; many others are now gone (the offices of The Southern Cross are located in a former Dominican girls’ school).

The Dominican schools were at the vanguard in smashing schools apartheid in 1970s, a hammer-blow to the institutionalised racism of the time which took enormous courage and provided the local Church with necessary prophetic witness.

The Dominican presence in Southern Africa remains strong, and their service is tremendous. The bishops entrust their Justice & Peace Commission to Dominican leadership, currently in the form of Fr Stan Muyebe; the bishops’ Aids Office is headed by Dominican Sister Alison Munro.

And South Africa’s only Catholic radio station is run by the Dominicans—it even bears as its name the order’s motto: Veritas (Latin for “truth”).

The Oblates of Mary Immaculate were the primary evangelisers of present-day KwaZulu-Natal and Lesotho, and have had a decisive influence on the growth of the faith in areas such as Johannesburg and Bloemfontein.

Many have followed him, including the four current SA-born Oblate bishops: Archbishops Buti Tlhagale and Jabulani Nxumalo, and Bishops Edward Risi and Barry Wood.

Lesotho may claim as their own Bl Joseph Gérard, the Oblate apostle to the Basotho who was beatified in 1988, but the French missionary was ordained a priest in Pietermaritzburg in 1854, and first evangelised among Zulus, albeit with little success, before moving to what is now the Free State and Lesotho. 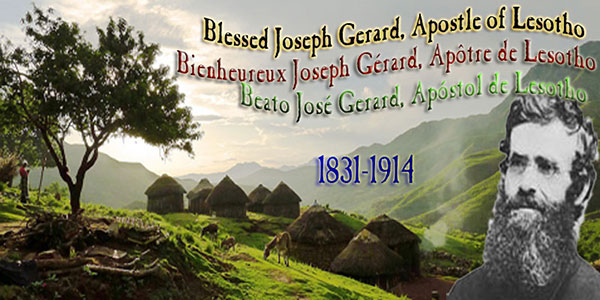 It is largely due to Bl Gérard that Lesotho today is one of Africa’s few countries where Catholicism is the majority religion.

The Oblates have also educated generations of local priests at their scholasticate in Cedara, near Pietermaritzburg.

Of course, many other orders and congregation have contributed to the growth of the local Church, in many different ways. As we celebrate the colossal service of the Dominican and Oblate orders on the occasion of their anniversaries, we must also tip our hats to the many religious congregations that were and are their partners in building up the Church of Southern Africa.

But on the anniversaries of the Dominicans and Oblates especially, let us pray for the heroic missionaries who came here, and for those, born locally or elsewhere, who are leading these orders into the future.