When my four children were growing up they went through a phase of being mad about playing the game Noughts and Crosses —anytime, anywhere, anyplace. 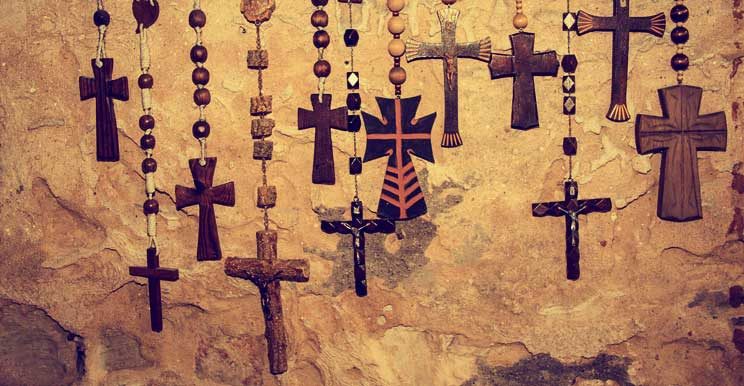 At home, at their grandparents, in the garden or in the car, it really didn’t matter where they played because all that is needed is a piece of paper and a pen or pencil. Oh… and a willing victim, of course, to play with.

They were rarely content to compete with each other. Although perfectly capable of this, they far preferred to inveigle an adult into the game and then preferably beat them hollow. And you’ve probably already guessed that the adult was usually me…

As I reflected upon the feast of the Exaltation of the Holy Cross, which is celebrated on September 14, I was reminded of the game of Noughts and Crosses, so beloved of my offspring.

You will, I am sure, be able to instantly recognise why the “crosses” in the game would be reminiscent of the Holy Cross. But you may wonder where the noughts come into the equation. The reason for this is quite simple.

A nought represents zero, nada or nil. It means nothing. According to the English dictionary, the adjective means worthless or useless. Indeed, the idiom “come to naught”, meaning without result or fruition, is a direct result of this.

Yet when we remember the Holy Cross in terms of the crucifixion, we know that historically the scribes, Pharisees and some of the elders of that time wished that Jesus was nothing. But, actually, he was everything.

They hoped that by having him put to death, his work on Earth would come to naught. But instead it took on an ever greater meaning due to the resurrection, until it meant everything. They wanted to believe that Jesus was worthless. Yet he was truly the Son of God.

And so we know that despite his death, Christ atoned for our sins and continues to be with us until the end of time. In so doing he reversed the greatest negative of all time into the greatest positive. Christ died for us on the Cross but not for Naught.

So the next time you play Noughts and Crosses, perhaps you too will be reminded of the life, death and resurrection of our Lord Jesus Christ.

Julia Beacroft’s book Sanctifying The Spirit was published this year by Sancio Books. It is available on Amazon.

The Feast of the Assumption commemorates the death of Mary and her bodily assumption into heaven. One of the traditions...