What Mom Taught Me About Fatherhood

Every father, sooner or later, is required to give up his child to the wilderness and trust in the providence of God. That was my mother’s response to the concerns I have about my own children. 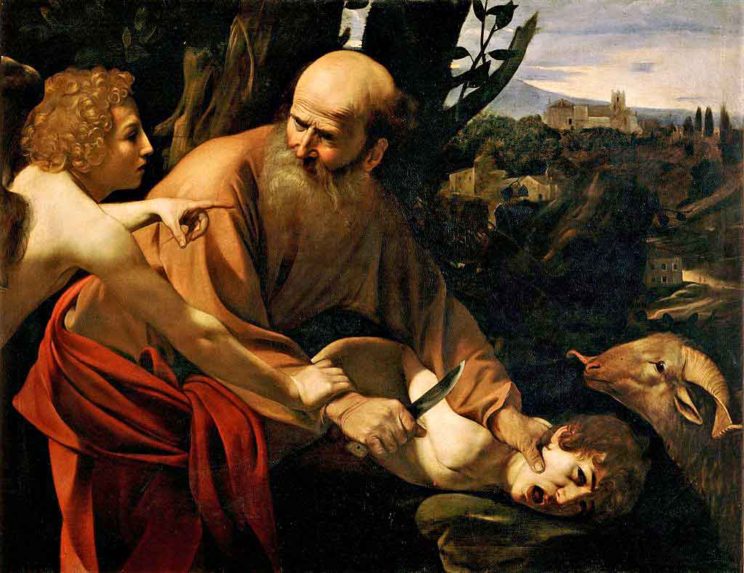 My mother has always shown deep interest in the stories of Abraham and Ruth.

The topic of conversation arose after she had read a piece in a Catholic journal about the lack of historical evidence for the actual existence of Abraham, and we got to talk about Abraham’s parenting style.

I answered her concerns about the patriarch’s willingness to sacrifice his son Isaac in a roundabout way, saying something about the severity of divine mercy.

Personally, I have always found it unreasonable that God should ask Abraham to sacrifice his “only son” to prove his faith.

It just didn’t tally with the loving kindness of God which I was raised to believe in. Many have pointed out that God didn’t ask something that God himself was not prepared to do. Still I was never convinced.

Sitting on the warm veranda of my mother’s house, sipping tea and wishing to buy the thinning sun (as the Xhosas would say) was an agreeable setting in which to deliberate over such things.

She, in her motherly wisdom, detected that I was feeling bruised in this unannounced visit.

It always irritates her, my mother said, that people refer to Isaac as Abraham’s “only son”. He had at least one other son with Hagar, the Egyptian slave woman, whom in the end he sent to the wilderness.

Mother has always been conscientious and smart as a whip. Our conversation also linked to Woman’s Month and the burden of motherhood that is never eased by the patriarchy of traditional and religious ways.

She raised five children as a single parent and thus feels very strongly about these things. Her sword also cut close to my bone, since my wife too is raising our kids practically as single parent while they are living in Scotland.

I was worried that mother’s talk about the lack of historical evidence for Abraham would discourage her light of faith. Not my mother though. Instead she educated me.

A man leaving his father’s house and hometown, Ur in Abraham’s case, was nothing new, neither then nor now. It is a universal narrative in all generations. It happened to me when I left Queenstown.

That a man of Abraham’s calibre (whether he existed in that particularity is not important) would not feel comfortable with the ancient tradition of sacrificing children to the gods is understandable. That his psychological mindset would accuse him of failing traditional duty is to be expected —tradition and custom take deep roots in people that require depth in cleansing.

And in the manner of Christ when he admonished Peter in a dream for daring to call unclean something that he had blessed, God corrected Abraham.

“That is how I choose to believe the story of Abraham,” mother declared.

“It would still seem cruel for one generation to beget another when parents are not able to secure a safe foundation for their offspring,” I said in reply.

I added: “I know the Son of Man had no place to hide his head when foxes had their holes and all, but…”

“But what?” mother interjected. “Great faith is required to give your children up, trusting God to honour your parental love for them by making sure that there’ll indeed be angels in the wilderness as that which met Hagar when she and the child were dying of thirst.” Mother became stern.

In the end I had to confess to lacking such faith, and pray to the Lord above to take away my unbelief.

It is only by the grace of God that we are made instruments of his providence and participants in a fatherhood that is always ultimately his.

We are taught by Scripture to overlook the human mishaps of the likes of Abraham, because faith justifies them. This is hard to hear.

Street lights started flickering between the trees after the sunken sun crimsoned the skies with crops of darted fire. Abide with us, for the day is far gone!