In his clearest indication yet as to how he wants his teaching on Communion for divorced and civilly remarried couples interpreted, Pope Francis thanked a group of bishops in Argentina for providing their priests with concrete guidelines. 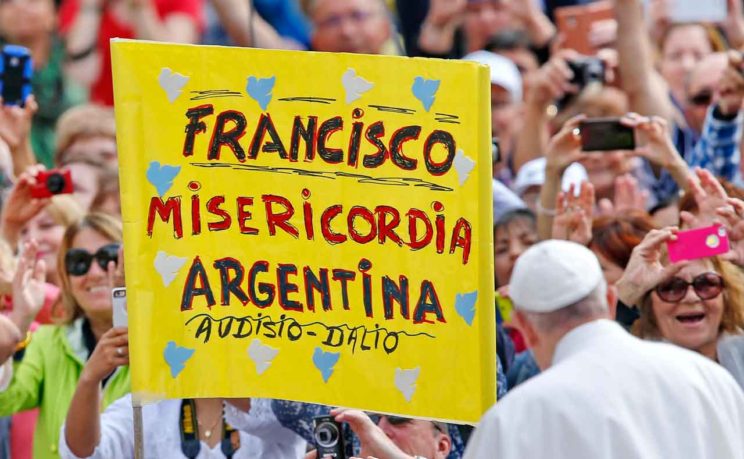 Bishops in Argentina issued a document for implementing the section of the pope’s apostolic exhortation on the family about circumstances in which divorced and civilly remarried couples might eventually be allowed to receive Communion.

The Vatican newspaper, L’Osservatore Romano, published an article confirming that Pope Francis wrote to the bishops of the Buenos Aires pastoral region thanking them for their document on criteria for applying what the pope wrote in Chapter VIII of Amoris Laetitia (“The Joy of Love”).

The chapter, titled “Accompanying, discerning and integrating weakness”, is focused on the pastoral care of couples who are living together without being married or who have divorced and remarried without getting an annulment.

In offering their priests guidance for applying the teaching in the pope’s document to the situation of couples in their care, the bishops insisted it is not proper to speak of “permission to receive the sacraments” when it is, in fact, an invitation to “a process of discernment accompanied by a priest”.

The process of discernment — of looking at actions and failures that contributed to the breakup of their sacramental marriage, their current family responsibilities and their resolve to live the Christian life more fully — may not necessarily end with the reception of the sacraments, the bishops said. It may be more appropriate to help them become more involved in parish activities, participate in prayer groups and engage in Christian acts of charity.

“When the couple’s concrete circumstances make it possible, especially when both are Christians with a journey of faith, one can propose a commitment to living in continence,” the bishops said. Abstaining from sexual relations will not be easy, but it would allow the couple to receive Communion, they said.

In other cases, the bishops said, when abstaining from relations could harm the new union and the children who are part of the new family, further discernment is necessary.

It could be that there are factors that limit the responsibility or culpability of the divorced spouse, they said, and in those cases “Amoris Laetitia opens the possibility of access to the sacraments of reconciliation and the Eucharist.”

In those circumstance, the bishops said, priests must take care not to give scandal to their congregations, something which could be done by ensuring the couple receive in “a reserved way”, somewhat privately, although parish congregations also should be helped to “grow in a spirit of understanding and welcome”.

The pope’s letter to the bishops said they accurately explained what Amoris Laetitia taught and captured its full meaning. “There are no other interpretations,” he said.—By Cindy Wooden, CNS