‘Ben-Hur,’ ‘Story of God’ among Catholics in Media Award winners 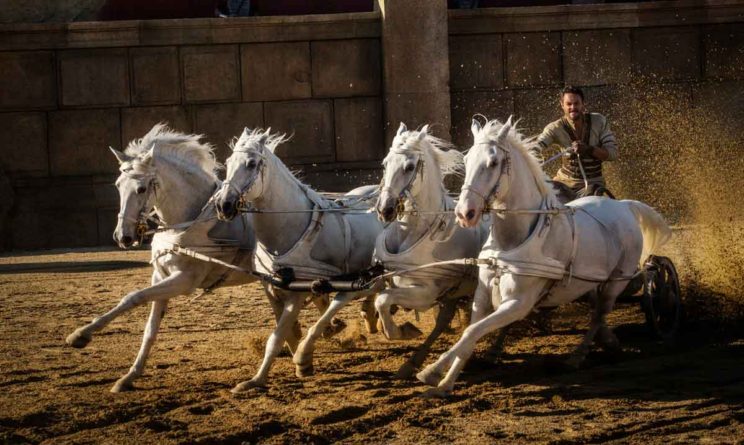 Jack Huston stars in a scene from the movie Ben-Hur. The film is one of the winners of the 2016 Catholics in Media Awards. (CNS photo/Paramount Pictures )

Ben-Hur is the third film version of the 1880 novel by Lew Wallace. Although it has done poorly at the box office, it is the second Catholics in Media Award for the husband-and-wife executive producer team of Mark Burnett and Roma Downey, who also won in 2014 for The Bible.

“They make every effort to bring together fine storytelling with the highest production values that inspires and uplifts the human spirit,” Paulist Sister Rose Pacatte, president of Catholics in Media Associates, said in a statement announcing the winners. Ben-Hur is receiving the organisation’s Motion Picture Award.

The Television Award goes to Ray Donovan, shown in SA on M-Net, which stars Liev Schrieber in the title role as a “fixer” for the rich and famous in Los Angeles who can solve everyone’s problems, except his own family’s.

“The Donovans, especially Ray, are a Catholic family of mobsters that struggles with faith and conscience in every episode,” said a statement by Catholics in Media Associates vice-president Haskell Vaughn Anderson. “Their flaws, sins and violence are outward signs of their inner conflict between temptation and the impulse to be decent and caring human beings.

Their redemption is in the struggle to do choose good over evil, to not give up. Where there is darkness there is also the action of grace in Ray Donovan.” 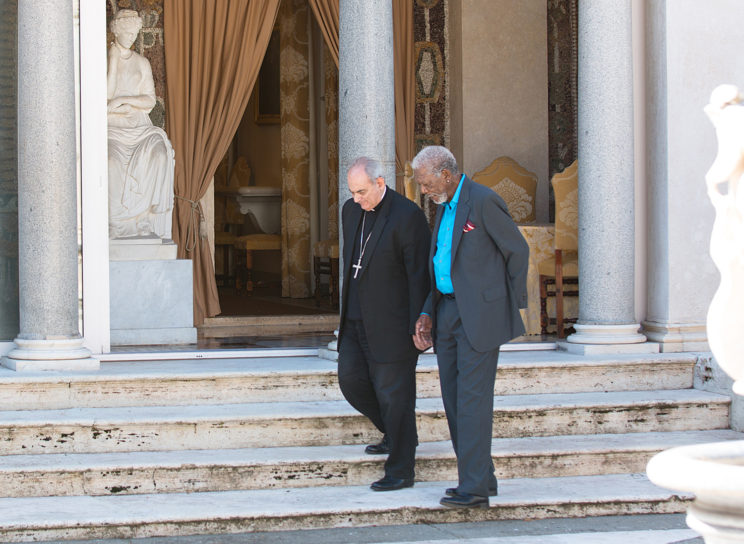 Morgan Freeman, host of National Geographic’s The Story of God is seen walking with Bishop Marcelo Sanchez Sorondo, chancellor of the Pontifical Academy of Sciences. The documentary series is one of the winners of the 2016 Catholics in Media Awards. (CNS photo/Matthew Paul, National Geographic Channels)

Receiving the Documentary Award is The Story of God, a five-instalment documentary series on the National Geographic Channel featuring actor Morgan Freeman, chronicling how the power of religion touches everyone and how our beliefs connect us all. “Morgan Freeman is exceptional as the host,” said Sr Pacatte. “He brings gravitas, intelligence and humour through the questions he asks. His respect for people of all faiths is a model for us all.”

Catholics in Media Associates will give its first Communicator Award to Auxiliary Bishop Robert Barron of Los Angeles, who started Word on Fire Catholic Ministries in 2000. “Word on Fire” has been broadcast on cable TV, radio, YouTube, podcasts and its own website.—CNS

Who Even Saw TV on Nuns’ Work?

The Dark Side Of Memes: Spreading Untruths About Religion
Share