Beware the Leaven of Hypocrisy that Deceives and Judges Others

Be trustworthy, transparent and truthful, not a “spiritual schizophrenic” who says one thing and does something else, Pope Francis said. 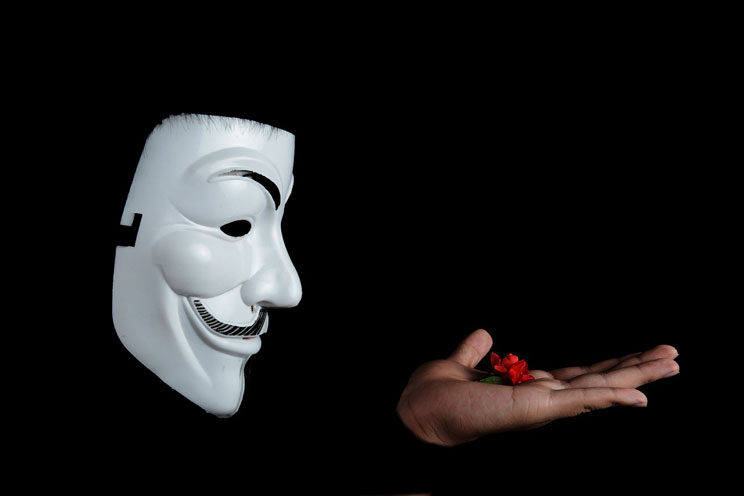 “A hypocrite is a phony: He seems nice, courteous, but he has a dagger behind him,” the pope said in his homily during Mass at Domus Sanctae Marthae.

The pope focused on the day’s Gospel reading from St. Luke (12:1-7) in which Jesus warns his disciples about “the leaven – that is, the hypocrisy – of the Pharisees.” Pope Francis said there is good leaven and bad leaven. Good leaven builds up God’s kingdom, he said; it is “solid, nourishing and becomes good bread.”

Bad leaven – the deceitful leaven of hypocrites – he said, is all about appearances, looking good on the outside, but inside, there’s little substance, much like a pastry his Italian grandmother used to make for Carnival.

When his grandmother would place the thinly-rolled dough in hot oil, he said, “it would puff up and up. And when we would start eating it, it was empty. And grandma would tell us ‘These are like lies. They look big, but there’s nothing inside.'” In fact, in Piedmont, where his grandparents were from, the fried pastry is called “bugie,” which means “lies,” he explained.

So when Jesus warns against the bad leaven of the Pharisees, he’s talking about hypocrisy – a kind of “spiritual schizophrenia,” in which a person says one thing, but does something else, the pope said.

“It’s when you invoke the Lord with your lips, but the heart is distant from him,” he said.

King Herod is a good example of a “two-faced” hypocrite because he was kind and courteous to the Three Magi, persuading them to return with news of the child so he, too, could go and adore him, when in reality, he wanted a location so he could have him killed.

There is another kind of hypocrisy seen in the biblical doctors of the law, the pope said; they are people who do a lot of talking about what’s right, but don’t do it.

“They believe that by saying things, it’s all taken care of,” Pope Francis said. But “No. Things have to be done, not just said.” “The hypocrite is incapable of accusing himself; he never finds a stain on himself,” he said. “He accuses others,” like the one who notices a splinter in his brother’s eye but cannot see the wooden beam in his own.

“It’s important to not deceive ourselves, to not tell ourselves lies, but the truth,” he said. May everyone pray for the grace to see clearly whether they are “a truthful, transparent person or am I a hypocrite?” By Carol Glatz Catholic News Service

Pope: Sowing Bitterness –  If you do this you aren’t Christian

What Exactly is a Mortal Sin?

Pope: Cheating Workers Out of Just Wages is a Mortal Sin