Discrimination of women and gender-violence betray the teachings of Jesus. COLLEEN CONSTABLE explains. 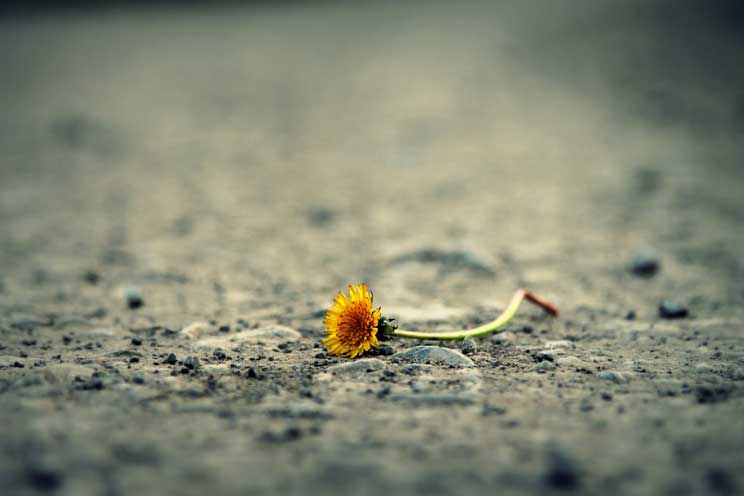 In a recent reflection on gender violence, Cardinal Napier raised some points about the relationship between men and women to which I will try to provide an alternative line of thought.

In doing so I hope to refresh thoughts on Church teaching drawing from Pope John Paul II, scripture and research linked to scientific facts of social justice issues.

First it is only fair to restate what Cardinal Napier wrote in his “Cardinal’s Corner” article in the August newsletter of the archdiocese of Durban, headlined, “In Reflections on Women’s Month and 16 Days of Activism against Violence towards Women and Children — Rooting out Violence from the Home and from Society”.

Cardinal Napier calls for a “continuous campaign for men to regain their self-worth, self-esteem and self-respect”. He has indeed over the years called for a dedicated men’s ministry.

In his article, the cardinal associates the use of violence by men against women to retaliation for their loss of power, and suggests that “man must be given back his position as leader in the relationship that his family and community have lived and passed on from generation to generation for centuries”.

Cardinal Napier writes that men are resentful because laws and policies have stripped him “of his self-image, dignity and self-worth”, and our Constitution has stripped “man of his rights, in order to affirm women’s rights”.

He notes that “the historical problems caused by colonialism and apartheid…stripped men of their manhood”, but “today it is the ideology of exaggerated and enforced equality that continues the damage. Powerless to resist, let alone redress, the situation by persuasion, man will inevitably resort to using what nature has given him in abundance — brute physical strength!”

Invoking scripture, the cardinal holds that the “most basic relationship between man and woman is found in the early chapters of Genesis…an explicit expression of God’s will for them to complement each other, not to compete with each other for superiority or control”.

We live in a rapidly changing world: our adaptability to change is challenged on a daily basis. How we respond to transformation determines the quality of the lens through which we view the world. We either adopt a traditionalist and conservative approach, or a liberal and progressive approach.

Going back to Genesis

First, the Old Testament teaches us that both men and women were created in the image and likeness of God. In the Old Testament we find expressions of both “feminine” and “masculine” characteristics of God. St Paul wrote that “there is not male and female; for you are all one in Christ Jesus” (Gal 3:28)

The New Testament sets the scene of a God who came to live among us. We learned about the “will of the Father” through the Son. It ushered in an era where women and men find “equality in Christ”.

St Paul wrote that “there is not male and female; for you are all one in Christ Jesus” (Gal 3:28). Pope John Paul II referenced St Paul’s letter to the Ephesians when he noted: “Jesus’ attitude to the women whom he meets in the course of his Messianic service reflects the eternal plan of God, who, in creating each one of them, chooses her and loves her in Christ” (Mulieris Dignitatem, 1988).

Second, Jesus was the most renowned advocate of women’s liberation, the most respected social justice activist, the world’s foremost promoter of non-violence, the most peace-loving and compassionate man who ever lived on earth. He set an irreversible example.

His death has redeemed women and men from sin. His words and actions towards women during his brief earthly ministry have liberated women from oppression and male domination. It was a woman who anointed Jesus before he undertook his sacrificial offering. He accepted the gesture of respect, silencing his disciples by saying: “She has done a good thing for me…what she has done will be spoken of in memory of her” (Mt 26:10-13).

The liberation of women is included as part of God’s plan for the human race. Matthew 1 mentions the four women in the genealogy of Jesus, whom we understood to have been sinful women or foreigners.

According to the African Bible, “aspects of Christ’s conduct showed how he wished to free women from their inferior position and to treat them as equals ( Lk 8:1-3, 10:38-42, Jn12). Women have their apex in Mary, the Mother of Jesus. The history of salvation has been based in a special way on women and not on men.”

In his letter to the 4th World Conference in Beijing he said: “Women’s dignity has often been unacknowledged and their prerogatives misrepresented; they have often been relegated to the margins of society and even reduced to servitude. This has prevented women from truly being themselves and it has resulted in a spiritual impoverishment of humanity.”

Fourth, in his 1988 apostolic letter Mulieris Dignitatem, John Paul clarified the man-woman relationship as found in Genesis, a chapter that is sometimes mischievously quoted to justify gender discrimination.

With reference to Gen 3:16 — “Your desire shall be for your husband, and he shall rule over you” — the pope stated: “The woman cannot become the ‘object’ of ‘domination’ and male ‘possession’. These words of Genesis refer directly to marriage, but indirectly they concern the different spheres of social life: the situations in which the woman remains disadvantaged or discriminated against by the fact of being a woman.

John Paul emphasised that “in all of Jesus’ teaching, as well as in his behaviour, one can find nothing which reflects the discrimination against women prevalent in his day. On the contrary, his words and works always express the respect and honour due to women”. The pope noted that in this Jesus went against “the prevailing custom at that time”.

The need for “setting women free from every kind of exploitation and domination”, the pope said, is  rooted in the Gospel and “goes back to the attitude of Jesus Christ himself”.

In his letter to the Beijing Conference, he thanked “women who work”. Addressing them directly, he said: “You are present and active in every area of life—social, economic, cultural, artistic and political. In this way you make an indispensable contribution to the growth of a culture which unites reason and feeling…to the establishment of economic and political structures ever more worthy of humanity.”

No justification for violence

Fifth, patriarchal violence can never be justified. The assertion made by Cardinal Napier, linking men’s loss of power and status to violent behaviour, has not yet been scientifically evaluated.

It is an analogy that recently emerged in the public space. It attempts to offer justification for violations of women’s rights. It should not be used to perpetuate the sensitivities surrounding gender-discrimination or patriarchal violence. Neither should the analogy be dismissed, unless it is tested.

Scientific facts through numerous international studies — of which some include South Africa — undertaken by leading international institutions and organisations suggest that the causative factors of violence against women and children are broad.

Men are indeed profiled as prominent perpetrators of violence against women and children — statistics are factual. More than one in three women worldwide have experienced either physical and/or sexual intimate-partner violence or non-partner sexual violence. Over 75% of women, who were physically or sexually abused since age 15, have been abused by both partners and non-partners.

Studies done in Australia, Canada, Israel, South Africa and the USA show that 40-70% of female murder victims were killed by their husbands or boyfriends. And studies from eight countries, including South Africa, indicate a strong relationship between intimate partner violence and child abuse.

A study in India found that the occurrence of domestic violence in a home doubles the risk of child abuse.

Sixth, scientific findings further suggest violence is preventable. A multi-sector approach based on the ecological model, encompassing all levels (individual, relationship, community and societal) is required to achieve efficacy.

Factors associated with interpersonal violence include weak community sanctions against domestic violence, low social capital and lack of access to sanctuary (shelters or support), and societal factors such as traditional gender norms and social norms supportive of violence.

While men are indeed profiled as perpetrators of patriarchal violence, they also perpetuate male on male violence.

It is the root causes of an attitude of gender discrimination and a culture of violence that should be addressed. Violence is preventable. We need to build a peaceful society, based on love and respect for the dignity of the other. We need to acknowledge the presence of God in every person.

Men should strive to adapt to a rapidly changing world where the traditional norm of “masculinity” has become outdated.

A men’s ministry, therefore, should respond to “the signs of the times”, following in the footsteps of Jesus, imitating his irreversible example and upholding the spirit of St John Paul II, our pioneer of reconciliation on gender-relations.

Colleen Constable is founding CEO of the South African Institute for Violence Prevention and an institutional transformational consultant. She is a former deputy director-general and CEO of the National Council Against Gender-based Violence. She has also served the country in the South African Police Services and Metropolitan Police Service at senior management level.