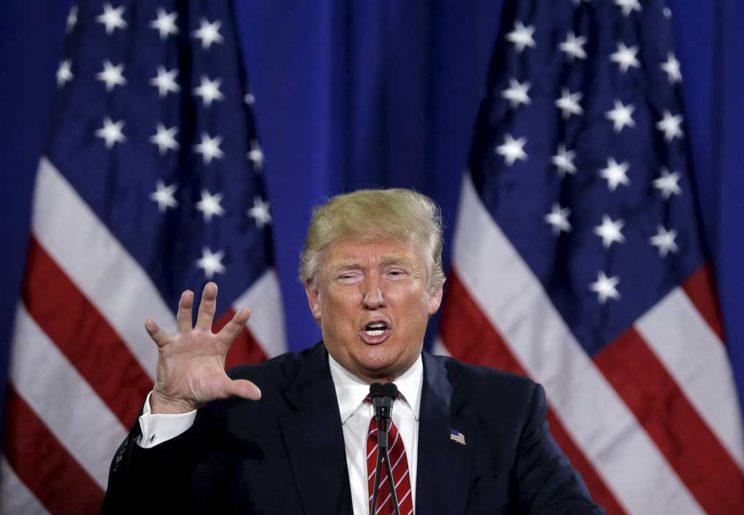 As Donald Trump is about to be sworn in as US president, FR CHRIS CHATTERIS SJ looks at the “post-truth” society in which the Propaganda of Confusion reigns.

Politicians have always had a difficult relationship with the truth. Some could be pretty cynical about it. Napoleon once said that it wasn’t necessary to bury the truth, just to delay its appearance until people no longer cared.

Has it got worse of late? There is considerable evidence that it has. The Oxford Dictionary’s Word of the Year for 2016 was “post-truth”, defining it as “relating to or denoting circumstances in which objective facts are less influential in shaping public opinion than appeals to emotion and personal belief”.

Many commentators are bemoaning the fact that during the US election campaign we entered a time in which there was a sustained and concerted assault on the truth.

Donald Trump is seen as the villain of the pack, though he is obviously neither the first nor the last politician to play fast and loose with the truth, or to delight in blurring the distinction between facts and feeling.

The appalling irony here is that the Trumps of this world frequently appeal to their supporters by posing as plain speakers, boasting of telling us how it really is.

Despite his claims to be a plain speaker it seems that the fact-checkers were overworked in the case of Mr Trump as they compared what he said to what was actually the case.

However, what disturbs many commentators is that fact-checking and publishing the discrepancies had little effect on Donald Trump’s progress to the White House. His crafty tactic was to put out an outrageous tweet early in the morning which would immediately be picked up by the news networks and then be repeated ad infinitum.

It is difficult to resist the comment that Hitler’s propaganda minister Joseph Goebbels would have loved Twitter because it enables a big lie to be repeated so many times, which Goebbels thought was the key to getting people to believe it.

Mr Trump’s cleverly barbed lies were undebunkable, partly because of the sheer number of times they would be repeated or re-tweeted. An astonishingly barefaced example was the one he put out after the election in response to the statistical fact that he won the presidency but lost the popular vote.

“I won the popular vote if you deduct the millions of people who voted illegally”, he tweeted, without producing any evidence to support his wild statement.

How does he get away with this? The famed political theorist Hannah Arendt explained the psychology of it: “Since the liar is free to fashion his ‘facts’ to fit the profit and pleasure, or even the mere expectations of his audience, the chances are that he will be more persuasive than the truth teller,” she wrote in the 1960s.

As well as the fundamentals of crowd-pleasing psychology — which was something the Greeks understood well when commenting on the dark side of rhetoric—there are modern conditions which have provided technological enhancements to this tendency.

I’ve already mentioned the way a clever and popular lie can go viral and thereby be almost unanswerable. In addition there is the capacity to plant what has recently been termed “fake news” on social media, which again, gets passed around, for example on Facebook, which now has over a billion members.

No matter that these fake news stories are outrageously untruthful—the fact is that because they are so lurid they are lapped up by our ever-itching ears as a kind of political “infotainment”.

Any teacher today frequently has to help young minds spot the lies, the fake news and the propaganda of confusion that pour through the electronic media portals of our era.

The Propaganda of Confusion is one of the most pernicious developments. More than one journalist has pointed out that Vladimir Putin, the ex-KGB operative, has created a whole media apparatus designed to confuse his domestic and global political opponents.

Russian TV, which purports to give an “alternative” version of the news and analysis of the Western networks, does not necessarily tell barefaced lies. Rather, it offers a variety of other “possible interpretations” intended to baffle us.

The obfuscation of the circumstances surrounding the shooting down of the Malaysian airline flight MH17 over the Ukraine in July 2014 is a case in point. The Russian government media’s alternative “narrative” was that the aircraft was brought down by a Ukrainian fighter. The insinuation here was that the incident was staged by the Ukrainian military in order to discredit the separatists.

A similar tactic of sowing just enough doubt has been employed by some of the big fossil fuel industries in the United States.

Many media outlets cooperated with this by giving a disproportionate amount of airtime to the so-called “climate sceptics”, despite the fact that an overwhelming majority of scientists affirm that climate change is happening and is being enhanced by the excessive burning of coal, oil and gas.

But incredibly, enough doubt has been cast on the scientifically demonstrated reality of climate change for such scepticism to become a quasi-credo of the Republican Party, and Mr Trump is about to become almost the only climate-change denying head of state in the world. Unfortunately he will be the most powerful one as well.

What should set the alarm bells ringing in the Church is that we may be entering an era in which not only is truth hard to come by because there are so many powerful people who want to darken it, delay it, bend it and manipulate it to their selfish ends, but also that ordinary people may be giving up on truth itself.

When we all end up like Pilate with his jaded “What is truth?” on our lips, then we may find ourselves in a world in which the proclamation of the truth has become extraordinarily difficult, and in which when people meet the One who is the “way the truth and the life” they will find it harder and harder to recognise him.

If there is any reason, then, for the Church to be involved in the search for the truth, including in her political commentary, it is surely that for the next four years we will have to deal with a Trump-Putin post-truth world.