Theologian: Christian unity possible but not a ‘call to ignore realities’ 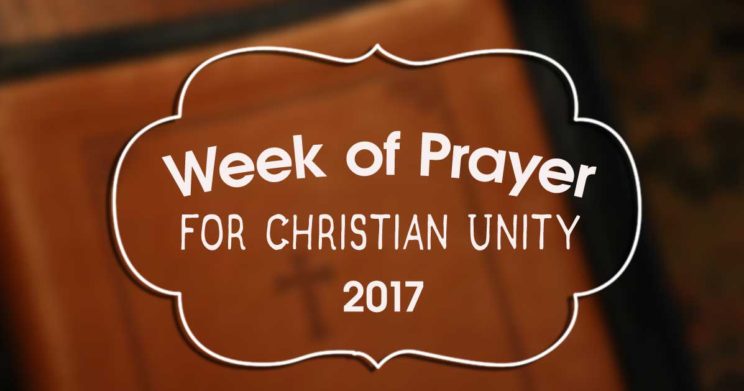 Disagreements among Christians have existed from the beginning, but there is a way to live in unity until disagreements can be resolved, said a theologian speaking about the need for unity among Christian churches around the world.

“We will have disagreements, that is predictable, but must we have divisions?” asked Michael Root, a member of the U.S. Lutheran-Roman Catholic Dialogue, in a reflection during a prayer service in Washington on the eve of the 2017 Week of Prayer for Christian Unity.

“There are real disagreements among those who claim the name of Christ, disagreements about sacraments, about how we live out the Christian life, about how the church reaches decisions. Some differences may mean that we cannot do together some things Christians must do together to be one church,” Root said. “The ecumenical quest is about overcoming those differences, but also about how we live with them in meantime.”

Catholic Bishop Mitchell T. Rozanski of Springfield, Massachusetts, presided over the event attended also by Bishop Richard Graham of the Washington, D.C. Synod of the Evangelical Lutheran Church in America. Bishop Rozanski is chairman of the bishops’ Committee on Ecumenical and Interreligious Affairs.

The event was similar to others around the world where religious leaders gathered to mark the annual event, taking place Jan. 18-25 this year.

“We look more to that which unites us rather than that which divides us,” said the pope during his weekly general audience while referencing the Week of Prayer for Christian Unity.

The pope travelled in October to Sweden to an event commemorating the Reformation. The 16th-century Protestant Reformation began when in 1517 Martin Luther nailed his 95 theses on the door of All Saints Church in Wittenberg, Germany, separating from the Catholic Church. The event subsequently gave rise to a variety of Christian churches. It also led to violence on both sides.

On Jan. 18, the Anglican archbishops of Canterbury and York in England, while mentioning the blessings of the Reformation, also said the events surrounding it had caused “lasting damage done five centuries ago to the unity of the church, in defiance of the clear command of Jesus Christ to unity in love.”

Root, the theologian at the Washington event, said that over the last century, Christian churches have experienced “a renewed commitment to the pursuit of a deeper unity with one another.” While it’s yielded fruits, it’s also important to learn how to “live with the limitations of our pursuit of greater unity. The call to unity is not a call to ignore realities,” he said.

Franciscan Father Larry Dunham, guardian of the Franciscan Monastery of the Holy Land, where the event was held, said the week’s theme “Reconciliation: The Love of Christ Compels Us” is not only appropriate given current world and international events but also because this year marks the 500th anniversary of the Reformation.

“How far we’ve come in these past 500 years and how far we have yet to go,” Father Dunham said. By Rhina Guidos Catholic News Service