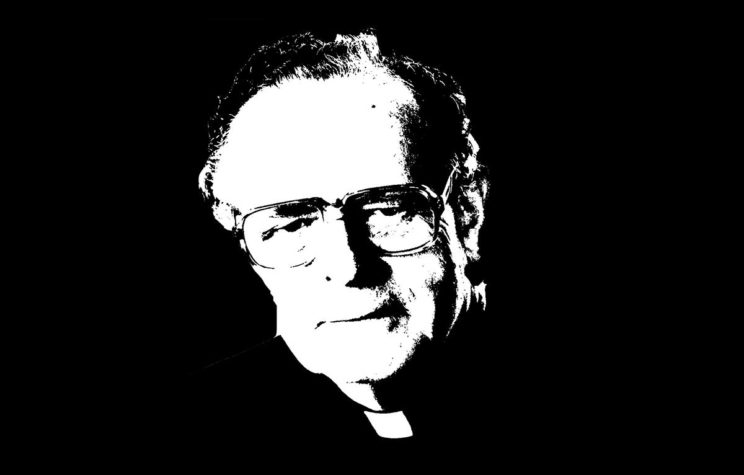 The first step on the road to the possible canonised sainthood of Archbishop Denis Hurley, one of the great sons of the South African Church, has been made.

Cardinal Wilfrid Napier, as archbishop of Durban, has invited the faithful to demonstrate their desire to have his predecessor canonised.

If there is evidence of a popular devotion to Archbishop Hurley, then the archdiocese may give permission for a sainthood cause to be opened, to be run either by the archdiocese or by the Oblates of Mary Immaculate, the order to which the archbishop belonged.

With the cardinal’s encouragement, a shrine was set up in Emmanuel cathedral at the grave of Archbishop Hurley, who died on February 13, 2004 at the age of 88. When people kneel on the prie-dieu at the shrine to pray for Archbishop Hurley’s intercession in their intentions, they will bear public witness to a devotion which unquestionably already exists.

For many people, there is no doubt that Archbishop Hurley’s long life in the service of the Church and the country gave substance to what it means to lead a holy, saintly life.

This does not mean that the archbishop was without sin or faults — no person is free of those — but that through his faith he always sought the grace to conquer his failings.

Those who knew him will speak of Archbishop Hurley’s humility and kindness, his tolerance for the failings of others, his courage in ceaselessly advocating for justice, even at risk to his personal safety.

These are indeed holy virtues. And they were rooted in his profound faith in Our Lord and his blessed mother, his openness to the promptings of the Holy Spirit, and his submission to the guiding hand of the Father.

Those who have a devotion to the archbishop are certain that he is with God — among all the other saints, canonised or not—ready to intercede on their behalf.

And their prayers for his intercession, made in public and privately, constitute the evidence for the desire of the faithful which the archdiocese of Durban needs to determine that a sainthood cause could feasibly proceed.

To that end, The Southern Cross this week on page 11 produces the prayer which has been approved for the faithful to recite. We hope readers will cut it out and use it in their prayer life, or display it prominently to promote the devotion to Archbishop Hurley. We are also making it available for download on our website (www.scross.co.za), so that those who wish to spread the devotion may do so on social media platforms. 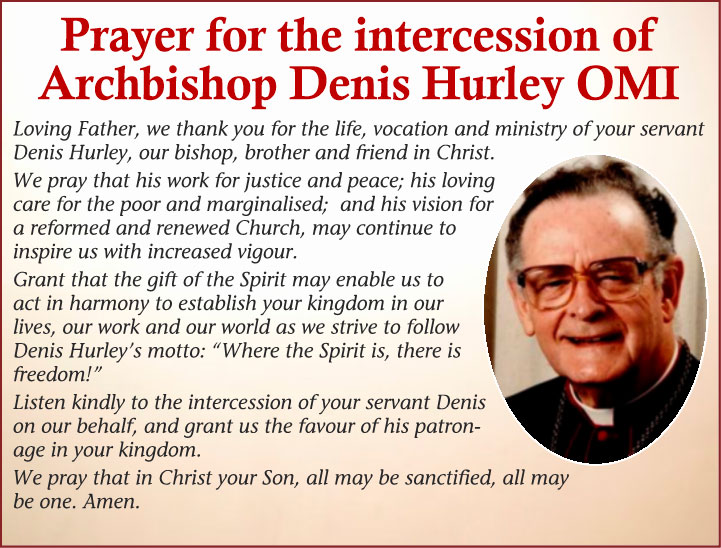 Once the archbishop of Durban — Cardinal Napier or his eventual successor — green-lights the cause for Archbishop Hurley, and the Vatican gives its nihil obstat (“nothing stands in the way”), those tasked with running the cause will begin researching the life of Denis Hurley. Though there is an abundance of documentation on his life, including his prodigious writings, the promoters will also seek testimony from many who knew the archbishop.

This phase of the process can take many years. At the end of it, the documentation is submitted first to a diocesan tribunal and then to the Vatican. If the Vatican approves, the cause is passed to the pope who may or may not issue a “Decree of the Heroic Virtues of the Servant of God”.

If he does, the candidate is declared “venerable”, and it requires an approved miracle to clear the way for beatification (again, subject to papal approval). A further miracle is then needed for canonisation.

This means that, even if the cause is approved soon, the way to St Denis of Durban is going to be long.

Aside from our personal petitions, it is in this domain especially where groups of Catholics can fruitfully invoke the intercession of Archbishop Hurley: as a patron for justice, for peace, for reconciliation, for tolerance — and for the poor, be it in worldly goods or in spirit.