What’s the Difference Between Fasting and Abstinence? 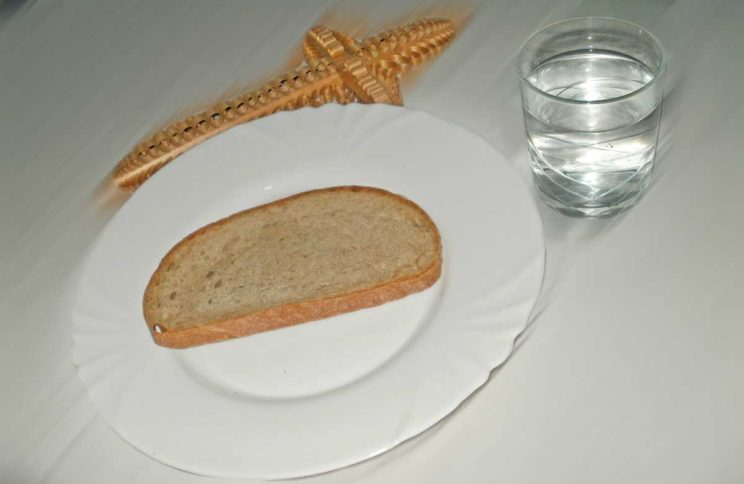 Abstinence refers to our Lenten sacrifice, such as giving up (or at least trying to) sweets, alcohol or Facebook for the duration of Lent. Fasting refers to the diet we are called to follow on specific days.

Lent is the time before Easter during which the faithful abstain and fast in remembrance of the ultimate sacrifice Jesus made on Calvary.

It is a 40-day time of preparation before Easter, the memorial of the death and resurrection of Jesus.

There are two main ways that Catholics use to focus on growing closer to God during the Lenten season: abstinence and fasting.

Abstinence is the act of “doing without” or avoiding something.  For example, someone may abstain from chocolate or alcohol by not consuming them.

Particular days of abstinence during Lent are Ash Wednesday and all Fridays,  as well as Good Friday.

As canon law states, Catholics over the age of 14 are expected to abstain from the eating of meat on Ash Wednesday and all Fridays throughout the Lenten Season (1250-53).

During Lent, Catholics are also encouraged to undertake some sort of personal penance or abstinence.

Examples include giving up sweets, a favourite TV show or not listening to the radio in the car on the way to work. Giving up these things isn’t some sort of endurance test, but these acts are done to draw the faithful closer to Christ.

For example, a person may give up his favourite TV show, but if he simply turns the television to another channel, the Lenten penance really does not mean as much. Instead, the person should consider devoting the spare time to prayer or perhaps his family.

READ  Where do we Meet the Dying Jesus?

As always, when considering acts of penance that are stricter than the norm, it is important that the Catholic would speak with a priest or spiritual director. Any act of penance that would seriously hinder one’s health or the health of others would be contrary to the will of God.

Fasting is the act of doing with less. In the Catholic Church, those between the ages of 18 and 59 must fast on Ash Wednesday and Good Friday (canon 97).

On such days, those fasting may eat one full meal, as well as two smaller meals, sufficient to maintain strength. However, together, the smaller meals should not equal a full meal.

Eating between meals is not encouraged, but liquids are allowed.

It is important to understand that the Church excuses certain people from these obligations. Examples include those who are frail, pregnant or manual labourers.

The Church understands that certain people are not able to commit to the Lenten fast.

The time of Lent, through fasting and abstaining, may be an important reminder of what it means to suffer. This small suffering should not be met with misery but with great joy as we better understand the incredible sacrifice that Jesus Christ made for humanity.