We Need A Child-Centred South Africa 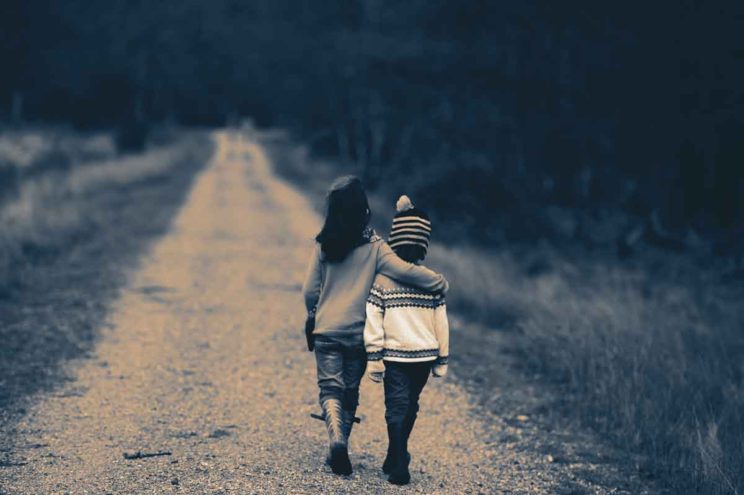 In the midst of the political muddle that is South Africa, we need to re-vision a defining ideal.

Part of the frustration and disillusionment of the current molasses mess we find ourselves in is that the defining narratives and metaphors no longer hold the popular imagination.

When the political capital of the liberation struggle, the so-called Rainbow Nation, the colonial mentality and the unresolved trauma and anger no longer hold our attention, what can we say that the psyche of South Africans — as defined by the Freedom Charter — will be captured by?

In Johannesburg, and in many other parts of the country, the early pioneers of Catholicism focused on the real needs that they found in this dusty and “temporary” settlement. From the arrival of the Sisters of the Holy Family of Bordeaux, they tackled courageously the defining problems of an area that was initially ignored by the rudimentary government of the time.

Kruger’s Volksraad hoped (like a later president did with the HIV pandemic) that the settlement would just disappear, like other gold rush places. It was all about exploitation.

The Zuid-Afrikaansche Republiek never made provision for healthcare or education in the tent city that was Johannesburg. That’s where the courageous Sisters of the Holy Family of Bordeaux came in. They and the Church that followed their lead focused on children and healthcare.

If we are to find a new defining narrative for South Africa after the inevitable departure of the current president pro tem, what should that be?

I think that we need to re-vision a country to be child-centred.

Imagine a defining vision that starts from the health of mother and child in the womb, to proper care and provision for dignified housing, proper schooling, effective nutrition and so on.

This child-centred vision is not the banaba Mbeki idea of endless grants but a defining vision of community and government placing children at the centre of everything we do. Imagine a country and a Church where our central tenet and focus is on our children!

In some ways the current South African political process has this in play with such legislation as the Children’s Act and the very interesting efforts of the Department of Basic Education to focus on Early Childhood development best practice.

Yet, this focus won’t reach fruition as those who are trying to pursue this vision have been hamstrung by the Termination of Pregnancy Act. By choosing death over life, I believe that they have killed the possibilities of a child-centric country.

This country is very young. Part of the attraction of the angry narrative of the Economic Freedom Front and others is that these are generally disruptive young people who will not keep quiet about their exclusion and marginalisation. No longer will a delayed gratification promise be useful or effective.

If we take the child seriously, it will dictate so many of the policies and priorities of community and government.

Imagine if you asked the state security apparatus if the 26 vehicles of the presidential motorcade is child-centric? What of the behind-the-bicycle-shed scraps that is parliament, the Twitter outrages, the never-resolving discussions on race and colonialism and tribal politics? I hazard that if we focus on being child-centric, this will be relegated to the position that it should occupy.

If a whole country focuses on the child, we can demand that healthcare be revisioned so the benefit works to the child and the parent. We can demand that education is removed from its current reductio ad absurdium downward spiral. We can ask if the refugee Child or undocumented migrant child can be included and not excluded as it currently is.

We can see that transport legislation focuses less on who isn’t paying and more on the horrifically unsafe transport solutions for children.

Possibly the deepest and most profound re-visioning will be the need of parents to rethink their responsibility towards their children.

Our urban South African culture — and possibly most of our culture — has forced or allowed parents to abandon their children to the other: the educator, the hired help, the relatives.

In my work with schools, many schools have children on premises from 6am to after 6pm. This is a culture that has put career over children. Yes, many parents need to work absurd hours to make ends meet — most South African children coming as they do from single-parent households — but is this the future that we want?

One wonders if this focus would not radically change our approach to liturgy, language and mostly catechesis.