Whom Shall I Send? The Next Generation of Leaders 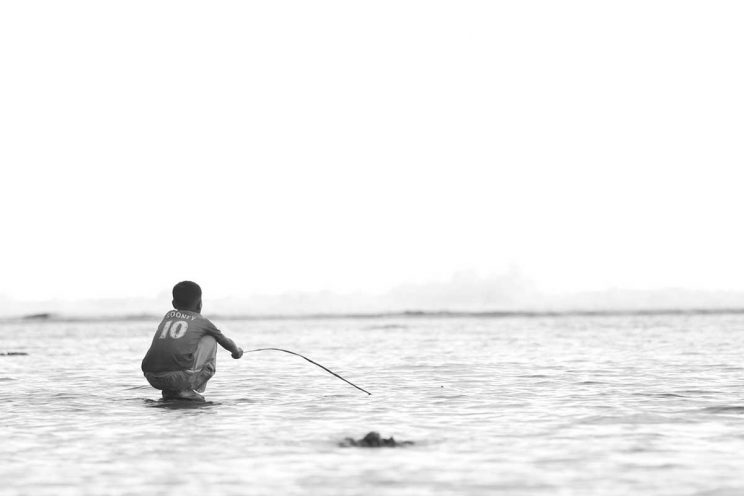 Our newspapers and TV have been full of comments and questions recently about leadership.

Often unfavourable comparisons are made between current political leaders and heroes from previous generations. Has the current generation lived up to the standards of their predecessors? And what about the next generation of leaders?

The sudden death recently of Bishop Barry Wood gives us reason to reflect also on how leadership in religious circles passes from generation to generation.

Bishop Barry was not the head of the Church in Durban; that is Cardinal Wilfrid Napier’s position since he succeeded Archbishop Denis Hurley 25 years ago. As auxiliary bishop and vicar-general, Bishop Barry was the cardinal’s “number two”. But there is an important sense in which Bishop Barry did carry on the torch that was lit by the late Archbishop Hurley.

Both of them were members of the Catholic order of priests called the Oblates of Mary Immaculate (OMI) who have a distinguished history in South Africa.

The Oblates were among the first European Christian missionaries (initially from France and then from Ireland) who came to this part of KwaZulu-Natal and also to Lesotho.

A walk around the graves next to Emmanuel cathedral in Durban shows, by the letters OMI after their names, how many of the first waves of Catholic priests were part of this group. It also reveals how young so many of them were when they died, often of tropical diseases.

Nevertheless, they kept on coming. Their Latin motto in English means, “Go and preach the good news to the poor” — and they took this seriously. They were not content with being just European priests to cater for the European settlers; they also wanted to reach out with their mission to Zulu, Sotho and later Indian people of these areas and bring them the Good News.

There are, of course, debates about the merits of evangelisation, conversion and colonial missionary activity, but I can’t enter into those here.

But it is worth noting that the commitment of the OMIs was — and remains — to respond with practical and physical help, and not just spiritual.

Of course, they were not alone in this. A glance through the history of South Africa reveals many other religious organisations — other congregations, different branches of Christianity, as well as Muslims, Hindus and Jews — who have also made their contribution to the development of South Africa and her people. 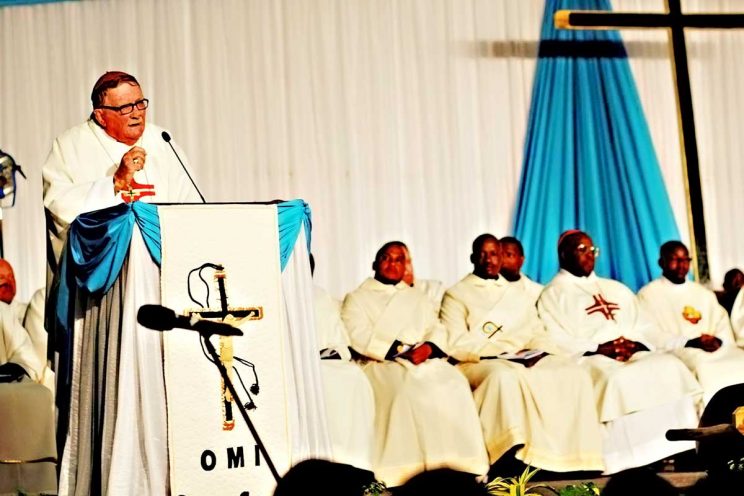 Bishop Barry Wood OMI and other leaders of integrity

Bishop Barry’s family were of Irish origin — his bright red hair testified to that — but he was South African born-and-bred, as most OMIs now are.

He was only four years old when his great hero Denis Hurley was made a bishop. Barry, who was born in Port Elizabeth, went on to join the OMIs, inspired by Hurley and others. He was ordained a priest in 1968 at the age of 26.

At that time Archbishop Hurley was 53 and, having just attended Vatican II, was at the peak of his influence in the worldwide Church. Fr Barry reached the status of bishop, as episcopal vicar and then auxiliary bishop assisting Cardinal Napier, in 2003, only a year before Hurley died.

He shared Hurley’s passion to serve the poor, and his undoubted commitment to speak out for the marginalised and to challenge instances of injustice.

I discovered this for myself once when he called me in for a grilling over a decision of mine which he thought was unjust; he wanted a full explanation, not a whitewash!

Since moving to South Africa, I have been blessed to meet leaders of great integrity from across the religious traditions — not only among our own bishops and priests, but sisters like Biddy-Rose Tiernan SND and Shelagh-Mary Waspe HF, lay people like Paddy Kearney, leaders from other Christian traditions like Rubin Phillip and Frank Chikane, and leaders from beyond the Christian world like Albie Sachs, Edwin Cameron and Ela Gandhi.

They have followed on from heroes who came before them and they in turn will not be around forever. With Barry’s passing, and the passing of other great heroes recently like Ahmed Kathrada, we have to ask ourselves, who is succeeding them? Where is our next generation of leaders of integrity?

Of course, we should be inspired by previous generations. But we need to do more than just echo who they were.

We have seen in politics recently how the echo can get distorted or lost. And, no matter how well-intentioned we are, an echo will still fade away. Each generation needs to add its own voice and so reinforce the echo that cries for justice.

We cannot just trade on the past, or hope that the virtues and merits of a previous generation will pull us through. And most importantly, we have to be willing to make the sacrifices — as individuals and as institutions — if our work for justice is to have any substance or credibility.

So, as we gather to mourn the passing of another great person, let us spend time asking ourselves what legacy we intend to leave behind?

Let me end on a lighter note. Bishop Barry was known not only for his big heart but also for his great sense of humour.

The Denis Hurley Centre honoured him a few months ago at a concert with seven choirs from different Catholic junior schools as an early celebration of his 75th birthday in June — which sadly he never reached. The concert finale was a surprise rendition of the Abba song “Thank You For The Music”.

He seemed to enjoy it though he was also a bit bemused and asked me afterwards why we had chosen that song. “Because,” I explained, “someone told us you are a big fan of Abba.”

“Ah,” he replied, with his mischievous Irish eyes twinkling. “Don’t believe everything you hear about me!”