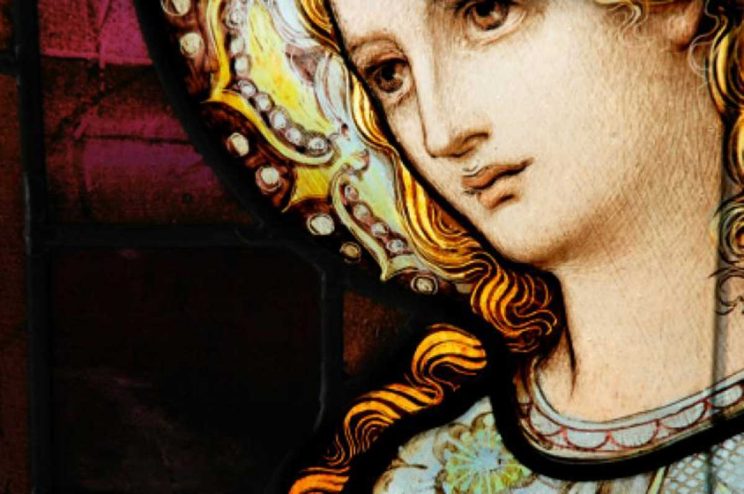 One of the great treasures in the practice of the Catholic faith is the special relationship it encourages with the Blessed Virgin Mary. This is a privilege we Catholics share with sister churches such as the Orthodox and Coptic Churches. Our Lady accompanies us on our pilgrim journey through life. For Catholics this is an assurance that finds expression in acts such as our devotion to the rosary.

Christians who have a special relationship with Mary receive her as a source of strength and of comfort. When we feel too unworthy of being in the presence of her Son, we can be certain that his Mother — our Mother — is there to mediate on our behalf.

Our Lady accompanies us on our pilgrim journey through life. For Catholics this is an assurance that finds expression in acts such as our devotion to the rosary.

So the 100th anniversary of the reported apparitions of Our Lady at Fatima in Portugal to three peasant children is a cause for great excitement which will surely stimulate a renewed sense of Marian devotion.

Pope Francis is honouring the centenary by making a visit to Fatima and canonising two of the visionary children, Francisco and Jacinta Marto (the sainthood cause for the third, Sr Lucia dos Santos, who died more than 80 years after the Marto children, is running separately).

The centenary celebrations, which in Fatima run until October and in the worldwide Church until November, put a renewed focus on the content of the messages that were conveyed to these three children. For most Catholics, the elementary premises of these messages are uncontroversial and profoundly Catholic: love and worship the Lord, be good to others, repent for sin and pray often, especially the rosary.

Other matters in the revelations continue to stir controversy, such as whether the popes have properly met Our Lady’s request for the consecration of Russia to her — Sr Lucia confirmed that they have — and conspiracy theories over the so-called Third Secret.

It is legitimate to study and discuss the content of the messages conveyed at Fatima, an approved site of Marian apparitions. But we must beware of debates about them that cause division and antagonism between Catholics. Our Lady must not be abused as a source for acrimony. Their persistence would not conform with the actions of kids playing an elaborate prank. Nor did these children have the maturity or educational attributes by which they could invent such complex messages as they conveyed to the public.

Inevitably, the Fatima centenary will also raise questions about the authenticity of the apparitions.

There are many reasons to believe that what the three children reported was genuine. Under cruel interrogation, they independently and consistently stuck to their account, even at the threat of being boiled in vats of oil.

Their persistence would not conform with the actions of kids playing an elaborate prank. Nor did these children have the maturity or educational attributes by which they could invent such complex messages as they conveyed to the public.

Moreover, the Miracle of the Sun — interpreted as the miracle which Our Lady promised at an appointed time as a means of confirming the children’s reports — cannot be simply ascribed to coincidence, nor to the absurd suggestion of a mass hallucination involving up to 100000 people. Whatever happened that day, and specifically at that time, is inexplicable.

Still, Catholics are free to doubt the apparitions, in part or total. Nothing in Catholic teaching obliges us to accept any apparition of Mary or Jesus as authentic. They are what the Church terms private revelations.

The approval of any apparition by Church authorities does not serve as a definitive confirmation of their authenticity. So Catholics may disregard the visions of any or all reported apparitions and the specific devotions associated with them.

Indeed, a Catholic’s faith or devotion to Our Lady is not diminished or impoverished by scepticism about reported apparitions.

Of course the converse also applies: a healthy devotion to an apparition and its message can also be an immense enrichment to a Catholic’s faith and relationship with Our Mother.

And even if one has doubts about reported apparitions, the fruits of the essential messages and devotions associated with them can nonetheless yield great spiritual rewards by emphasising the need for prayer for ourselves and others, the call to selfless service, the battle against sin, the love for the Lord, our acceptance of his mercy and so on.

The centenary of the Fatima apparitions gives us cause to celebrate all these gifts of faith.