God is Eternally Good – My Answer to an Atheist 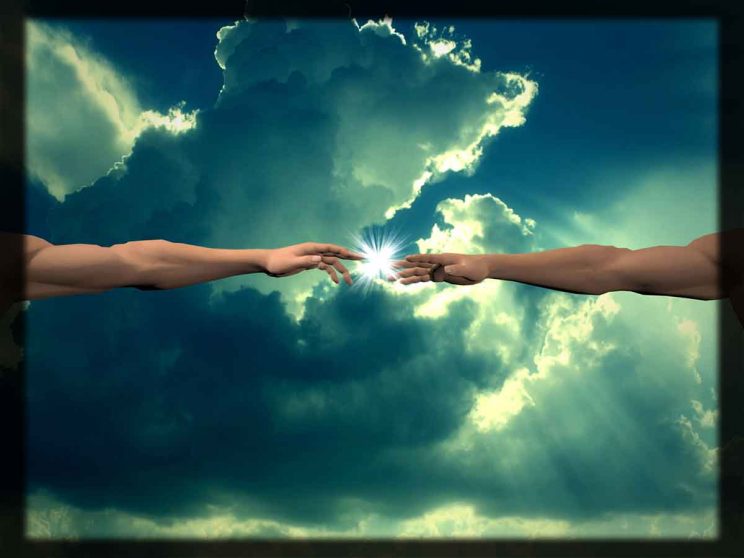 Why does God permit evil? Is it because he is not good? Or is he cruel? Mputhumi Ntabeni takes an atheist and these questions to task.

During the recent Knysna fire disaster, Daily Maverick columnist Ivo Vegter wrote a piece titled, “Knysna: When Prayer And Praise Get In Your Face”.

The article was complementary of the work the Church and other religious institutions did and do to relieve the victims of the disasters. But it was scathing, of the Christian behaviour in particular, which at the time clogged the social media groups — designed to assist rescue workers — with endless prayers and comments and praises of God’s goodness.

“Why,” Mr Vegter demanded to know, “shouldn’t one conclude that a god who lets six people, including a three-year-old child, burn to death, is either evil or does not exist? Why would a benevolent god permit the destruction of hundreds of houses, in both poor townships and rich suburbs, leaving thousands homeless? If this is the god you believe in, your god is capricious and cruel.”

Mr Vegter is not interested in your prayers for him. Or your “pat answers” and assurances about “some mysterious plan which we cannot understand and is never revealed”. Nor the eventual triumph of goodness over evil in the next life.

He attacked another strawman: “Or God is testing us, because, well, that’s just what a bored god does: cause us harm and dare us to stop loving him. We’re just supposed to trust blindly that this god isn’t as evil as he appears to be.”

St Augustine (354-430) recognised that people’s understanding of evil leads them astray against the nature of goodness: “Evil has no positive nature, but the loss of good has received the name evil,” he said “All which is corrupted is deprived of good.”

According to him, just as a shadow appears where light is blocked, so does evil come when goodness is blocked.

The conclusions of this great African theologian and saint have been argued ever since.

Some theologians, like the German Lutheran Friedrich Schleiermacher, (1768-1834), objected to the notion that God gave good creatures the freedom — what St Augustine called “free will” — to also decide to do bad things.

If a being is perfect in its goodness, the argument goes — not too dissimilar to Mr Vegter — then the creature would never sin, even if it were free to do so. Evil would then have to create itself ex nihilo — out of nothing — which is ridiculous.

But this objection confuses moral perfection with immutability. A perfect vase can be broken in the same manner that an innocent nature can be corrupted.

Allowing the possibility for the pure nature of created goodness to be corrupted is the cherry on top of the homo sapien creature, because it affords it opportunity to cooperate towards its own perfection.

If I correctly understand Mr Vegter — leaving aside his professed atheism — his argument is that the nature of God must be evil, because only evil could create evil. And God has no excuse for there to be evil because it should be possible for an omniscient power to give creatures power to make choices that preclude evil.

If there was no God, there would be no good

Christian theologians and philosophers have answered this point by what they call plenitude. God is not interested in half measures when it comes to homo sapiens and gives the greatest possible freedom of choice.

What Mr Vegter, and those who deploy his line of reasoning, do not seem to understand is that without plenitude humans would be unable to do all the things he admires in them, especially during that tragic week of the Knysna fire: courage, generosity, empathy, mercy, heroism, perseverance, faithfulness, self-control and so on.

These are virtues and elements of character that are dependent on moral choices, which is the gift of plenitude in humans.

God wants this, and more, from human creatures — not that they be mere creatures of service, but friends and companions in service of Love.

Lastly, if Mr Vegter is genuine in his atheism — in the tradition of the philosopher John Locke, not today’s postmodern commercialised lot—he would not judge us Christians by the utterings of misguided fundamentalists who have more in common with the superstitious than with mainline Christianity. He would listen carefully to what we profess as our creed, and notice that we begin each sentence with the words “I believe…”— not “I know”.

Then people like Mr Vegter would understand that ours is an act of faith, according to the revelation teachings of Yeshua, the Christ. And that we constantly act to transform the language of our belief to match the authentic scientific discoveries (another form of revelation) in every age.

Perhaps, then, these people understand why the gates of hell will never prevail upon this Rock.

The Gig’s Up: We Are Weak and We Need God