Do You Wear the Stench of Corruption? 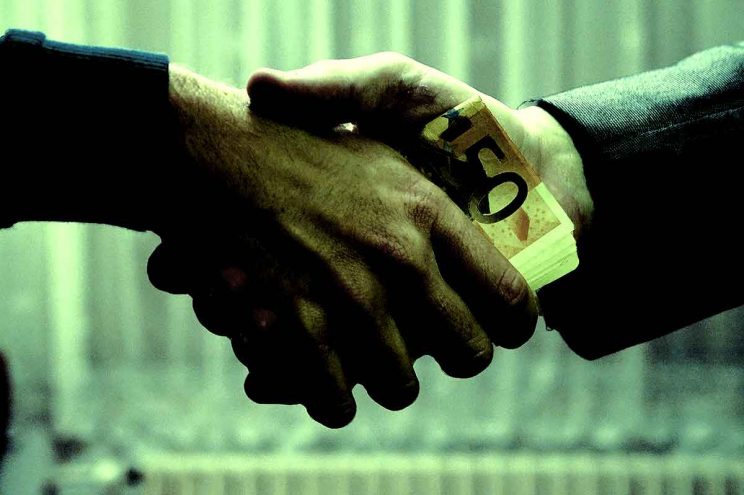 Even Christians can easily fall into the trap of corruption, for example by bribing someone.

Our era is one of the most challenging for those who want to lead authentic Christian lives. Apart from the false teachings that detract believers from authentic Christianity, there are practices that we may not easily detect to be unchristian.

One of these practices is corruption. We find ourselves being caught willy-nilly in the web of corrupt practices which have become such a regular feature of life that we may not even be aware that we are tempted to participate in something that goes against our Christian values.

As a business person, a house owner or subordinate in an organisation you get frustrated, and you see those who are conforming to corrupt practices getting whatever they want.

Women who become mistresses of powerful people find themselves being heads of departments or chief executives of state enterprises. Those who bribe government officials have things done for them. Those who offer kickbacks in order to get tenders become very successful in business. These practices have become such a common feature of life today that our consciences may be blunted to the fact they fly in the face of our faith.

After a While, it Doesn’t Seem So Bad?

A priest in a homily I heard recently recalled how at boarding school he and other boys had the duty of feeding and cleaning pigs. In the beginning, they felt the smell of the pigsty, but as time went on they got used to the smell. But the boys who had not been to the pigsty would be repulsed by the stench coming from those who had been feeding the pigs.

In the same way, we Christians can become so much a part of the society-corroding corruption that we become unaware of the evil in which we are participating. We don’t smell the stench of our corruption.

We are not supposed to conform to the standards of this world. What St Paul said to the Ephesians applies to us today: “So I tell you this and insist on it in the Lord, that you must no longer live as the Gentiles do.”

Paul goes on to add: “You were taught, with regard to your former way of life, to put off your old self, which is being corrupted by its deceitful desires; to be made new in the attitude of your minds; and to put on the new self, created to be like God in true righteousness and holiness” (Ephesians 4: 17-24).

What St Paul is telling us, in part, is that we must be spiritually transformed people so that we are able to distinguish between the good and the bad in our complex society; and so that we can choose to be guided by the values of the Kingdom of God instead of conforming to the standards of our secular society.

What are the implications of participating in corrupt practices? What are our obligations as Christians and how can we be spiritually transformed as suggested by Paul?