Knights of Malta: Refugee Rescue is a ‘Human Obligation’ 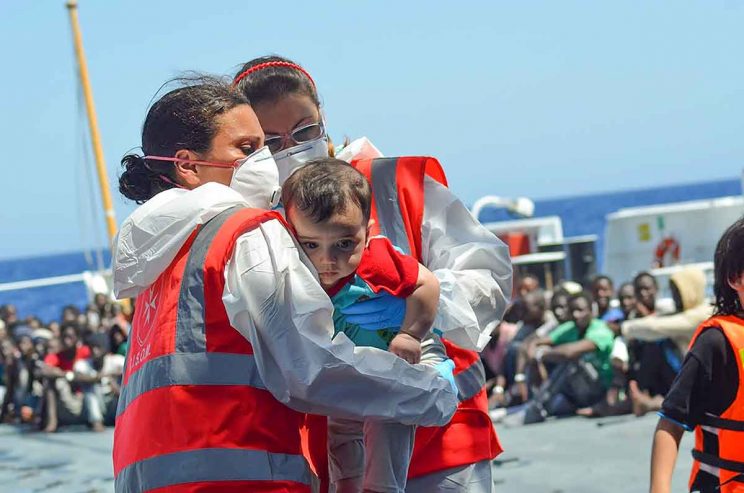 While European leaders continue to debate how to handle the influx of refugees, the head of the Order of Malta’s Italian relief corps said that search and rescue operations are a human obligation.

Those who believe that rescuing countless refugees who escape war, hunger and persecution only encourages more people to make the treacherous voyage “often do not know what they are talking about,” Mauro Casinghini told Catholic News Service.

“When you find yourself in front of a child – who could be your son or daughter – that is drowning, you would throw yourself in to save them as if they were your own,” Casinghini said.

Although the order’s relief corps has worked alongside the Italian coast guard rescuing refugees stranded at sea since 2007, the Knights of Malta humanitarian work was recently overshadowed by an internal crisis that led to the resignation of the order’s former grand master, Fra’ Matthew Festing.

Speaking at a news conference following Festing’s resignation, Albrecht von Boeselager, grand chancellor of the order, said that while recent events have shown that “we are not immune to crisis in our government,” the Knights of Malta will continue placing their priority on helping migrants, the poor and the marginalised.