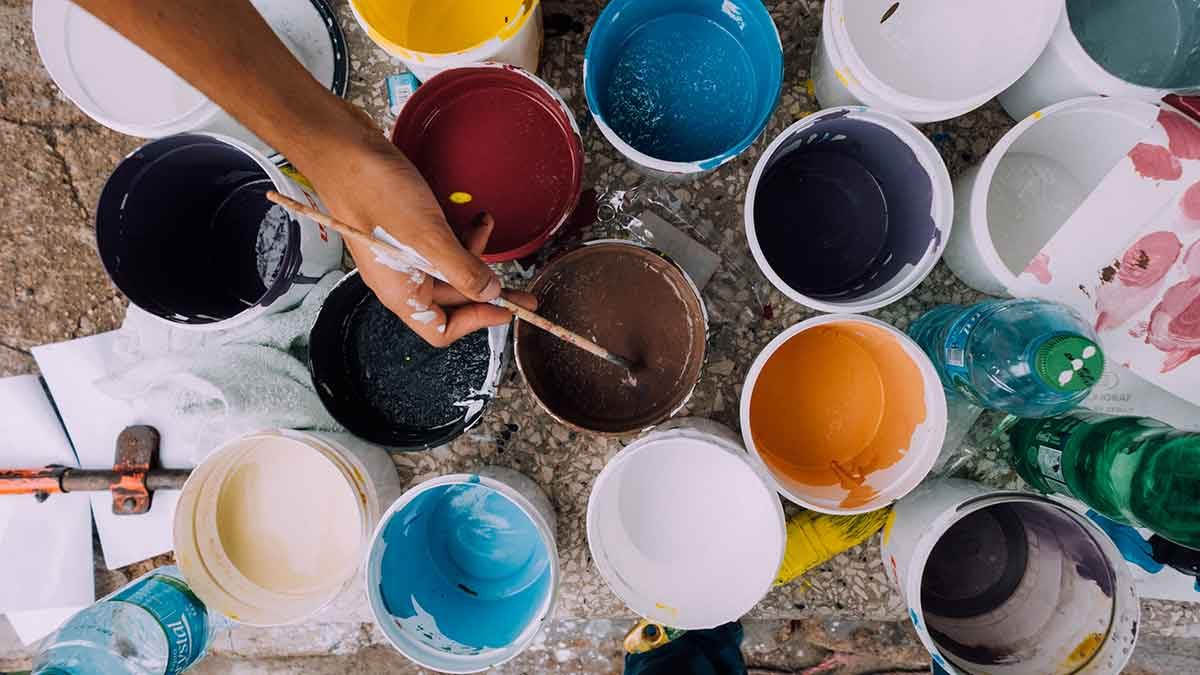 Can art reignite our sense of wonder at creation? The pope is praying it will this August.

Prayer Intention: That artists of our time, through their ingenuity, may help everyone discover the beauty of creation.

Information is not enough. If one thing has become clear about the environmental crisis that faces humanity, it is that the scientific data has left many of us unconvinced or inactive.

One extreme is a blank denial that the problem even exists, and this is even bolstered by fantastic conspiracy theories which claim that all those scientific warnings are put out by evil boffins plotting together to falsify the data in the interests of milking their state funders.

Why do otherwise intelligent people fall for this? Why are some of us dangerously unmoved by the plight of creation? Why can Pope Francis see that the “earth, our home, is beginning to look more and more like an immense pile of filth” (Laudato Si’ 21) while others shut their eyes and close their ears, denying the evidence of their physical senses and their common sense?

And why do we, who agree with the Holy Father, do nothing about it? We know what we should do. We know we should shrink our carbon footprints but we continue to live like what the environmental economist Kate Raworth calls the “global carbonistas”?

We have not, for all the warnings, changed our habits that much. We may not be climate-change denialists, but we often act as if we are.

Secular commentator George Monbiot thinks the problem is partly due to our loss of wonder at the natural world. I’m convinced he’s right. We just don’t get out enough and look contemplatively at the earth which is “crammed with heaven”, as the poet Elizabeth Barrett Browning put it.

As for our sedentary and increasingly obese children, glued to their electronic devices and cut off from the wonderworld around them, well, that’s for another column.

Have We Lost Our Sense of Wonder?

Unless we have a fundamental sense of the beauty of the cosmos, we seriously risk being artistically illiterate. We won’t be able to fathom what artists are getting at when they try to tap into our sense of wonder in their depictions of the natural world in painting, poetry, dance and song.

They will even struggle to do so using those media which modern people are more conversant with, such as film and photography. It’s a sad prospect.

Given this “wonder-blockage”, we should not be surprised if artists attempt to break through it by artistic shock tactics. Perhaps we need to be confronted, artistically but abrasively, with the unpleasant truth of the “immense pile of filth” to remind us of and make us yearn once again for the beauty which we are defacing and destroying.

This is not a new notion. Back in the English Industrial Revolution, the Jesuit poet Gerald Manley Hopkins lamented that although “[t]he world is charged with the grandeur of God”, because of our treatment of the creation and our failure to “reck his rod [obey God’s law], all is seared with trade; bleared, smeared with toil; And wears man’s smudge and shares man’s smell”.

It’s not just the towns and cities; the countryside too has suffered this human assault. Manley’s lament about the cutting down of trees, in the poem “Binsey Poplars”, expresses this poignantly. The poplars are “all felled, felled, are all felled…Not spared, not one”.

“O if we knew what we do, When we delve or hew – Hack and rack the growing green.” Hopkins would know precisely what Francis means in Laudato Si’.

The poem ends on a bleak note but another,  “God’s Grandeur”, has a hopeful ending, reminding us that the Holy Spirit is constantly at work, renewing the face of the earth: “Because the Holy Ghost over the bent/World broods with warm breast and ah! bright wings.”

May artistic warnings and artistic wonder prompt us to cooperate with that renewing Spirit.