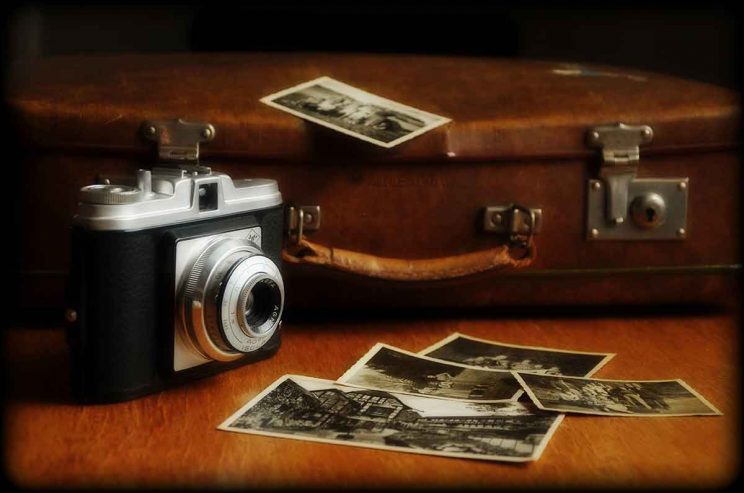 “To keep a dangerous memory alive, we need to tell and hear our South African story. We need to find a unifying narrative that allows us all to claim a better life for all before we all slip into the conditions of blame and hopelessness,” writes Fr Chris Townsend.

My Dangerous Family Memory – The Horrors of War

As a young teenager, my maternal grandmother lived through the horrors of both a German and Russian occupation of her hometown of Gdansk (or Danzig) in Poland.

My grandfather, part of the Free Polish, was captured during military action. Interned in North Africa, he was put to work laying roads through the desert using asbestos. Exposure to the toxic substance killed him in the end.

My paternal grandfather fought in the jungles of Thailand and Burma for the British army, and my grandmother was a military nurse in old Calcutta. These experiences profoundly influenced their lives.  And my grandmother’s bitter dislike of Americans.

My maternal grandparents arrived in Durban as political refugees from communism in about 1947. They arrived with just £10 and were welcomed into Doornfontein, Johannesburg, by neither the German nor Polish communities, but by the Polish and Lithuanian Jewish refugee community who understood the pain and trauma of my half-Jewish grandmother’s loss.

The South African experience for my maternal grandparents was far from easy. Speaking no English and having no qualifications, they relied on the goodwill of others in the tight-knit refugee communities that developed in South Africa in the 1940s and ‘50s.

My grandfather was regularly hounded and arrested as a possible communist spy, and both were scheduled for deportation back to communist Poland in the early 1950s. My mother was born just before that, and therefore was a South African, so that was a stumbling block for the deportation process. Still, future apartheid prime minister BJ Vorster at one stage suggested that my mother be adopted by his extended family.

My English family settled in South Africa at the same time. As military veterans they were better off (at least until 1948), having survived the loss of everything in the Blitz and having various harrowing experiences, like being torpedoed off Australia’s coast.

Why is all of this relevant? Apart from the fact that this is my story, its retelling keeps alive a “dangerous memory”. The memory of the horrors of war and the extraordinary violence that engulfed the world only 70 years ago.

The memory of this violence is not limited to that war. The proxy wars and civil war fought in South Africa and the Frontline States as the struggle against apartheid and in its defence of Volk en Vaderland were not new violence but just a manifestation in that time of the same human violence that continuously threatens to wash us all away in a tidal wave of horror.

It is this Dangerous Memory of Violence that must be told again and again if we are to prevent the new-old horror from resurfacing in our own time.

Our country presently stands in a time of peril where the real urgency of violence in thought, word and deed is often too close to the surface. I know this statement will be met with furious denial and perhaps even outright ridicule — after all we have a functioning court system that is propping up our failing and morally bankrupt democracy. But if we sit down and ask ourselves where the current situation gets us, we might just find that answer too scary to face straight-on.

I am bewildered by the battle for the “soul” of the ruling African National Congress. A soul that seems to have been sold to a new colonisation. And the unbelievable situation of not actually facing the loss of moral capital or goodwill with anything other than ignoring it. This is not the South Africa we need.

So in the effort of keeping a dangerous memory alive, we need to once again both tell and hear our South African story.  We need to find a unifying narrative — not just a unifying person — that allows us all to claim a better life.  Before we all slip into the conditions of blame and hopelessness of the kind that allowed for a Kristallnacht or a Reichstag fire,  we need a narrative that counters all that cements the looting and collapse we see around us.

Our Parish is a Safe Space

The parish remains one of the last spaces in our civic discourse where this can happen in a safe space.

Without this discourse and an all-out, all-in commitment to a new civil society dialogue that is beyond political affiliation, corrupt officialdom and tenderprenitis, and beyond the whining animal noises of the opposition parties, we stand in danger of losing the dangerous memory.

Our Catholic community — bishops, clergy and laity — have for the most part been too reticent to speak out. We need to regain our collective prophetic voice.

Apart from some excellent pointed statements from the Justice & Peace Commission and their liaison bishop — which remind me of Pope Pius XI’s anti-Nazi encyclical Mit brennender Sorge in 1937 — it is to each person to tell their story of a dangerous memory.

We are a community which has experienced discrimination first-hand for years, not only in our individual families but in our ecclesial communities.

Let’s tell our stories as individuals and communities. Don’t let our “dangerous memory” fade into oblivion, otherwise by our silence that memory becomes a perilous reality.