Is the phenomenon of stigmata an indication of God’s grace or the medical condition of eczema? Some believe it indicates God’s recognition of sainthood but as far as I know, no pope has ever elaborated on this. In the 2004 beatification of the stigmatic Katherine Emmerich and the 2002 canonisation of Padre Pio (pictured), no mention was made of their stigmata. Tadeusz Rosa 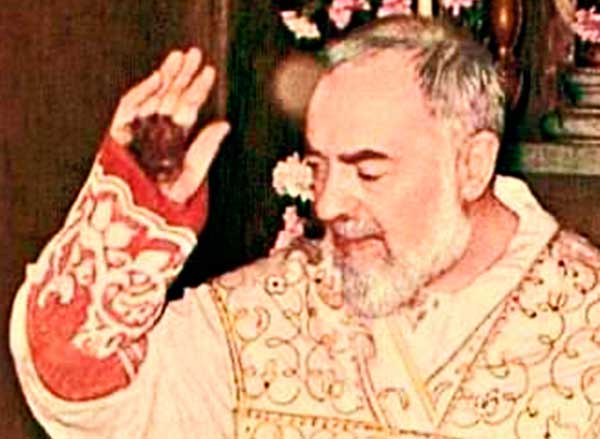 Imagine yourself witnessing a person whose hands, feet and side are apparently bleeding in imitation of the wounds of Christ. It is unlikely that you will immediately decide this is a miraculous sign that the person is a very holy one.

There could be other reasons for the condition of stigmata.  There is a lot of literature by the medical, psychological and other scientific professions that supports a non-miraculous explanation. In some documented cases, so-called stigmatics were found to be charlatans or mentally disturbed persons convinced of their own saintliness. So your doubt would not be misplaced.

Now, bring in a Vatican official investigating an application for the stigmatic to be canonised a saint. He will have consulted the many files and documents relating to cases similar to this one, and he will approach this particular case with exactly the same mind as yourself and the scientific professionals, that is, doubt.

The stigmatic could be a sham, someone with self-inflicted wounds, an unbalanced individual or, as you suggest, suffering from a form of severe eczema.

What the Church Says

The Church ignores such phenomena as personal stigmata, visions and other alleged marvellous events until it has examined whether the individual, who must have been dead for at least five years, had lived a holy life marked by heroic virtue. The examination is thoroughly researched and the process laborious.

The stigmata, and possible visions that frequently occur among stigmatics, then become part of the material brought in evidence to establish the individual’s sanctity or lack of it. If there is any suggestion of fraud, the attempt is abandoned.

Put in a nutshell, the Church canonises Catholics who lived lives of exemplary virtue in imitation of Christ and service of others, or were martyred for his sake. The stigmata, coupled with evident holiness of life, may be a sign that the person was favoured by Christ to share in his suffering, but it is a sign that is not of itself sufficient to be one of the criteria for sainthood.