Catholic Church Teaching and War – the Just Use of Force 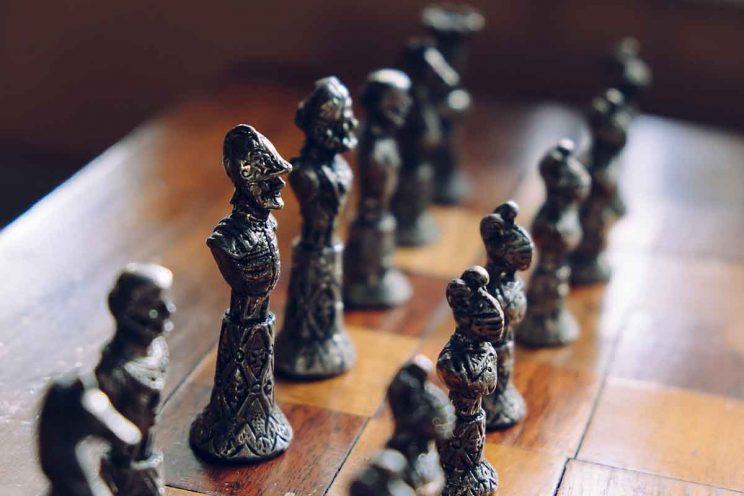 In light of the escalation of tensions between the United States and North Korea, Stephen Colecchi, director of the U.S. bishops’ Office of International Justice and Peace, answered these questions about Catholic Church teaching and war.

Q: Does the Catholic Church have any formal criteria for when war is justified?

A: Yes. Over the centuries, since the time of St. Augustine, the Catholic Church has developed a “just-war tradition” that allows for defence. It may be helpful to refer to the “just use of force,” since modern wars are so much more destructive due to modern weaponry. We have a prior obligation “to work for the avoidance of war” (Catechism of the Catholic Church, 2308). The use of force must always be a “last resort.” The catechism teaches:

“The strict conditions for legitimate defence by military force require rigorous consideration. The gravity of such a decision makes it subject to rigorous conditions of moral legitimacy. At one and the same time: The damage inflicted by the aggressor on the nation or community of nations must be lasting, grave and certain; all other means of putting an end to it must have been shown to be impractical or ineffective; there must be serious prospects of success; the use of arms must not produce evils and disorders graver than the evil to be eliminated. The power of modern means of destruction weighs very heavily in evaluating this condition. These are the traditional elements enumerated in what is called the ‘just-war’ doctrine” (2309).

Q: According to the church, are there limits to what is acceptable once war has been declared?

A: Absolutely, the tradition rejects “total war,” in which anything goes. The church lifts up the principles of proportionality and discrimination. The use of armed force must not bring about greater evils than legitimate defence requires, and the use of force must not indiscriminately kill combatants and civilians alike. “Noncombatants, wounded soldiers and prisoners must be respected and treated humanely” (2313).

Q: Why doesn’t the church just say that war is wrong?

A: Pope Francis captured the essence of the church’s teaching on war. “War always marks the failure of peace, it is always a defeat for humanity. Let the words of Pope Paul VI resound again: ‘… War never again, never again war!'” (Sept. 7, 2016). We must build peace. In the famous works of Blessed Pope Paul VI, “If we want peace, we must work for justice.” In a fallen world in which violence occurs, “‘governments cannot be denied the right of lawful self-defence, once all peace efforts have failed'” (Catechism, 2308). At the same time, we should not underestimate the power of nonviolence and nonviolent resistance to evil. Pope Francis dedicated his Jan. 1, 2017, World Day of Peace Message to “Nonviolence: A Style of Politics for Peace,” a profound challenge in our day.

Q: How does the church’s teaching about war apply to nuclear weapons?

A: The use of nuclear weapons is morally problematic due to their disproportionate and indiscriminate destructive power. The church today is working for a world without nuclear weapons. Quoting the Second Vatican Council, the catechism teaches: “‘Every act of war directed to the indiscriminate destruction of whole cities or vast areas with their inhabitants is a crime against God and man, which merits firm and unequivocal condemnation.’ A danger of modern warfare is that it provides the opportunity to those who possess modern scientific weapons – especially atomic, biological or chemical weapons – to commit such crimes” (2314).

Q: Is a government allowed to unleash a pre-emptive military or nuclear strike when it fears attack on itself or an ally is imminent?

A: This question is both simple and complex. The simple part concerns a pre-emptive nuclear strike. The Compendium of the Social Doctrine of the Church, quoting Vatican II, declares: “(T)he magisterium has made a moral evaluation of the phenomenon of deterrence. ‘The accumulation of arms strikes many as a paradoxically suitable way of deterring potential adversaries from war. … This method of deterrence gives rise to strong moral reservations. The arms race does not ensure peace. Far from eliminating the causes of war, it risks aggravating them.’ Policies of nuclear deterrence, typical of the Cold War period, must be replaced with concrete measures of disarmament based on dialogue and multilateral negotiations” (508). The first use of nuclear weapons is highly problematic. As far back as the 1983 Peace Pastoral, the U.S. bishops raised serious moral questions regarding a first use of nuclear weapons.

The more complex question is the use of pre-emptive conventional forces. “Fear” of attack is not enough. There must be concrete evidence of an imminent threat. The “the damage inflicted by the aggressor … must be lasting, grave and certain” (Catechism, 2309). Given human frailty, e.g. the failures of intelligence prior to the Iraq war, prudence would suggest that we be reticent to launch a pre-emptive attack. It is certainly unjust to launch a “preventive” attack against a gathering or vague threat. As then-Cardinal Ratzinger, now retired Pope Benedict XVI, noted before the Iraq war, the “concept of a ‘preventive war’ does not appear in the Catechism of the Catholic Church.” We must always remember that we have an obligation “to work for the avoidance of war” (Catechism, 2308).