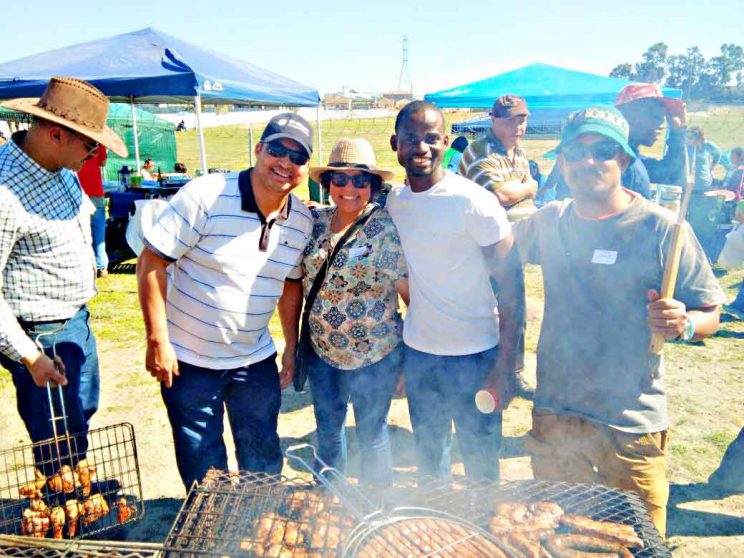 A parish celebrated its feast day by “adopting” a seminarian from the national orientation seminary.

The celebrations by St Ninian’s parish in Kuils River, Cape Town, with the theme “Adopt a Seminarian”, was an idea of parish priest Fr Raphael Thomas.

In keeping with the theme, orientation-phase seminarians of St Francis Xavier Seminary in Crawford, Cape Town, were adopted for the day by various families of the parish.

Seminarians from all over Southern Africa spend a year at St Francis Xavier before they continue their studies at St John Vianney Seminary in Pretoria.

The families spent time with the seminarians, finding out about their lives, and shared a meal together.

After Sunday Mass, in which the seminarians participated, a soccer match was played, a tradition for the past four years. The youth of the parish outplayed the seminarians, and won 2-1.

Fr Thomas believes seminarians’ vocations were strengthened by the love and support they received from his parishioners.

What’s a Parish-Hopper? Is it a Bad Thing?

How Much Should You Tithe to the Church?

A few weeks ago in our RCIA group, someone asked: “Do Catholics tithe?” This is a topic that generates some...