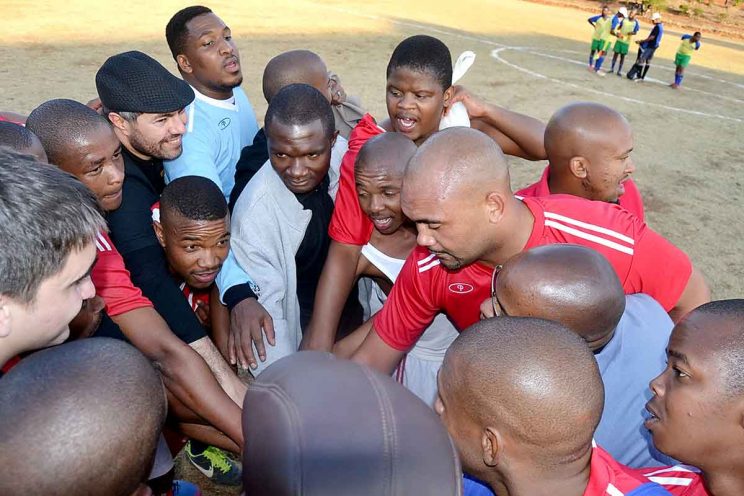 The annual sports day at St John Vianney Seminary in Pretoria gives formators and students a chance to concentrating more on human formation and forget a little bit about academic formation.

By Tshepang Tlhaole Dithipe – Play was defined by 19th century sociologist Herbert Spencer as “the outcome of the superfluous energies of the organism”.

Every human being is endowed with these energies, no matter their age. Therefore, we all need to play at times.

At the national seminary’s sports day this month, many games were played to accommodate everyone taking part. These ranged from soccer, cricket, squash, swimming and athletics, to the smaller indoor games—and even included a game called amokrokokroro: a soccer game for those who cannot play soccer. Unsurprisingly, the game ended in a 0-0 draw. Penalties were needed to determine a winner.

The apex of the day was the final of the soccer tournament: between Theology 2 and Theology 3, which resulted in Theology 2 winning 1-0, Umali Thomson being the goal-scorer.

Theology 2 was the outstanding class. They not only won the soccer final but also the cricket and volleyball.

Top performers included Limpho Maoela, the leading goalscorer of the tournament, Byron Bowers, the best cricket player, and Gabriel Caleni, who won the most awards.