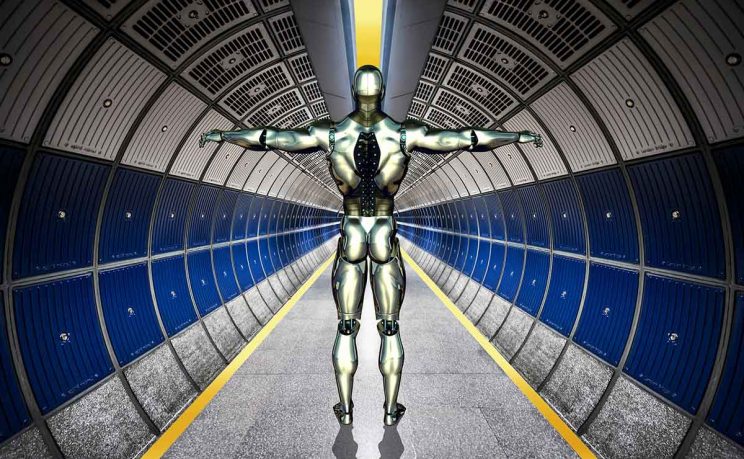 Pope’s General Prayer Intention: That all workers may receive respect and protection of their rights, and that the unemployed may receive the opportunity to contribute to the common good.

Beware the Future of Robots

We need to consider this prayer intention in a world of robots and artificial intelligence. Consider something as ubiquitous as the ATM. It is said that in every automatic teller machine there lurk the ghosts of three bank tellers. It seems it is not just the back-breaking work that robots are taking over, but also office jobs and other skilled tasks.

The near future will see artificial intelligence increasingly doing medical diagnosis. There is already an app for your smartphone which can take your temperature and blood pressure, into which you can record your symptoms, and which will then give you a diagnosis. Many of us already go on the Internet to check out our symptoms online.

Doctors won’t disappear, but they could become fewer. Any profession which involves accessing large amounts of information, such as the law, will be in danger of being “electronically colonised” by artificial intelligence.

The machines are not about to take over everything, however. Complex operations requiring the broader capacities of human consciousness, such as intuition, seem to be quite difficult for robots. It is hard to imagine a robot with the sensitivity and physical dexterity to do dental work.

There is a world of difference between artificial intelligence and human consciousness, and it’s unlikely that robots will ever be endowed with the latter.

Greed Wants a 24-hour Workforce that Doesn’t Demand Anything

However, in an age when employment is already hard to come by, there are ominous signs. If employers can find machines that work 24 hours a day without complaining or demanding more money, some certainly will. Greed is a powerful force.

At our local shopping centre, ticket machines and booms are going up, which probably means that a parking company is going to displace the car guards. Where will these men go when the robots are installed? Most of them are poor immigrants whose options are very limited.

And how will an unemployed person contribute to the common good in this “brave new world” for the unemployed are usually preoccupied primarily with the survival of self and family?

A Four-Day Week to Spread Employment?

Various solutions are suggested by economists. One is the four-day week to spread employment around more. Another is the basic income grant. Each person in a country, whether employed or not, would qualify for such a monthly grant which would be enough to live on in reasonable comfort.

An unemployed person would not forfeit the basic income grant if they found a job. This would give an incentive for people to work. Meaningful work, the Church teaches, is important for our human dignity.

Which raises the question of what people would do if they were simply unable to find work and had to live on their grant. This is where it would be important for society and the Church to encourage a contribution to the common good.

We Need to Sit Up and Take Note

In fact, many retired people already do this. They live off their pensions but they are by no means loafers. Many are busy helping their families, neighbours and the wider community. In a world with little employment, this kind of activity will be necessary for people to maintain their human dignity and their sanity.

When I was a young student living in Britain, the unemployment rate was 250000. In a country with about the same population size as South Africa’s now, it was an unimaginably small number by today’s standards.

Will such full employment ever come back? We should hope so and work for it to be so, but we also need to plan prudently and creatively for a future where robots make much of our work redundant but where we keep active and engaged for our own sakes and the sake of the common good.