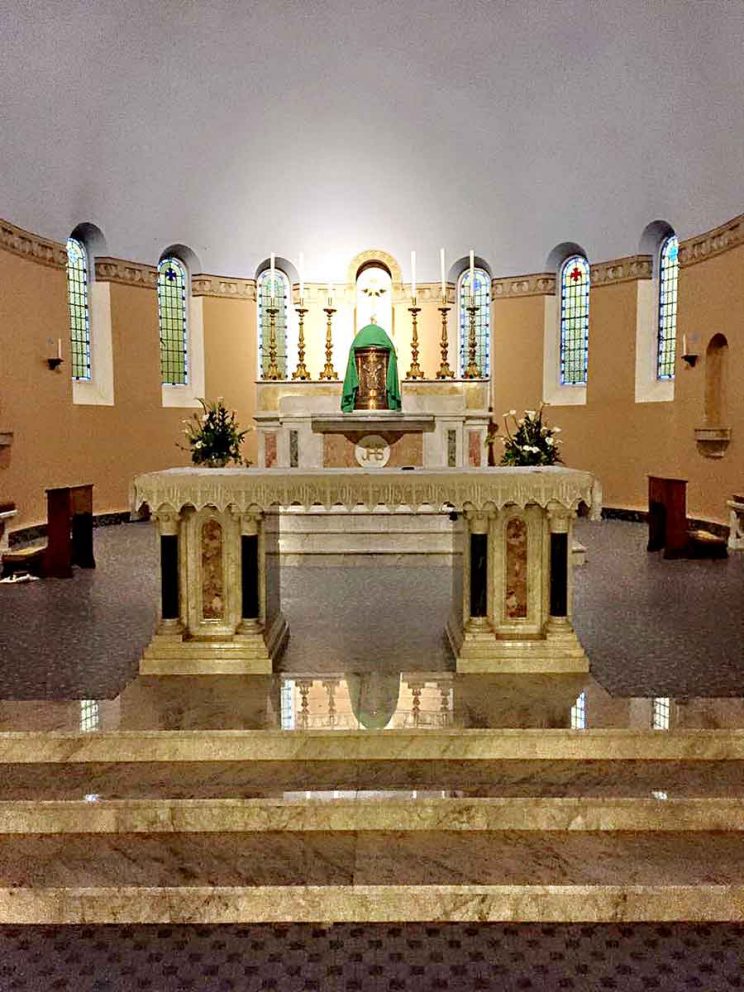 Fr Sean Collins CSsR,  – Father Chris Townsend’s column on worthy and beautiful Catholic churches in South Africa was a delight to read, as well as raising a “moot point”.

He singles out some of his favourites: Christ the King in Queenswood, Pretoria; Immaculate Conception in Rosebank, Johannesburg; the cathedrals of Oudtshoorn and Queenstown (built by the Pallottine Missionaries); and Regina Mundi, Soweto.

Fr Townsend also cites a particular example of the many unattractive churches.

While “beauty is in the eye of the beholder”, I am sure few would disagree with me who have seen the cathedrals of Eshowe, Johannesburg, Bloemfontein, Port Elizabeth, Pella, and Polokwane: these are all masterpieces and very prayerful.

St Bernadette’s in Walmer, PE is my Favourite!

I am sure many would, like St Louis of France, feel a particular affection for the church of their baptism and First Communion, where they were introduced to the Mystical Body of Christ.

Therefore, my all-time favourite has to be St Bernadette’s in Walmer, Port Elizabeth, particularly now that the Oratorian clergy have restored it to its former loveliness and perfect proportionality by returning the tabernacle and exquisitely beautiful statue of Our Lady to their original positions for which the building was originally designed.

Thanks and congratulations to them: it’s taken 40 years or more. I rejoiced recently to return there together with my remaining sisters to pray, with the consolation of happy childhood reminiscences.

There have to be at least ten other favourite churches around South Africa that come to my mind, for the most part appealing to my more old-fashioned tastes.

But, also, despite general opinion, I find St Anthony’s in Coronationville, Johannesburg — which Fr Townsend does not like — very appealing in its avant garde style of the Dutch School of Vatican II reforms.

Its stark contrasts of light and dark and sense of spaciousness, its interesting devotional corners, and proportional placing of altar, tabernacle, font and lectern, achieve a sense of dignity and focus (though later incumbents sought, unsuccessfully, to improve on Fr Moelenaar’s original design).

I do hope the Johannesburg archdiocese’s proposed Marian shrine in the Magaliesberg will be an eco-friendly structure, preserving every tree, rock, plant and water source, and the fresh air and sunlight.

This would be the best inheritance for future generations of pilgrims, and give honour to the Mother of Jesus—rather than a concrete Gauteng monstrosity where Our Lady would never think of setting her beautiful foot!

“Here indeed is the House of God and the Gate of Heaven” (Genesis 28).