Christianity a ‘Yes’ to our Deepest Desires 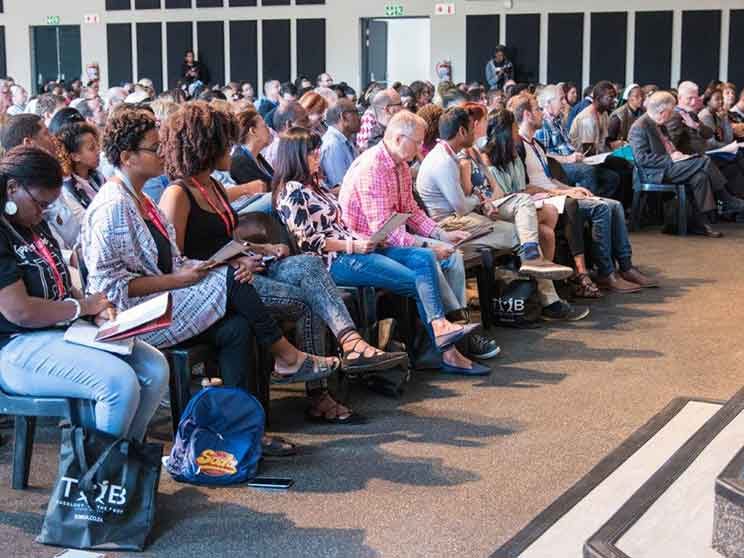 The core of West’s message is to show that despite what the culture thinks, Christianity is at its heart a ‘yes’ religion and not a ‘no’ religion

A Johannesburg priest has said that a talk by a US speaker on the Theology of the Body to local clergy was inspiring.

Christopher West, international speaker and presenter of the Theology of the Body, offered sessions to clergy in Gauteng and Cape Town during his tour of South Africa last month. In Johannesburg he addressed priests at the archdiocesan chancery.

“To those present, the content of his 1,5-hour presentation was probably not new,” said Fr Deneys Williamson. “What was refreshing and inspiring to all was the way he presented these teachings. The novelty of the Theology of the Body is precisely this — that it presents the perennial teachings of the faith in a language that responds to the needs of our context today.”

God’s Plan in Our Sexuality

Mr West spoke of human sexuality in God’s plan “as a sign pointing to our ultimate union with him in heaven. Marriage and sexual intimacy are in this life a reflection and foretaste of that eternal union we have been created for with God in the next,” Fr Williamson said.

“Consequently, celibacy — the voluntary foregoing of marriage and sexual intimacy — is not about unhealthily repressing one’s urges but about redirecting them to their ultimate end.”

Celibacy, Mr West noted, is a gift that witnesses to the deepest meaning of human sexuality.

“The core of West’s message is to show that despite what the culture thinks, Christianity is at its heart a ‘yes’ religion and not a ‘no’ religion. Christianity is not a system of rules that stifles desire to keep one in check, but in fact a yes to our deepest desires, which in Christ find their complete fulfilment,” Fr Williamson said.

Our Desires are a Cry For Union with God

To illustrate this, Mr West used a compelling image, Fr Williamson said. “Each of us is like a rocket that has been made to reach the stars. The fuel that powers our rocket upwards is eros. But sin has inverted our rocket engines, warped them. Instead of aiming above we fly down to what is below and base. We are stuck on earth.

“But God, in his goodness, has not abandoned us. In Jesus Christ his Son he has come down to point our rocket engines back upwards, to take us back to himself.

Our Warped Natures are Redeemed By the Cross

“Through the Cross, which reveals the depths of God’s divine love, Christ redeems our warped loves and transforms them into Love, so that we can reclaim our destiny and reach the stars,” Fr Williamson explained.

“In our increasingly secular society the bulk of the work of re-evangelisation will consist in showing through beauty, art, literature, music, and finally the witness of a holy and joyful life, that Christianity does not poison desire, but on the contrary is the very thing that brings them to complete fulfilment,” he said.

Mr West was brought to South Africa by the Foundation for the Person and the Family.