Get the Fight for Women and Children Right 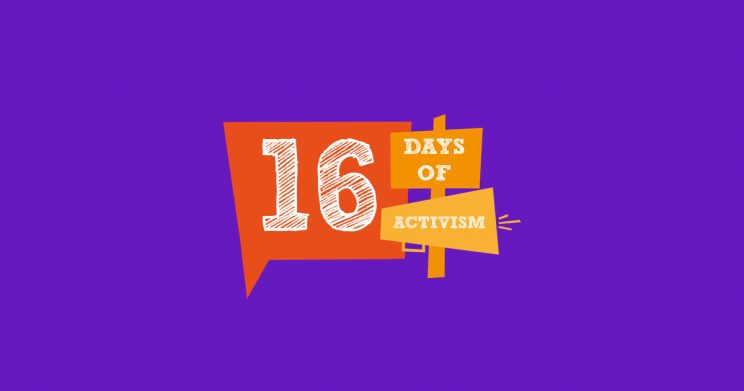 Every year there is a focus on violence against women and children — but things never get better. COLLEEN CONSTABLE suggests some effective actions.

The annual 16 Days of Activism for No Violence Against Women and Children, which runs from November 25 to December 10, and lately the #MeToo social media campaign have created an awareness of the level of violence against women and children.

When survivors “break their silence” it has a powerful effect: they shape the discourse about violence against women. Lately we have seen how powerful the social media campaign #metoo has become.

South Africa has a high level of violence against women and children. Child-abuse, sexual violence, murder, domestic violence, and femicide (killing of intimate partners) are cause for concern.

Emerging patterns also include harmful religious and cultural practices (such as ritual killings, sexual harassment through prayer rituals, sexual violence through harmful cultural practices) and, alarmingly, the emergence of cannibalism.

Women and children are the victims and survivors of these crimes. And men are mostly perpetrators: except in the case of male-on-male violence. According to the statistics, child abuse, sexual violence and murder are increasing. What can we do this year to make a difference to the 16 Days campaign?

What can be done?

First, a lot of good work has been done by many NGOs, institutions and even some government departments. But that does not mean there is no room for improvement.

I am worried by the rhetoric that surrounds the 16 Days campaign every year. The mass gatherings, filling of stadiums, long  speeches and politics associated with the campaign do not offer a return on investment.

The huge cost implications these mass gatherings hold and the lack of efficacy they seem to produce is cause for concern.

On top of that, the messages at times fail to encourage behavioural change or attitudinal change. The messaging is neither directed at the perpetrator nor the survivor.

The “don’t look away” message is clearly aimed to activate action from bystanders when violence occurs or any other person who has knowledge of such an incident. It remains unclear whether this message has succeeded in encouraging people other than the survivor to report any violence they may have witnessed.

The reason for this is that not all incidents of violence against women and children are being reported to police. Poor police investigations and prosecutions that fail to increase conviction rates are some of the reasons for this.

Using the law as a legal strategy to facilitate behavioural change and protect society from harm can only succeed if the quality of police investigations improves and the conviction rates increase, meaning that many more cases should go to court than is the case now.

Media reports earlier this year suggested that shelters are underfunded by government. Shelters struggle to raise funds to cover the shortfalls. This impacts negatively on the reduction of domestic violence, as women are forced to either stay in the abusive relationship or return to it if the shelter cannot accommodate them longer.

It is important to understand that shelters offer a much-needed service to assist women and children in the healing process and protect their constitutional right to be free from violence, whether in private or public space.

Of course, we know that there will never be enough shelters, but those that exist should be funded. And it is a government responsibility to ensure proper funding is allocated.

Third, the government could direct funds for mass gatherings and ineffective messaging towards increasing implementation of evidence-based primary prevention programmes and evidence-based advocacy.

These programmes — and there are many — have been scientifically evaluated and found to decrease violence against women and children.

An example is the evidence-based programme to decrease child-abuse: “Isolabantwana” (Eye of the Child). This programme was initiated by Child Welfare SA. It is described as a “community-based programme that provides short-term emergency safe houses for abused, neglected and exploited children”.

The programme, in operation since 2003, trains volunteers. However, it is not rolled out to all provinces.

Fourth, the eradication of violence against women and children forms part of the Agenda for the Sustainable Development Goals, 2030. It is the responsibility of all sectors of society, not only government’s, to contribute towards achieving these goals.

That takes us to the role of the world’s largest NGO: the faith-based sector. While religious institutions issue this call against violence, churches too have to step up their own act in prevention of violence against women and children.

Within churches, some male congregants and clergy do not fall outside the category of “perpetrator of violence” against women. It is an open secret. Many denominations, not least the Catholic Church, have received bad publicity due to exposure of gender-based violence and child-abuse.

The faith-based sector should take the 16 Days campaign as an opportunity to self-reflect and redirect some of their activities.

The challenge for these faith bodies is to move towards more scientifically evaluated programmes that can reduce violence and facilitate behavioural change.

Churches should first focus on an internal campaign aimed at its own members and clergy.

Much work is required. Stronger levels of implementation of applicable policies are required, and decisive transformational leadership is needed.

The veil of secrecy within religious institutions needs to be lifted. The faith-based sector needs to look deeply within and respond courageously. It should not fall into the trap of the 16 Days campaign rhetoric that makes little impact.

Religious institutions would benefit from consulting experts in the field to assist them with specific programmes that are evidence-based and unique to their circumstances.

Evidence-based advocacy is another important aspect. It is here where effective messaging, discussions and so on can facilitate behavioural change—and even move government to take constructive action.

Therefore messaging and communication should be purposeful, with a target market and clear goals to ensure it reaches the specific audience and moves them to take a different action. Again, the faith-based sector should use the services of experts in the field to assist them. Those experts could even be found within their own congregations.

Lastly, as an act of goodwill, the faith bodies — which are held together by the commandment of love—should not hesitate to open their doors to abused women.

There are many congregants who have accommodation that is not being used: nothing stops them from opening their doors in the suburbs to domestic violence survivors. Sharing is caring.

A few years ago I opened my house to young women in prostitution who wanted to get out. They were addicted to drugs and lived on the streets from the proceeds of sex work. They stayed with me and I arranged that they could enter a drug rehabilitation programme and a counselling programme offered by a psychologist.

I have learned much from the encounter with them. And I saw them for what they truly are: two beautiful young women trying to redefine their lives. Young women who suffered sexual violence from age 15: raped by family members, crying out for support without uttering any words.

Let this 16 Days of activism touch you as never before: may it bring you closer to those who need you most.

Colleen Constable is the Catholic founding CEO of the South African Institute for Violence Prevention based in Gauteng. She is contactable on sai.violenceprevention@gmail.com

HeForShe – Our Church Stands With Women