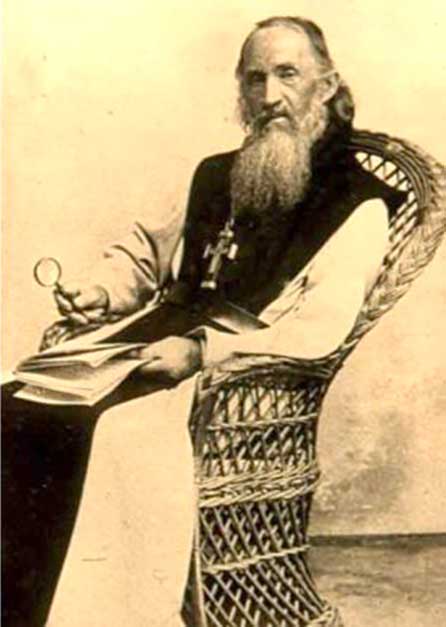 Fr Chikadi J Anyanele – We members of the Congregation of the Missionaries of Mariannhill (CMM) must be very proud that our own Abbot Francis Pfanner, the founder of the famous Mariannhill Monastery, and his co-missionaries are highly featured in the important history of the Catholic Church in South Africa.

In recent editions of The Southern Cross, the history of how the South African Catholic Church spread was narrated by Fr Anthony Egan SJ. It is indeed important that these histories and stories of missionaries in South Africa are told in this year of jubilee leading up to the bicentenary in June 2018.

We members of the Congregation of the Missionaries of Mariannhill (CMM) must be very proud that our own Abbot Francis Pfanner, the founder of the famous Mariannhill Monastery, and his co-missionaries are highly featured in this important history of the Catholic Church in South Africa.

At the mention of the name Port Elizabeth, or better still Dunbrody, in the Eastern Cape of South Africa, every Mariannhill Missionary anywhere in the world will recall clearly that this was the first place that brought Abbot Pfanner, then still a Trappist monk, and his community to Africa — and perhaps the worldwide Mariannhill mission into its existence.

We were sharing the idea of making Dunbrody a heritage site with Bishop Vincent Zungu OFM of Port Elizabeth. He thought that this site could be developed as a pilgrimage centre in the diocese of Port Elizabeth, if all concerned would come on board. We hope this dream will one day become a reality.

Abbot Pfanner arrived with his Trappist community to this small enclave in 1880 at the invitation of Bishop David Ricards of Port Elizabeth, made the previous year. Responding to that invitation, Pfanner visited Sept Fons in France to recruit monks for South Africa.

Even when it seemed doubtful that he might be able to honour the invitation, Pfanner famously said: “If no one goes, I will go.”

Eventually he did travel to South Africa for the purpose of establishing a monastery in Port Elizabeth diocese.

They went into the neighbouring region of KwaZulu-Natal in 1882. There, near Pinetown, Abbott Pfanner established the now famous Mariannhill monastery.

Last year there was an echo of Bishop Ricards’ 1879 invitation when Bishop Zungu extended an invitation to the Mthatha province of the CMM to reestablish in the diocese.

The CMM’s “return” to the Port Elizabeth mission — our historical birth heritage diocese — became a reality when both parties signed a contract recently for the CMM reestablishment in the diocese.

It was seen indeed as the fulfilment of the first wish and desire of Abbot Francis Pfanner to establish in Port Elizabeth. The drought is finished! The wait is over! Hence, the 136 years of the absence of the Mariannhill presence was finally broken.

We are sure that Abbot Pfanner and Bishop Ricards were jubilant and reconciled in heaven.

We are grateful to Bishop Zungu, the present shepherd of the Port Elizabeth diocese, who saw the need for the sons of Abbot Pfanner to return to the place where the story of the CMM began.

In his vision statement for the diocese of Port Elizabeth after his elevation to the episcopate in 2013, Bishop Zungu quoted Pope John Paul II’s 1995 apostolic exhortation Ecclesia in Africa:

“Integral human development—the development of every person and of the whole person, especially of the poorest and most neglected in the community—is at the very heart of evangelisation. Between evangelisation and human advancement—development and liberation—there are in fact profound links” (68).

We in the CMM believe that this integral development, as the bishop emphasised, must touch every aspect of human life. No area of life should be neglected.

Our interest in Port Elizabeth as a missionary congregation is to help support the diocese to achieve this enormous task while we focus on the poor and less privileged in our missions.

At present members of the CMM are serving in the parishes located in the East London area, which falls under Port Elizabeth diocese.

We will be ready for expansion when the diocese sees it fit for us to do so.

Fr Chikadi J Anyanele is the provincial superior of the  Congregation of the Missionaries of Mariannhill Province of Mthatha.