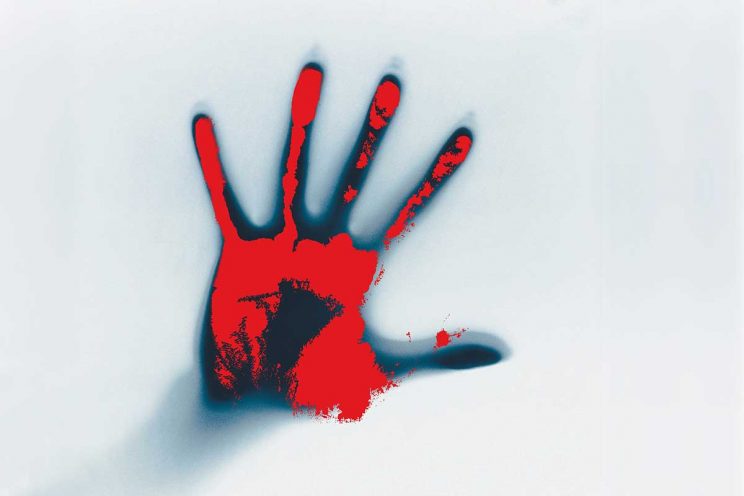 South Africa’s status as a nation beset with crime has been confirmed by the latest crime statistics — and new allegations suggest that criminality goes right to the top.

He has undertaken to step up law enforcement, but in this he must temper his overzealous language which at times echoes the scripts of vigilante movies. These protected individuals tend to move in the circles of those politicians whom Mr Mbabula aligns himself with, and in some cases are those politicians themselves.

Such grandstanding aside, Mr Mbabula gives some hope when he promises to “revive specialised units, have competent police officers who know how to investigate crimes, make arrests and ensure that cases are so solid that we secure convictions”.

We hope that in doing so he will not have to navigate around those of his associates, including his boss, who systematically neutered exactly those crime-fighting properties by closing units and replacing skilled personnel with compliant flunkies who would protect certain individuals.

The recent revelations of President Jacob Zuma’s alleged relationships with individuals associated with organised crime should alarm the nation.

In a new book, The President’s Keepers, veteran investigative journalist Jacques Pauw reports that alleged organised crime boss Glenn Agliotti said on a recording: “[Jacob Zuma] is a gangster like us.”

Mr Pauw’s book outlines the many ways in which the president and those doing his bidding have facilitated the plundering of the state coffers — and how President Zuma allegedly owes his political survival to criminal elements and business people of flexible integrity.

In our front-page article this week, Fr Peter-John Pearson, director of the Catholic Parliamentary Liaison Office, suggests that “it has long been argued that the failure of the intelligence units and the high levels of suspicion, distrust and collusion by individuals and groups, have opened a space where organised criminals can act with impunity, thus perpetuating an almost invincible criminal culture”. But it also encourages disregard for ethics and the law in many other areas of life, from the destruction of public property by protesters right down to our behaviour in traffic.

At its worst, that culture of impunity finds expression in violent crime. But it also encourages disregard for ethics and the law in many other areas of life, from the destruction of public property by protesters right down to our behaviour in traffic.

How do we arrest this moral degeneration that has gripped our political class and our society? Will the eventual departure of Jacob Zuma bring relief or will we suffer more of the same? Has the cancer of corruption in South Africa reached Stage 4?

The responsibility for answering this question resides, in part, with the membership of the African National Congress, which now has a responsibility to the nation to correct the disastrous course it chose when it heaved the obviously tainted Jacob Zuma into the presidency — twice. The Church must be heard to be speaking out.

Civil society must not tire of challenging corruption, exhausting though this is and despite the inevitable disappointments and disillusionments when those who might effect change are driven by self-interest or spinelessness.

The Church must be heard to be speaking out. The Justice & Peace Commission, under the leadership of Bishop Abel Gabuza and Fr Stan Muyebe OP, has done great work in challenging corruption and social injustice (which too often is an indirect result of that corruption).

It is necessary that the local Church address corruption forthrightly (and also within it). Pope Francis has shown the way.

In September, the pope told an Italian parliamentary commission that to defeat organised crime, “contagious and parasitic” political corruption must be eliminated. In 2014, he said those in organised crime are by their actions “excommunicated” since “they are not in communion with God”.

This is a message that must be courageously and prophetically communicated by the Church’s bishops, clergy and laity to those Catholics who practise or collude in corruption — and particularly to political leaders who present themselves for election.