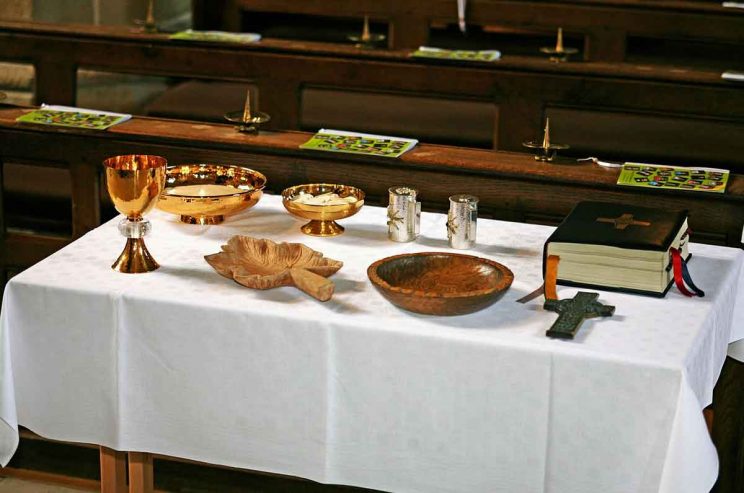 In that magnificent book The Mysteries of Life and Death, published by Salamander some years ago, transubstantiation is defined as a change in the substance. This refers to the Christian doctrine of the Eucharist, that after the consecration, the body and blood of Christ and the bread and wine exist together in union. Does this satisfy the Church’s definition of what takes place at the consecration?

No, I am afraid it does not. The firm teaching of the Church in the West and East is that the bread and wine at the consecration actually become the body and blood of the living Christ. Scholars accepted in faith that there was a real conversion of bread and wine into Christ’s body and blood, but they sought ways to understand how this conversion was possible, especially since the bread and wine showed no signs of having changed. Then in medieval times they came up with ideas from the Greek philosopher Aristotle who lived in the 4th century BC.

Aristotle and the Senses

Simply explained, Aristotle held that we experience reality only through our five senses. From these sense perceptions we form an idea of the thing we are perceiving, such as bread, wine, a tree or an onion. However, these stimulations of our senses are not the thing itself but only its attributes (or accidents), such as taste, smell and texture.

What the senses do not experience is the substance of the thing, meaning not its physical presence but the basic reality that constitutes bread, for example, to be bread and not cheese or something else.

The Reality of the Bread and Wine is Changed

The Unity of the Body and Soul