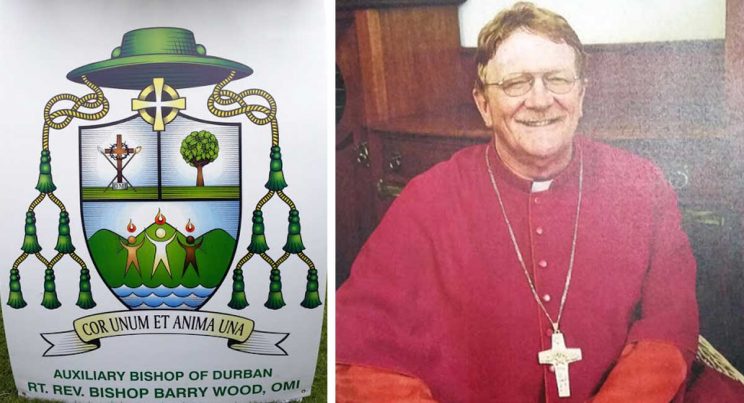 The Denis Hurley Centre (DHC) is launching a special award named after the late Bishop Barry Wood to continue the centre’s relationship with him.

As the auxiliary bishop of Durban and an Oblate brother of Archbishop Hurley, Bishop Wood was intimately involved in the DHC.

The DHC honoured him at its Junior Schools Choir concert in February — a premature celebration for the 75th birthday he did not reach; and had also been planning a pilgrimage to Rome and Lourdes led by Bishop Wood for September. It was cancelled after the bishop’s sudden death at 74 on May 2.

“One of the reasons the late Bishop Barry was so at home at the DHC was that he exemplified our values: genuine care for the poor, a hunger to challenge injustice, a collaborative approach to working across faith traditions, and a willingness to go the extra mile, even at the risk of personal sacrifice,” said DHC director Raymond Perrier.

Each year the award will honour one staff member and one volunteer who especially exemplifies these values and who has been recognised by people who know the centre. Cardinal Wilfred Napier of Durban and the regional Oblate provincial, Fr Vusumuzi Mazibuko, are both supportive of the idea.

Nominations are now open and anyone associated with the DHC — an employee, a partner, a service-user, a donor, a supporter — is invited to nominate one staff member and one volunteer.

The nomination form can be obtained by e-mailing centenary@denishurleycentre.org or from DHC reception at 031 301 2240. The final date and time for entering is 9am on Monday, January 22.

Nominations will be reviewed in late January by a committee of five, including several trustees, the director, and an external person who knows the organisation well.

The committee will then select the two winners, to be announced at the DHC’s annual general meeting on February 10, 2018.

The award will be accompanied by a small gift — and winners will have the honour of being recognised for excellent service.

Pope Francis Opens the Amazon Synod at the Vatican