More than Money: The Stakeholder Society 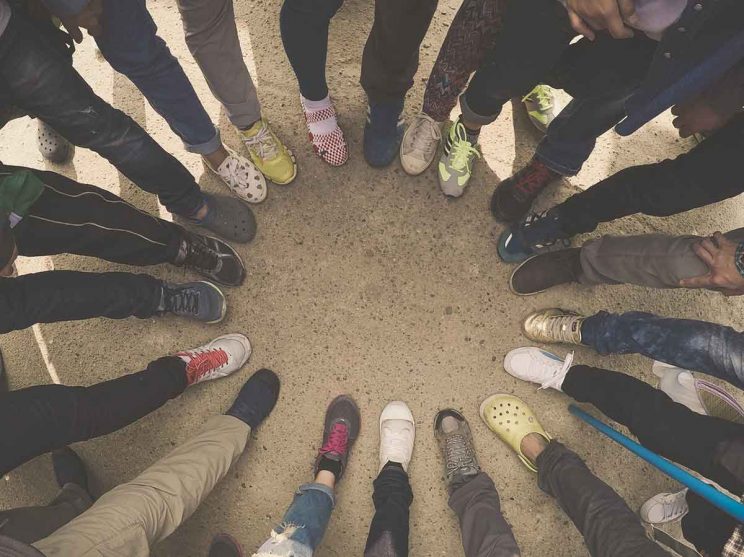 Some years ago there was a fashion in the corporate world to talk not about “shareholders” but “stakeholders”.

As with all fads, there was some part of this that was cosmetic but some part that recognised a deeper truth: that while the shareholders are the legal owners of a company, there are others who have a stake in how the company performs — its customers, its employees, its managers, its suppliers, and the communities in which it operates.

Moreover, while shareholders come and go as they buy and sell their shares, stakeholders often have a much more enduring relationship with the company.

This concept has even more relevance for Church organisations and NGOs since there are no shareholders in the commercial sense.

Though legally the assets of the Church or of its charities do ultimately belong to trusts or bishops or religious congregations, they are not like normal shareholders. More importantly, the actions (or inactions) of our organisations need to be accountable to a wide range of individuals and groups — so the concept of the stakeholder has a lot to recommend it.

Stakeholders in a Parish

Think of your parish: who has a stake in its operations? Certainly the regular church-goers.

In a well-run parish, they elect a pastoral council, a group which plays an interesting dual role of accountability. Through their regular meetings, they should be aware of, and commenting on, the activities of the priest, any paid staff, and key organisations and volunteers that work in the parish.

But they should then be accountable in turn to the wider parish — to report back on a regular basis and to be open to answer questions.

At the same time, as well as the regular congregants, there are other stakeholders who may not be involved in electing the parish council but who have a legitimate right to ask questions and receive feedback.

All of these are stakeholders. How can we as a parish feed back to them? And how can we get input from them? Do we even make it clear to them that we see them as stakeholders in our parish? 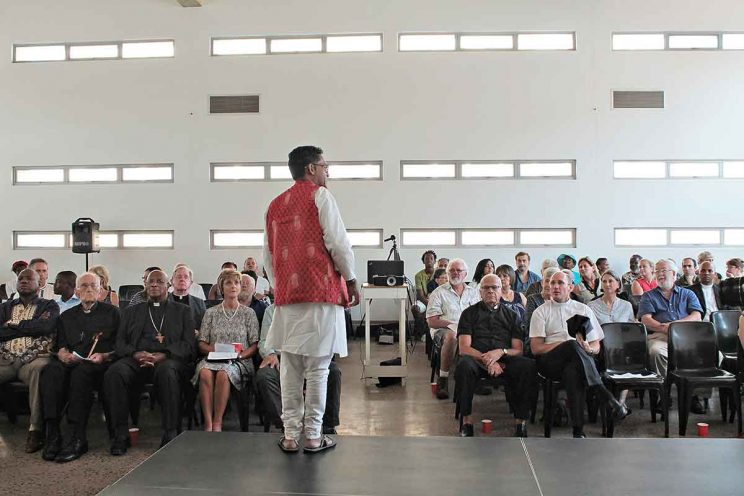 The question has been on my mind since, at the Denis Hurley Centre, we are about to have our annual general meeting— or rather our annual stakeholders’ meeting.

As an organisation — following what is regarded as best practice for an NGO—we are governed by a board of trustees. They are the people who on behalf of the ultimate owner (in our case the archdiocese of Durban) have legal responsibility for the assets and activities of the DHC. They appointed me as director and I have to report back to them—formally at a meeting every two months and informally between meetings.

But the director and the trustees together must also be accountable to a wider group: our stakeholders.

They are an interesting and diverse range of people: our staff and volunteers, our donors (individuals no less than big institutional grant-makers), our neighbours (the cathedral, the mosque, local businesses). And, also importantly, the people who use our services: the homeless who come to us for food and support, the poor who use the clinic, the refugees who seek a welcome, the unemployed who hope that we can help them get work.

Accountability does not mean keeping everyone happy: that would be impossible. We cannot do everything that we are asked to do and we are always having to make decisions about trade-offs.

We are Accountable to God Through Human Means

It is tempting for priests or parishes or Church organisations to say, “We are accountable to God—he will be our judge.” And that is true.

But since God is in the face of every person we encounter, and especially the faces of the poor, God gives us an opportunity to be accountable not just at the end of our lives but throughout our lives.

We can and must do that through formal events like board meetings, AGMs and printed reports. But sometimes we also get a chance to do it face to face.

Many years ago, I worked in a refugee camp in northern Uganda. We had huge almost unlimited demands on our scarce resources. As director, I was constantly having to make hard decisions to spend money on one thing and so not spend it on something else.

Marcello and the Bible

So in steps Marcello. He was a 60-year-old South Sudanese refugee whose fingers and feet had been badly disfigured by leprosy. He was also a star pupil in our adult literacy programme.

Marcello was determined to learn to read the Bible for himself. Each day he would stumble with his wounded feet about 1 km each way to the local literacy centre.

One day, as I was driving past his hut, he flagged me down. He was ready now for a bible and would I buy him one? No problem, I said, without thinking, until he explained that he needed it in an obscure language called Lokoya.

Normally we could get bibles for about $1 in the common Sudanese languages. But a bible in Lokoya, I discovered, would cost $25! To an NGO worker this made no sense. I could get bibles for 24 more people if I did not give one to Marcello. And he could probably read in some other language if I told him I could not get a Bible in his.

But then I imagined the end of my life — when I would face the great accountability at the Pearly Gates — and the fear that the one question that St Peter would ask me would be: “Why didn’t you give Marcello his bible?”

So my decision was not a managerial one but a response of love and generosity, the sort that we cannot justify on a spreadsheet or a report to donors but which we know is the right thing to do. Marcello got his bible.

The Denis Hurley Centre Annual Meeting takes place at the DHC on Saturday, February 3 at 15.30 and is open to all. Beforehand at 14:30 there will be a screening of the recent SABC TV programme about Paddy Kearney; afterwards at 17:30 the first of the weekend’s Hurley Memorial Masses in Emmanuel cathedral celebrated by Cardinal Wilfrid Napier. Safe parking behind the cathedral or beneath Victoria Street Market.