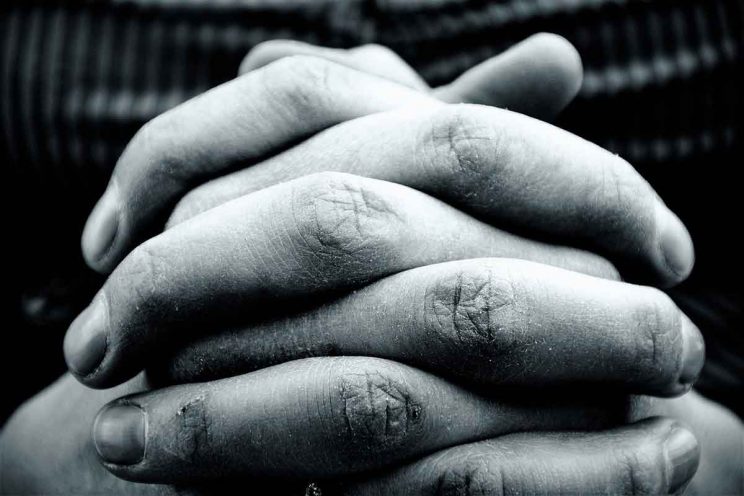 As we are getting used to the figure 2018 on our diaries, we are called to pray for the many social and political crises, existing and potential, that afflict our country and the world.

In South Africa we are facing further economic decline which will turn up the heat on socio-economic problems while the kleptocracy presided over by Jacob Zuma is looking to force through a corrupt order for a nuclear reactor which we really do not need when alternatives to energy generation present better value and even economic growth potential.

The new leadership of the African National Congress offers little succour, tainted as it is by last month’s election into key positions of ethically compromised individuals. We pray that wisdom and courage will prevail within the judiciary, civil society and politicians of goodwill to counter the plunder of our struggling economy

We pray that wisdom and courage will prevail within the judiciary, civil society and politicians of goodwill to counter the plunder of our struggling economy, and that the people will use the available democratic means of expressing their frustrations.

Droughts are hitting many areas of South Africa hard. Water shortages not only affect our agriculture, with a knock-on effect on food prices, but could also lead to social unrest. Scandalously, the effect of the drought could have been alleviated but for political manipulation and incompetence. We pray for good rains and wisdom in managing the crisis.

We pray that Zimbabwe will see light after the long darkness of the past 20 years of Robert Mugabe’s rule.

We pray for peace throughout Africa, especially in troublespots like South Sudan, Democratic Republic of Congo, Central African Republic, Kenya, Libya, and the Greater Sahel and Lake Chad Basin.

We also pray for peace in the Middle East, where Saudi Arabia is spoiling for war with Iran (as are the United States and Israel) and other countries in the region, aside from its relentless assault on Yemen. The conflicts in Syria and Iraq have simmered down but a new crisis will erupt with the move towards Kurdish independence, which could draw Turkey into a protracted war. We pray that political leaders will become ever-more proactive in reducing the threats posed by climate change.

Meanwhile, US President Donald Trump’s reckless declaration of Jerusalem as Israel’s capital, against all international conventions, has ramped up conflict there, with dozens of Palestinians already shot dead by Israeli soldiers. Our prayer must be that the deadlock to a peaceful solution to the conflict will soon be broken.

We also pray that world leaders will treat the threats posed by North Korea, which is ruled by an immature and dangerous politician, with greater acumen and seriousness than President Trump, whose approach to the crisis draws from the standard of diplomacy found in primary school grounds.

We pray that political leaders will become ever-more proactive in reducing the threats posed by climate change. The past year has seen a revolution in counteracting the sexual exploitation of women, at least in the West. We pray that this marks only the beginning of the fight against gender inequality and sexual violence worldwide.

While Mr Trump has betrayed future generations by withdrawing the US from the Paris Agreement, other countries have made real headway in reducing carbon emissions. May their example serve as a beacon to other nations.

The past year has seen a revolution in counteracting the sexual exploitation of women, at least in the West. We pray that this marks only the beginning of the fight against gender inequality and sexual violence worldwide.

The scandal of open slave-trading in Libya has moved the scourge of human trafficking into the spotlight. The phenomenon is global, and a big problem in South Africa, too. We pray that greater public awareness and engagement will force governments and law enforcement to take increasingly effective measures against the trafficking in human beings. As Catholics, we always pray for our pope and the bishops of our Church, that they may lead us with wisdom and love.

As always, we pray for persecuted Christians everywhere, especially in India, where there has been a spike in violence against them by Hindu extremists, and in Nigeria and Egypt, where Christians are being murdered by so-called Islamic terrorists.

As Catholics, we always pray for our pope and the bishops of our Church, that they may lead us with wisdom and love.

We pray for our priests, and in this year of the Synod of Bishops on the youth, we pray in a special way for our young Catholics and for increased vocations to the priesthood and religious life.

We also pray that the Church’s witness on behalf of those on the periphery, especially migrants and the poor, will help change hardening hearts.

As always, we pray that the readers, associates, promoters, pilgrims, contributors, friends and supporters of The Southern Cross may have a peaceful and grace-filled 2018.

And we ask for your prayers for The Southern Cross and other Catholic media, that the social communications apostolate will receive the enthusiastic support from our bishops, our priests and our laity, so that the Good News may be spread in the name of our Lord.

Prayers of the Faithful

Bring Prayer and Action Together