The History of Lent and How it is Observed Today 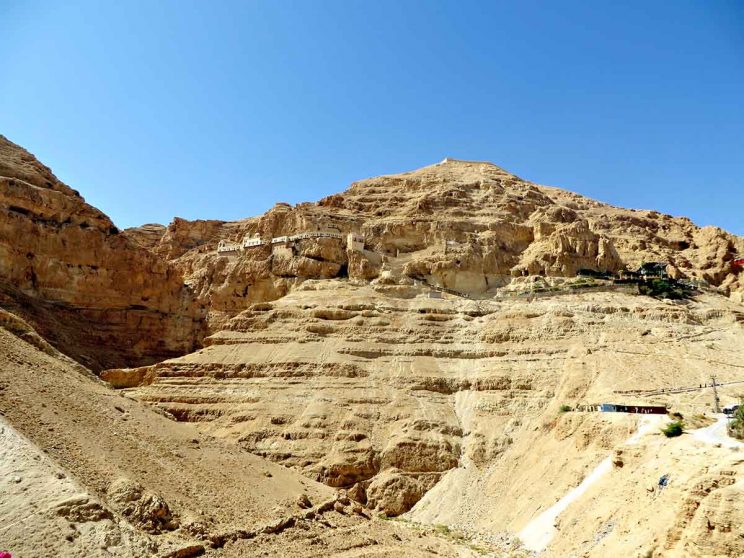 The Mount of Temptation, near Jericho in the West Bank, where Jesus is believed to have spent 40 days and 40 nights before beginning his public ministry. (Photo: Günther Simmermacher)

The way the Church has observed Lent has changed since the early days of the Church. Professor MICHAEL OGUNU charts the development of Lent, and explains how we best follow the 40 days leading up to Easter today.

Lent is the part of the Church year during which we prepare for the risen Christ. It is a time of prayer, fasting and penance in the period of 40 days preceding Easter.

The English word “Lent” comes from the Anglo-Saxon word “Lenten”, meaning spring because in the northern hemisphere, Lent always falls during the spring time of the year.

Before the 4th century, only catechumens who were in the final stages of their preparation for baptism on the Easter vigil observed a fast. For three weeks before the celebration of the paschal mystery, the candidates for baptism attended special classes in Christian doctrine.

This catechumenate in its traditional form of classes, daily exorcism, and the fast, dates from the latter half of the second century.

However, quite early, many devout Christians took it upon themselves to renew their own baptismal dedication to Christ by observing the fast and joining in the various exercises of the catechumenate.

After the periods of persecution by the Roman Empire had ceased with Christianity’s legalisation in AD 313, the Church used this originally private devotion as a way of keeping before all Christians the ideal of a Christ-centred life.

The length of this fast and the rigour with which it has been observed has varied greatly at different times and in different countries.

In the 2nd century, the time of St Iranaeus, the fast before Easter was very short but very severe. Some ate nothing for 40 hours between the afternoon of Good Friday and the morning of Easter. This was the only authoritatively prescribed fast known to the Tertullian (c155-c240), the African “Father of Latin Christianity”.

In Alexandria, Egypt, about the middle of the 3rd century, it was already customary to fast during Holy Week.

The first mention of the Lenten fast, or Quadragesima, is in the fifth canon of the Council of Nicaea (325), and from this time it is frequently referred to — but chiefly as a season of preparation for baptism, of absolution of penitents or of retreat and recollection.

Fasting played a part during this season, but it was not universally or rigorously enforced.

In Rome, for instance, the whole period of fasting was but three weeks long, according to the 5th-century historian Socrates of Constantinople; these three weeks were probably not continuous but, following the Roman custom, broken by intervals.

Gradually, however, the fast as observed in the East and West became more rigorously defined. In the East, where after the example of the Church of Antioch, the Quadragesima fast had been kept distinct from that of Holy Week, the whole fast came to last for seven weeks; Saturdays and Sundays (except Holy Saturday) were, however, excluded.

The Significance of 40 Days

Early in the 7th century the fast was made to last 40 days, beginning from Ash Wednesday. The name Ash Wednesday arose from the institution of public penance. On that day, public sinners were sprinkled with ashes and expelled from the Church in order to be readmitted on Holy Thursday.

The adoption of the number of 40 days was a development inspired by biblical and symbolical considerations. As Nigerian Fr Martin Dama puts it, “40 days is the measure used in the Bible for man’s preparation to meet God”.

In the early centuries of the Church, Lent was characterised by prayer and fasting. The people gathered each day to listen to the Bible being read and to sing psalms. All day, before the prayer meeting they would fast.

As already explained, the custom of Lenten fasting might have originated in the prescribed fast of candidates for baptism. The emphasis on fasting was on the preparations for spiritual renewal as demanded by Easter.

From the 5th century onwards, the observance of the fast was very strict. Only one meal a day, in the evening, was allowed. Meat and fish, and in most places even eggs and dairy products, were absolutely forbidden (as we can see, veganism is not a new fad). Meat wasn’t even allowed on Sundays.

However, from the 9th century onwards, the practice began to be considerably relaxed. The prohibition against fish was removed during the Middle Ages, while the use of dairy products came to be more general.

In the course of the last few centuries, the Holy See has granted more substantial relaxations of the laws of fasting. Meat was allowed at the principal meal on Sundays, then gradually on weekdays, but Fridays were always exempted.

The trend on greater emphasis on other forms of penitential works, rather than on fasting and abstinence—particularly on exercise of piety and other works of charity — found legislative expression in Pope Paul VI’s 1966 apostolic constitution Poenitenmini.

Additional fasting is left to the discretion of individuals, while other forms of self-denial and good works are encouraged.

But the most effective fast is fasting from evil, from laziness at work, from cheating our workers or our employers or our clients.

The purpose of Lent is conversion. Through a complete right-about-turn in life, we Christians are called again to become better disciples of our Lord Jesus Christ through self-denial. “Unless a grain of wheat falls to the ground and dies, it remains only a single grain” (Jn 12:24).

In his illuminating book titled Following Christ Crucified, Bishop Anthony Nwedo CSSp reminds Christians of the age-old teaching of the Church that fasting, prayers and alms-giving form the triple remedy which work together to purge away sins, cleanse man’s soul and reconcile him to God.

Apart from the penitential discipline of self-denial which we should willingly impose upon ourselves, there are more positive acts of love of God and neighbour by which we open wide the windows of our souls.

By this I am referring to our common offering with our priests of the Holy Sacrifice of the Mass, which may be our daily Lenten banquet; or sharing with our brethren in those devotions, notably the meditation on the Stations of the Cross, which remind us so forcibly that Christ’s sufferings and death were in truth the price of our salvation.

Beyond these, and springing from them, we should also be prompted to acts of charity, the relief of want and misery, the actual involvement in the care of the aged and infirm, not as a duty grudgingly undertaken, but as our Christian privilege.