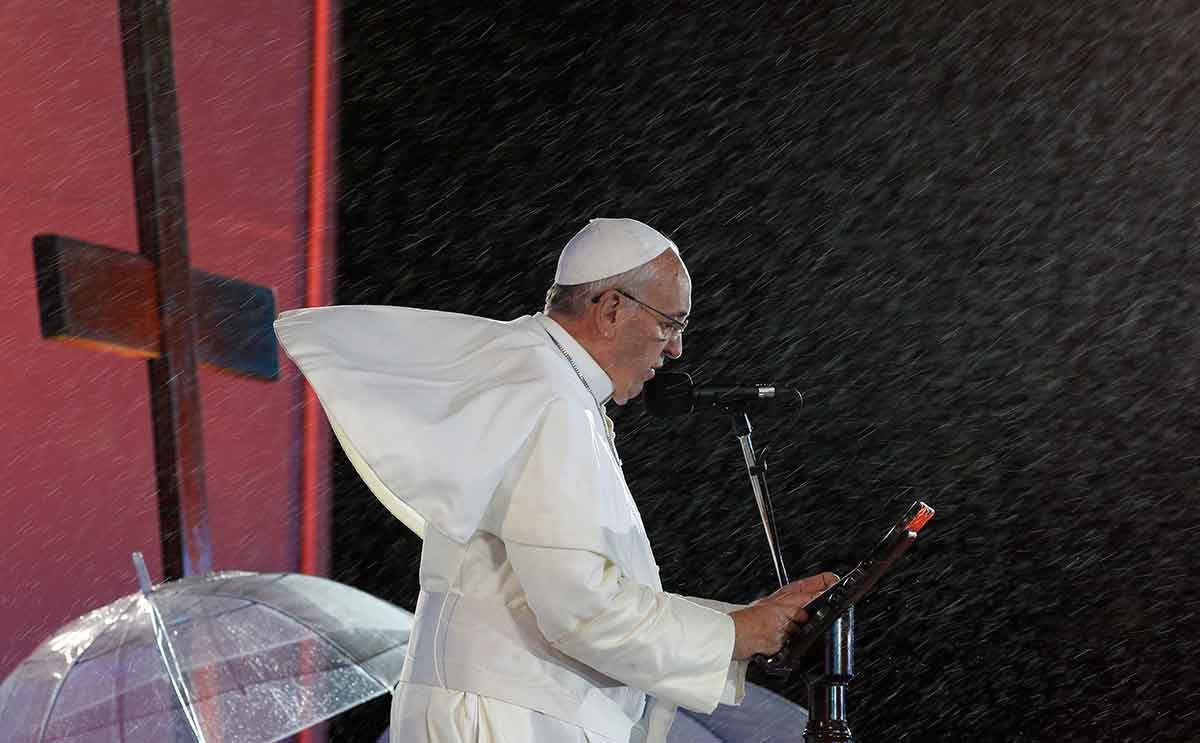 Pope Francis is in the midst of the worst crisis in his papacy of almost five years — and the cause is the sexual abuse scandal.

The Holy Father has a good record of saying the right things on that crisis. He has talked a good game about “zero tolerance” for abusers and their enablers, and about compassion for the victims. He has also taken some strong actions, including the removal of bishops involved in scandal.

So there was understandable indignation at his insensitive and tone-deaf comments in response to protests against a bishop accused of having known about the abuses of a priest.

Pope Francis failed to follow his own advice by effectively saying that the critics of Bishop Juan Barros were liars perpetrating calumny in the service of a leftist agenda, and demanding evidence before acting on the allegations.

Absence of proof is not enough to dismiss allegations, as Pope Francis has done.

Surely the Holy Father must know that the institutional Church, through generations of its own corruption, has lost the right to cast aspersions on those who make allegations of abuse, at least until it is proven that such allegations are proven baseless. Absence of proof is not enough to dismiss allegations, as Pope Francis has done.

With his words, Pope Francis distressed even one of his closest advisers, Cardinal Sean O’Malley, who criticised the pontiff in unusually strong terms.

Responding to the criticism against him, Pope Francis this month sent Archbishop Charles Scicluna, his top investigator into abuse cases, to Chile to investigate the Barros allegations (it is not helpful that the Vatican pointedly declined to reveal the scope of that investigation). It’s too little and too late, though even that is better than nothing and never.

Nonetheless, whatever the outcome, the pope emerges from the saga with his reputation stained, and the damage to the Church’s standing in Chile will be difficult to repair.

Of course, many people in the Church, especially clergy, have the experience of knowing priests accused of a transgression. In such cases, friendships with such priests can cloud judgment — it seems impossible that the accused could be guilty. This may be true for Pope Francis, whose judgment in those to whom he shows leniency has no perfect record. And he would not be the first pope to exercise such an error in judgment.

And he would not be the first pope to exercise such an error in judgment. Pope John Paul II, for example, took no action against his friend Marcial Maciel Degollado, the founder of the Legionaries of Christ, who was later found to have been guilty of sexual abuse of minors, among other crimes and sexual scandals. No doubt, the critics (and some friends) of the Church will use this case, and other areas of legitimate frustrations, to portray the Church as irreformable on sexual abuse.

No doubt, the critics (and some friends) of the Church will use this case, and other areas of legitimate frustrations, to portray the Church as irreformable on sexual abuse. And the Church must introspect whether such an accusation has some merit.

At the same time it must be emphasised that, in general, the Catholic Church is now a safer place for minors than virtually any institution dealing with children.

On local levels, protocols are in place to keep children as safe as possible and to deal with allegations with integrity. But if even a man as good and virtuous as Pope Francis can get it wrong, then public confidence in the Church‘s capacity to deal with sexual abuse inevitably takes a hit.

However, we must beware of those of Pope Francis’ critics within the Church who will use the Barros case as a proxy to undermine the Holy Father and his programme of reform and emphasis on mercy. The pope’s lapses in understanding the abuse crisis are not borne of malice, indifference or old-fashioned clericalism. But he has erred in judgment.

The pope’s lapses in understanding the abuse crisis are not borne of malice, indifference or old-fashioned clericalism. But he has erred in judgment.

For Pope Francis the correct response to his own failings is to accept them with humility and to swiftly put all his encouraging words about addressing the abuse crisis into concrete action, beginning by elevating the Pontifical Commission for the Protection of Minors above the status of an advisory body by giving it the necessary teeth.

There is still much catching up to do.

The Pope of the Gospel