Let’s Be Careful: The Single-Issue Church 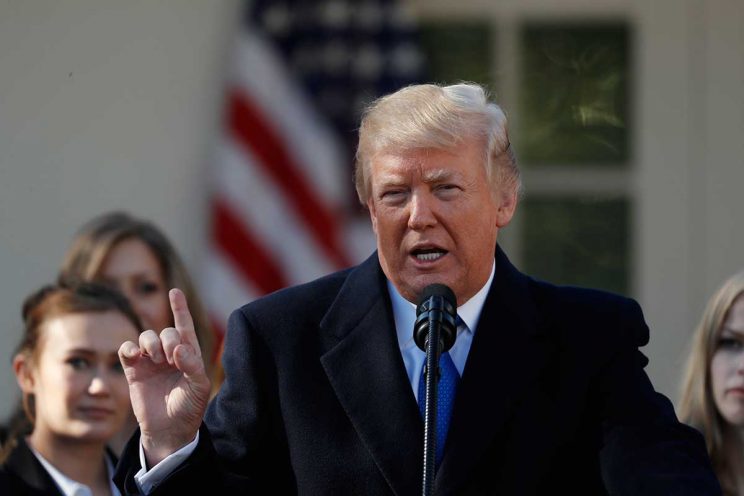 Recently I received an e-mail from one of the many Catholic mailing lists I belong to. The mail asked me to pray for US President Donald Trump, and went on to tell me how profound this man was as a president of the United States because he had spoken at the March for Life and defended the fight against abortion.

I instructed that I be removed from that list — but not because I won’t pray for Mr Trump or the US under his leadership, nor even because I don’t agree with the vital importance of fighting against an abortion culture.

Many Wrongs Doesn’t Make One Right

I wanted out because of a very dangerous principle that needs to be resisted. It’s the idea of becoming a single-issue Church. Thus, because Mr Trump spoke against abortion, all the other issues that he has got wrong — and they are myriad, from Russia to the blanket condemnation of, to rephrase him, “long-drop toilet countries” — are swept aside because he has spoken about this one idea that has captured the imagination of part of the American Church.

As a student I had the great privilege of studying the approach of the late Cardinal Joseph Bernadin of Chicago who proposed to the very divided US Church that all moral thought was a Seamless Garment.

Building on the great tradition of Catholic moral thought, the Ten Commandments are never to be seen in isolation. So while we might not murder, we might need to approach our whole lives with a consistent life ethic.

This is why I cannot avoid commenting on the sounds being made on the death penalty all the way to the Water Wars in the Cape to the danger of our racism in thought and action.

We cannot say that all will be well with the world because Donald Trump spoke about abortion — the same man who has the delicacy of a Blue Bull forward.

And why is this important for our South African narrative now?

One of the things I admire about the US Church is that it’s a Church that is passionate. The American Catholic is a generally passionate Catholic.

The Church — at least the one that remains after the suggestion that the biggest religious group in the US after Catholics is lapsed or ex-Catholics — is a Church that has issues to engage with, one that tries. The danger is that it is a single-issue Church. But at least it has issues.

I’m concerned that we don’t have any of that passion in the South African Church.

Fr Chris Townsend: As I Move to a New Parish