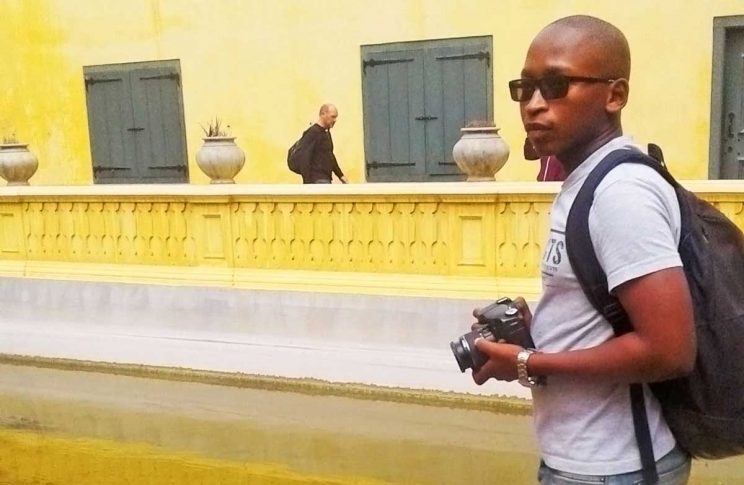 Mziwakhe Makhaya, former ACTS publicity officer, at the governor’s pool inside the Castle.

Members of the Association of Catholic Tertiary Students (ACTS) in the Western Cape embarked on a poignant tour of the Castle in Cape Town. Completed in 1679 by the Dutch East India Company, the Castle is the oldest surviving colonial building in South Africa.

Touring this heritage site was not only to showcase the province’s history, but also to give ACTS members from different universities the chance to get to know each other, said media secretary Meleza Tengimfene.

“The tour was a great experience,” said Ms Tengimfene. “It enabled fellow members to meet and also get a sense of the importance of being a Catholic student on campus.”

Tour of the Castle

Highlights of the tour included observing a cannon-firing demonstration, viewing the governor’s private pool and rooms, and being shown the dungeons and torture chambers where slaves had been imprisoned.

The students heard from the Castle guide of how slaves were treated by the Company.

For many, it was an eye-opening tour.

Tanyaradzwa Chiza praised it for being intriguing yet sombre. “I never really knew about the history of the Cape until now,” she said.

“However, it was very sad hearing how people of colour were treated back then. It was demeaning and inhumane.”

Fellow ACTS member Kirsten Miller agreed: “It was sad when the tourist guide informed us how slaves were tortured for following a different religion. The chamber will make you emotional.”