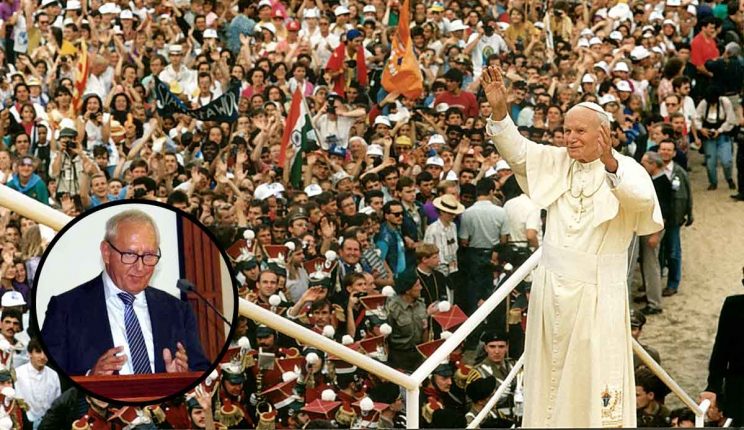 He is acknowledged as a great leader in Christian history — a global leader, a world statesman. The most travelled pontiff in the history of the Catholic Church was hailed for his human rights and political activism. St John Paul II was a peacemaker.

This quality was highlighted in December when the embassy of Poland, in collaboration with St John Fisher parish in Lynwood, Pretoria, hosted an exhibition to introduce new memories of the saintly “Pope of Freedom”.

Embassy and Parish in Collaboration

John Paul II, the “Pope of Human Rights,” the advocate of freedom. Parishioners reflected thoughtfully on the remarkable life of this “vocal advocate of human rights”—a pope who did not hesitate to condemn economic injustice.

The exhibition marked the various stages and phases in the life of John Paul II, in particular around the central theme of freedom. In 36 posters, the exhibition charted John Paul’s efforts “towards creating the new world, free of regimes and injustice”.

The exhibition started with the inauguration of the pontificate of John Paul II, capturing a homily he delivered on October 22, 1978.

The new pope called to “open wide the doors for Christ. To his saving power open the boundaries of states, economic and political systems, the vast fields of culture, civilisation and development. Do not be afraid.”

These words, “Do not be afraid”, became a well-known phrase during his pontificate, underlining his support in messages to those who fought for human rights.

It is within the context of John Paul II’s commitment to human rights and freedom that the exhibition captured the significant contribution the saintly pope made during his pontificate.

It is especially in his home country of Poland — at the time a politically oppressed country — that the election of John Paul II signalled the winds of change.

The Workers’ Defence Committee (first independent democratic organisations established in Poland) and the Movement for Defence of Human and Civil Rights in Czechoslovakia brought together dissidents and intellectuals.

John Paul II celebrated a Mass in Warsaw in honour of the members and supporters of these organisations. They remember his message as a call “to cast away the fear of the mighty of this world, of the power of their empires built on violence and lies”.

During his 1979 visit to Poland, St John Paul met with that country’s communist authorities. He told them: “Poland’s quest for freedom is permanently rooted in the experience of the Christian faith.”

In August 1980 — a year after the papal visit during which the pope prayed for the descent of the Spirit of God and revival in Poland — workers boldly spoke up for the freedom to associate in independent trade unions, improved living conditions and the freedom to practise faith in public life.

In 1982, at the 68th session of International Labour Organisations in Geneva, six months after the (temporary) crushing of Solidarity by the regime, Pope John Paul II said in a speech: “ In order to build a world of justice and peace, solidarity has to demolish the basis of hatred, egoism and injustice, often elevated to the rank of ideological principles or fundamental right of social life… Solidarity creates an instrument of dialogue and cooperation to help solve contradictions without striving to destroy the rival.”

In 1983, a mass emigration of thousands of Poles occurred. Murders were committed by the regime’s security officers, including those of the student Grzegorz Przemyk and Fr Jerzy Popiełuszko, a Solidarity Movement priest. John Paul inspired the Poles to turn to prayer and to teach.

He shared his teachings, that pointed to “freedom as the principal aspect of human dignity, but also the necessity to remove the desire to retaliate — hatred ages political opponents”. 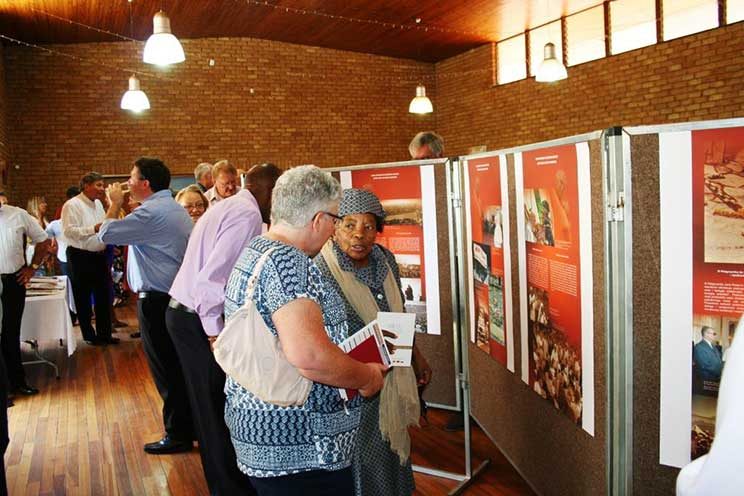 During his third visit to Poland, in 1987, Pope John Paul shared the “theology of solidarity”: “There is no freedom without solidarity. True freedom is based on cooperation, dialogue and mutual understanding; not on conflicts, murders, rivalry and war.”

In 1989 John Paul II welcomed the events that restored freedom in central and eastern Europe, and the start of roundtable discussions in Warsaw which led towards transformation.

Two years later he addressed World Youth Day in Czestochowa, Poland, telling young people: “In Western Europe, too, lots of young people have lost the motivation which made life worth living. The symptom of this comprises in the phenomenon of resorting to drugs. The lack of interest in politics indicates a feeling of helplessness…You are sent to those brothers and sisters as heralds of the good…By meeting Christ, learning our calling to the dignity of the God’s sons, they will be able to discover the meaning of life.”

In 1998 the pontiff met with Cuban leader Fidel Castro. In his homily at Mass in Revolution Square in Havana, John Paul II said: “The ideological and economic systems succeeding one another in the last two centuries have often encouraged conflict as a method, since their programme contained the seeds of opposition and disunity. The fact profoundly affected their understanding of man and of his relations with others.”

The state, he urged, “should encourage a harmonious social climate and a suitable legislation which enables every person and every religious confession to live their faith freely, to express that faith in the context of public life and to count on adequate resources and opportunities to bring spiritual, moral and civic bend to bear on the life of the nation”.

At the exhibition in Pretoria, Poland’s ambassador, Andrzej Kanthak gave the opening address of the exhibition. He quoted John Paul II: “Freedom consists not in doing what we like, but in having to do what we ought.”

Mr Kanthak continued: “The pope was stressing frequently that ‘without freedom, we cannot realise our dignity as persons. Without freedom we cannot love’. John Paul II set us an outstanding example. He thought boldly and he wanted us to think boldly.

“Pope John Paul II believed that the communist global dictatorship in Moscow, Warsaw, or wherever did not need to be recognised as legitimate. He took his message of creating a strong, passive resistance in Poland to the entire world,” the ambassador said.

He noted that throughout his papacy, John Paul II consistently stressed the dignity of all people, freedom of religion, and respect for human rights.

“Every human being has a dignity — and by extension a right to freedom of conscience — that both Church and state are obliged to respect,” Mr Kanthak said.

“John Paul II is recognised as helping to end communist rule in his native Poland and eventually all of Europe. Nobody knew how to get rid of communism,” he said.

Mr Kanthak described John Paul II as a vocal advocate for human rights, including his opposition to capital punishment.

The ambassador described John Paul II as “an outspoken opponent of apartheid in South Africa”.

Visiting the Netherlands in 1985, the pope gave an impassioned speech to the International Court of Justice, condemning apartheid in South Africa. No system of apartheid or separate development, he said, would ever be acceptable as a model for the relations between peoples or races

During his visit to Zimbabwe, John Paul II called for economic sanctions against South Africa’s government.

“A charismatic figure, John Paul II used his influence to effect political change. He can be described as history’s first pope of human rights. During his whole pontificate he never ceased to preach the Gospel of freedom around the world, a message which can give true meaning to entire communities,” Mr Kanthak said.

“The voice of the Polish pope still remains a call of hope to this day for those who desire true freedom and respect for human rights in every corner of the world.”