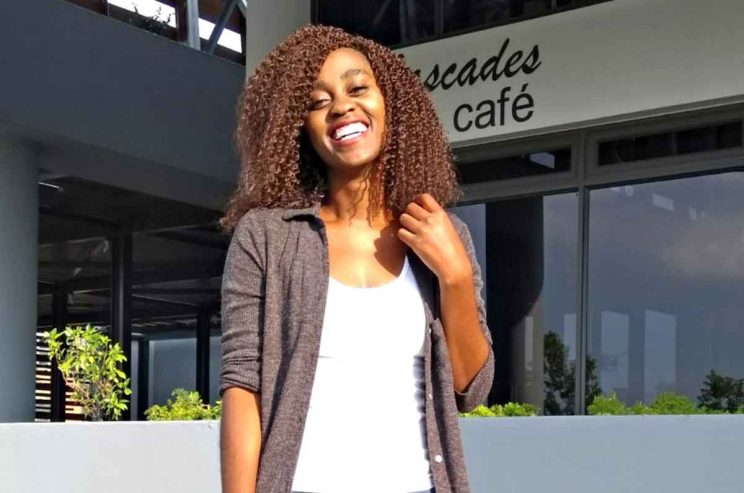 Koketso Mary Zomba who is representing the SACBC youth ministry at a pre-Synodal meeting in Rome. (Photo: Peter Akinsipe)

A  Pretoria Catholic is among the 300 young people at present in Rome for a preparatory meeting for this year’s Synod of Bishops on the youth.

Koketso Mary Zomba, the secretary-general of the Southern African Bishops’ Conference’s  Interdiocesan Youth Committee and a youth member at Tshepo pastoral district in Hammanskraal, was selected to represent the Southern African region at the week-long meeting in preparation for the Synod of Bishops on the theme “Youth, Faith and Vocational Discernment”, which will be held at the Vatican in October this year.

Ms Zomba was chosen from three nominated candidates under the age of 28.

Before departing for Rome, Ms Zomba said that she was “nervous” after finding out that she had been the one chosen by SACBC secretary-general Sr Hermenegild Makoro CPS, based on her active involvement with the youth ministry and reporting abilities.

“I thought I might not be the best representative for the meeting considering there were so many energetic and outspoken young people to choose from,” explained Ms Zomba. “But after praying about it, I now know that God chose me for a reason, and I am excited to be the voice of all the young people in Southern Africa.”

Since her teenage years, Ms Zomba has been involved in the Church, “a space where I’m able to grow every day in most aspects of my life”.

She manages to balance her duties as the secretary-general of the Interdiocesan Youth Committee, a position to which she was elected in 2016, and as a human resources and marketing administrator at an IT consulting company.

What Representing the Youth Means for Her

To represent all the SACBC’s youth ministry, said Ms Zomba, is “a great blessing”.

“Apart from my own views, I will positively be able to present those of young people” in the SACBC region, which includes South Africa, Botswana and Swaziland.

“As young people, we have a lot to share with each other and we also hold answers to our questions, so what we don’t share will only remain a mystery. I plan not to do such an injustice to those who have entrusted me with this opportunity,” Ms Zomba said.

At the pre-Synodal meeting, Ms Zomba and other delegates have the opportunity to discuss their viewpoints, such as what they think about themselves and adults; how they live their faith and what difficulties they encounter in being Christians; how they see the Church today and how they would like it to be, among other topics. These will be presented in the form of a document to the Synod of Bishops in October.

Ms Zomba hopes that the results of the meeting, as well as the synod, will “help one another in solving the challenges we face as young people”.

“With so much faith which the Holy Father has shown in calling us to such a gathering, I hope we will produce a document that will make our bishops understand us: what we need, what we can offer, and how they can assist us in all of that,” she said.