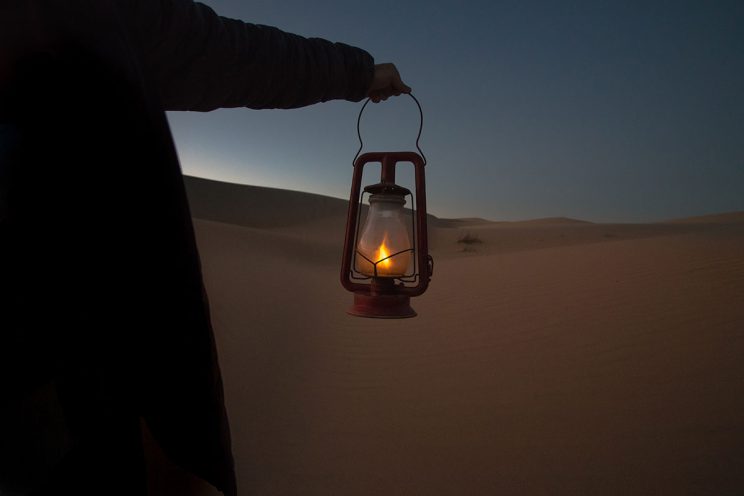 Over the past few weeks, Catholics and people of other faiths have been praying for the rains to come to avert the crisis. So in recent weeks, some believers have been thanking God for the rain that has come, however little it has been, as an answer to their prayers.

I do not want to undermine or diminish the power of prayer, but it is worth asking ourselves what we feel the act of prayer in itself is actually doing.

Some religious people see the drought as evidence of divine anger at humankind. God, therefore, needs to be satisfied (propitiated) before he sends rain.

Even if this is how you see God’s relationship with human beings, a widespread drought would seem to be a strange choice of punishment for God to use in this day and age. After all, it affects everyone — even though presumably not all Capetonians have angered God equally. And have the people of Cape Town been notably more evil and sinful than the rest of us?

As is already evident by some people buying water or setting up private desalination plants, it is actually the poor who will suffer most from such a supposedly divine blanket judgment.

Are some pastors seriously arguing that God has sent the drought so that the poor will really suffer while the rich can prove again that they can find a way to avoid divine punishment? That does not sound like a plausible image of God.

So if it is not propitiating an angry God, what exactly are we doing when we are praying? We cannot possibly be reminding God that the Cape needs rain — God knows that already.

Nor can we be trying to change God’s mind — it is a definitive characteristic of God that God is unchanging. So we cannot claim that once God receives enough prayers he will have a change of heart and rain will follow. Following this logic, what quantity of prayers is required to get the dams up to 40% or 60% or even 100%?

Prayer Changes Our Hearts and Minds – not God’s

Theologians have grappled for centuries to try and explain the purpose of prayer. I am unlikely to solve that in a few hundred words. But one explanation I do find convincing is that prayer is effective not because it changes the heart of God but because it changes our hearts. As soon as we pray for something, we automatically become more aware of it.

We might feel that we are already grateful for our food, but formally saying Grace before a meal, especially if said out loud and with other people, makes sure that we really are grateful and that we remember those who are without food.

In the same way, people in other parts of South Africa who, for the moment at least, are not worried about having enough water are nevertheless praying for our neighbours struggling in Cape Town. When we do so, it makes us more actively conscious of their plight. That’s a good start.

But it’s only a start. The great Archbishop Bl Oscar Romero, martyred 38 years ago this weekend, had a lovely response to people who offered prayers when faced with a problem: “To pray and then sit back and wait for something to happen, isn’t holiness — it’s laziness!”

So having started with prayers, what should we do next? We might be moved to take action to campaign for more efficient management or more equal distribution of water in Cape Town; or for a speedier response to leaking pipes; or for action to halt the climate change that is disrupting our weather patterns. All of these can be effective even if not immediately.

So if I really want to show my solidarity with the people of Cape Town, I can reduce how much water I actually use, wherever I am. Not only will that maximise the total amount of water available in the country as a whole, but also establish a pattern of behaviour that will a make Cape Town-style water crisis less likely.

But that takes effort. It is certainly harder than offering “thoughts and prayers”, complaining on social media, or changing the frame of my profile pic. But it is more directly effective and is a much more authentic act of solidarity.

I could wait till the threat of my own Day Zero before I sort out leaking taps; take shorter showers; turn off the water when I brush my teeth; or stop washing my car with drinking water. And I could hope that last-minute prayers will then make up for my years of complacency and wastefulness. Or I could take action now. It will require some behavioural adjustments.

But next time I am tempted to flush the toilet to spare my nose a faint smell of urine, perhaps prayer will make me pause to consider if 14 litres of clean water might not be better used by someone who needs it to drink or to cook or to wash.

So let’s keep praying for rain. And let’s pray that the act of praying will change our hearts and our behaviour so that each one of us reduces the amount of water we use, shares what we have more fairly with others, and takes much more interest in what we can do about climate change.

That is the kind of miracle that is worth praying for.

Stop the Noise: Listen to God!

Let God Show Us How to Be a Father
Share