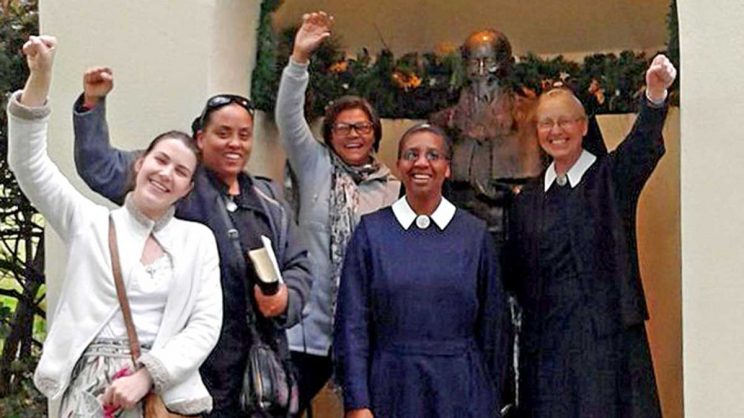 Schoenstatt Women’s League members in Cape Town mark the start of Kentenich Year commemorating the 50th anniversary of the founder’s death on September 15, 1968.

For members of the Schoenstatt Women’s League, Mary is always by their side. NEREESHA PATEL explains.

It was on a Sunday — July 14, 1940 — that a group of women met at Villa Maria in Cape Town. They were the founding members of the local  Schoenstatt Women’s League, a lay branch of the international Schoenstatt Movement which had been established in Germany in 20 years earlier.

Modelling themselves after Mary, the Mother of God — the “first living tabernacle” who bore Jesus — these women pledged to live their baptismal promises more consciously in daily life: in their parishes, places of work, their communities and their families.

The league grew out of the Apostolic Movement of Schoenstatt, a Marian movement founded in Germany in 1914 by Fr Joseph Kentenich. This year the Schoenstatt movement marks the 50th anniversary of Fr Kentenich’s death.

Almost 80 years after being founded in South Africa, the Schoenstatt Women’s League is still continuing its mission.

Catering for working, single and professional women who have chosen this lifestyle by choice or through circumstance, the Women’s League aims to foster the moral and religious renewal of the world in Christ through being instruments the Blessed Mother’s hands.

Acting as tabernacles themselves, members strive to live up to the Marian ideal of holiness, drawing their strength from participating in the sacraments and making time for prayer among other activities.

The composition of the League

There are three Schoenstatt Women’s League groups in South Africa, two in Cape Town and the other in Johannesburg.

Each group comprises between eight and 15 members. Almost all of the members become involved with Schoenstatt through a personal invitation or personal contact with the Schoenstatt Shrine.

Mary McCrae, deputy diocesan leader of the Cape Town branch, explained that “all of these women joined the Women’s League to deepen their faith and join a community of people who share the same lifestyle values”.

“Many work as teachers, in the medical profession, as accountants and in business, as lawyers, students, in advertising and media,” she said. “We freely choose to enter into a covenant of love with Mary. Through it, we believe that Mary, as our Mother, concerns herself with our formation and education. In turn, we promise to be cooperators in renewing the world for Christ,” she explained. 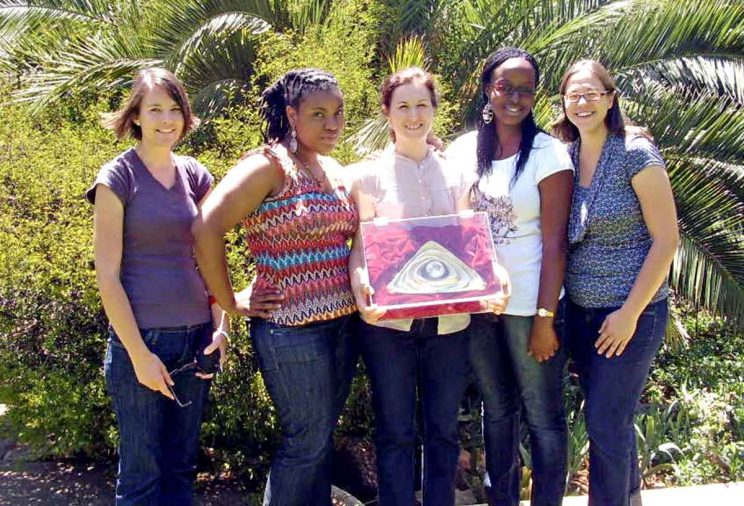 Johannesburg members of the Schoenstatt Women’s League with the symbol of God the Father given to the International Schoenstatt Movement which travelled to South Africa in 2010.

Some members choose to deepen and formalise their covenant of love through a consecration. This means committing to monthly meetings, a spiritual daily order, monthly confession, and helping in the activities of the branch and movement.

Sheila (members’ surnames are withheld for reasons of privacy), a founding member of the Women’s League, made her consecration in 1946 at the age of 22. Now 93 years old, she still attends regular meetings and is very grateful to “all who contributed to our spiritual growth in the Women’s League”.

At a social level, these women cherish the relationships and friendships that have been formed.

“What still binds me to Schoenstatt, particularly the Women’s League, is the fellowship and experience of loyalty over the years,” explained Norma. “There’s deep respect for one another, even though we come from different life experiences and backgrounds.”

It’s a connection that transcends age and physical ability, according to Dulcie. Too frail to attend meetings, Dulcie is nonetheless “grateful for the loyalty for shown to me” by the group members who keep in touch with her.

The Women’s League organises and participates in a wide array of activities, which include:

In addition to these activities, the Women’s League seeks to actively engage with other women in their respective communities.

For example, member Evadne is a prosecutor who works closely with victims of violence, many of whom are women. She says she draws her strength from attending Mass daily.

“There is much to digest when listening and taking in these ladies’ situations,” Evadne explained. “I am better able to minister to others if I start my day attending Mass. As long as I’m here, I’ll do 100%, but I know that I can only do this with Our Lady and ask her to give us the graces we need.”

Similarly, lawyer Candida provides free legal advice to the Culture of Life Movement that helped to set up a shelter for pregnant girls and abused women.

Former full-time teachers Mary and Norma’s apostolate was in the formation of young people, whilst other members, like Blanche and Thope, spend their weekends assisting children with their schoolwork at a local refugee centre at Mercy House, Johannesburg.

Thope is also part of a team in Johannesburg that runs the Schoenstatt-initiated Christian Business Leadership course which teaches business leaders to apply Christian principles and values in the corporate world.

By being a part of the Schoenstatt Women’s League, these women are able to discern their “feminine genius” and carry out the Blessed Mary’s mission in their everyday tasks.

Evadne summed it up: “The shrine is within me and Our Lady is within me — wherever I am going or whatever I do, she goes with me.”