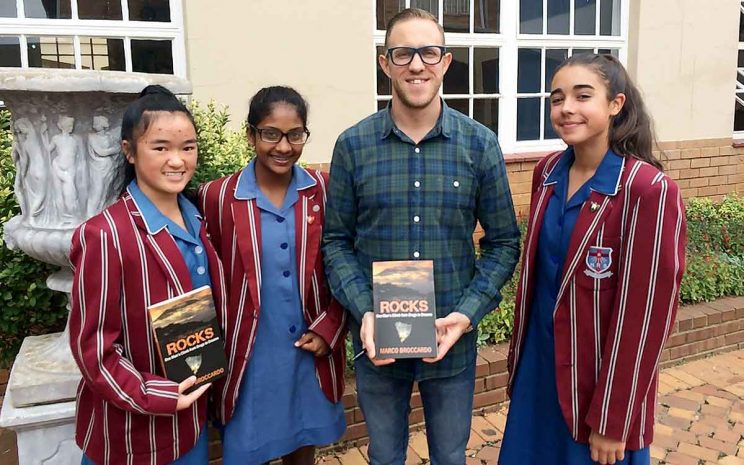 In his talk, Mr Broccardo detailed his struggle with drug abuse in his youth, becoming a drug dealer at the height of Johannesburg rave culture during the 1990s, and how he was finally able to overcome his addiction.

“I decided to recount my story on paper with the idea that it would bring hope to those suffering from addiction — both the addicts and their families,” said Mr Broccardo on his website.

“The idea of ‘once an addict, always an addict’, and that addicts are referred to as ‘recovering addicts’, exhausted me,” he said. “I refer to myself as an ex-addict and firmly believe that addiction can be beaten.”

Mr Broccardo said that through counselling other ex-addicts, or addicts newly recovering, he found himself telling his own story numerous times.

“But it was when I put it on paper that I relived it from a new perspective, as an ex-addict, and I finally truly understood the pain and suffering I caused so many people.

“It provided me with a glimpse of the person I was becoming at the time, and it frightened me.”

All royalties earned on the sales of Rocks:  One Man’s Climb from Drugs to Dreams will be donated to Mr Broccardo’s non-profit organisation Mountain Heights, dedicated to supporting recovering addicts and their families, and raising awareness of drug abuse.