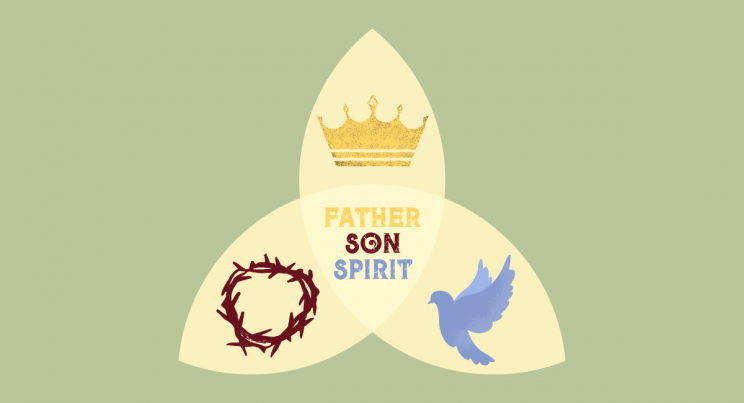 Fr John Allen Green OFM – Many, many years ago, before I was due to be solemnly professed into religious life, I had a most disturbing dream of standing before my superior at Mass; my superior refusing to give me the sacrament of Holy Communion.

My solemn profession was indeed to be delayed by two years. Some decade later I dreamt of this same superior at Mass with all the brothers. However when it came time for the sacrament of Holy Communion, all the communion had disappeared and people were running this way and that looking to find communion. Prophetic vision of what was to follow later during this chapter.

Wherever there is illusion, deception, obfuscation and lies, there is no love, only commercial entanglements out of which there can be no communion; no union.

As my Franciscan brother, father Richard Rohr, beautifully reflected that Reality is Community. In the beginning God says, “Let us make humanity in our own image, in the likeness of ourselves” (Genesis 1:26). The use of the plural pronoun here seems to be an amazing, deep time intuition of what Christians would later call the Trinity — the revelation of the nature of God as community, as relationship itself, a Mystery of perfect giving and perfect receiving, both within God and outside of God.

The Body of Christ is another metaphor for this bonding. “Reality as communion” is the template and pattern for our entire universe, from atoms to galaxies, and certainly in human community.

We come to know who God is through exchanges of mutual knowing and loving. God’s basic method of communicating God’s self is not the “saved” individual, the rightly informed believer, or even a person with a career in ministry, but the journey and bonding process that God initiates in community: in marriages, families, tribes, nations, schools, organisations, and churches who are seeking to participate in God’s love, maybe without even consciously knowing it.

Community seems to be God’s strategy and God’s leaven inside the dough of creation. It is both the medium and the message. It is both the beginning and the goal: “May they all be one . . . so the world may believe it was you who sent me . . . that they may be one as we are one, with me in them and you in me” (see John 17:21, 23).

Inseparable from Christ and each Other in Christ

Thomas Merton wrote, “The Christian is not merely ‘alone with the Alone’ in the Neoplatonic sense, but he is One with all his ‘brothers [and sisters] in Christ.’ His inner self is, in fact, inseparable from Christ and hence it is in a mysterious and unique way inseparable from all the other ‘I’s’ who live in Christ, so that they all form one ‘Mystical Person,’ which is ‘Christ.’” [1]

There is no other form for the Christian life except a common one. Until and unless Christ is experienced as a living relationship between people, the Gospel remains largely an abstraction. Until Christ is passed on personally through faithfulness and forgiveness, through concrete bonds of union, I doubt whether he is passed on by words, sermons, institutions, or ideas.

This idea of mutual indwelling and the spiritual dance centres on the Paschal mystery as it reflects the nature of the God; God as Trinity becoming known to the Christian person. This discernment by the Christian person of the mystery of the Trinity reflects a particular Christian spirituality that is capable of ‘resonance’ with Jesus Christ, through the Spirit towards worship of the Father.

As Jesus Christ is beheld in his Paschal mystery, this ability to resonate through, with and in the Spirit, similar to a tuning fork set to a particular musical note, allows the Christian person to ‘hear the song’ and ‘to behold the icon’ of the Triune God and so to enter into the spiritual dance.

This is the form that reveals the harmony of both the goodness and beauty of God. It is therefore in the mystery of the Trinity, as ‘amplitude to the musical note’, can become known; truth is symphonic.

This beautiful concept of ‘symphonic creation’ speaks of the world’s orchestra tuning up to play God’s symphony under the direction of the beloved Son; the drama of the liturgy in the sacrament of Holy Communion must be the basis of our spiritual Trinitarian dance.