My Story of the Gentile and the Jew 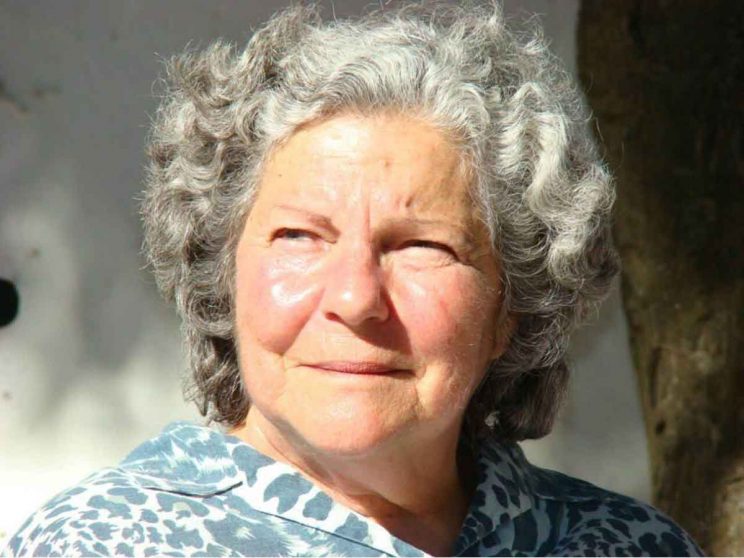 Rosalie Bloch, the Good Samaritan, who was murdered at 84 this month.

By Sydney Duval – We arrived in Cape Town on the afternoon of New Year’s Day 1980 after a long haul from Johannesburg, accompanied by the furniture vans. No 2 Highfield Road, Rosebank, was soon echoing to a procession of trampling feet as household goods accumulated over 18 years were resettled in our new home.

It was hard work, with everyone pitching in, boxes on heads and shoulders. We had been going for some three hours when a woman appeared at the front door carrying trays of food. She introduced herself with a warm smile and sparkling eyes: “I’m your neighbour, Rosalie Bloch. I thought you must be hungry after your long journey.”

This was how I met Rosalie, who was to become for me a living experience of the person Mgr Frederick Mason had in mind when, as vicar-general of the archdiocese of Pretoria, he put the question in a radio broadcast one Sunday morning: “Who is my neighbour?”

In the years that followed, with her home overlooking ours, we got to know Rosalie as a dear friend who shared a legal background with my wife Christiane. She was a regular at our bridge parties which continued after we had left Rosebank for St James. She thrilled to good company and conversation. When she liked you she hardly paused for breath. She was both kind and feisty.

Rosalie was passionate about her family and friends, her work and social justice. Her eldest son, Nigel, an activist and conscientious objector, was in exile in The Netherlands. Her second son Graeme, a detainee and university academic, was to marry UDF activist Cheryl Carolus.

I was working on the Cape Argus in the early 1980s, when Rosalie announced she had bought a video player. She said: “I know you finish work before me so I’m putting the front door key under the mat for you to watch videos anytime you want.”

A few weeks later, she was at our front door, impatient with excitement: “I’ve joined a video library and I’ve got a film you must see.”

The film turned out to be the ITV dramatisation of Evelyn Waugh’s account of the intricacies and sensibilities of Catholicism and relationships in Brideshead Revisited. I sat through all 11 episodes in a matter of days, with Rosalie sometimes catching the tail-end of an episode.

We were having a family TV dinner a few days later when I got up to answer a knock on the door. It was Rosalie, but she had with her Judge Denys Williamson and his wife Sannie, who lived across the road from Rosalie and were known to us from Johannesburg as converts to Catholicism. They had just finished watching Brideshead Revisited. Judge Williamson got to the point: “I think we need to talk. Can we?”

I bid them enter and what followed was a lively exploration of Catholicism and its impact on the Marchmain family and their close friends and suitors, who between them were experiencing the fluctuations of faith through irregular living, divorce, confession, reconciliation, dying and sacramental life.

My journalism took me closer to Rosalie and her involvement in various political and humanitarian organisations.

Then came those momentous days when I had joined the Cape Town chancery led by Archbishop Stephen Naidoo then Archbishop Lawrence Henry, when the churches and the UDF were defying the apartheid regime and the system was crumbling.

Rosalie, 84, and her long-time partner Aubrey Jackson, 94,  were found murdered in their home on May 4, deeply distressing a society already afflicted by the high incidence of murder, rape, abuse of children and women, and violent crime—and lawlessness on many roads.

It was said of the killers: “They must have been already dead in themselves to do what they did.”

News of the deaths prompted an outpouring of sympathy and grief. The joint memorial service for Rosalie and Aubrey at the Baxter Theatre on May 17 drew a large gathering of mourners and tributes from grandchildren, sons and daughters, to friends and struggle stalwarts.

Rivonia trialist Denis Goldberg closed the tributes from his wheelchair, using a microphone and no notes. The Baxter resounded with his dramatic and compelling eulogy in describing Rosalie as the political sister he had not known, but had found.

He quoted fellow trialist Govan Mbeki who had said, in the context of the holocaust: “Racism leads to gas ovens, death and destruction.”

Goldberg ended with a cri d’coeur for all to reflect on: “In desperate times the meaning of life is service to others.”

And I was thinking of Rosalie, the compassionate advocate for justice, the lover of hikes and nature, mother to all, the Jewish woman who came to talk about Catholicism and faith, the humanitarian extraordinaire–the Good Samaritan. Adieu Rosalie. Shalom!