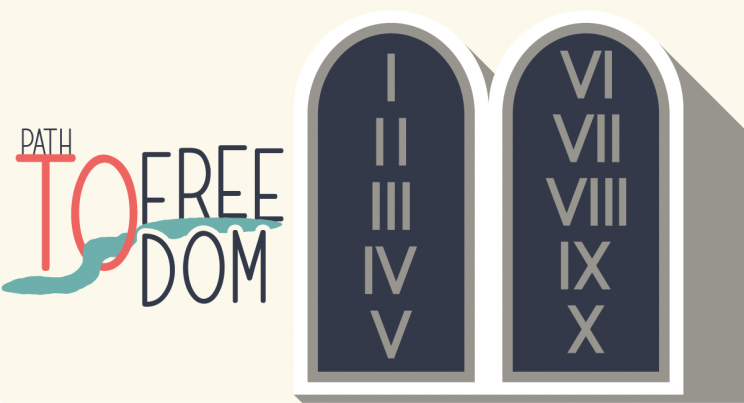 The Ten Commandments given by God are meant to protect his children from self-destruction; they are not harsh rules meant to enslave and oppress, Pope Francis said.

Since the days of Adam and Eve, the devil has sought to deceive people into believing that the rules set forth by God are “the imposition of a despot who prohibits and forces” rather than a loving father “who is taking care of his children,” the pope said at his general audience in St. Peter’s Square.

“Man and woman are in front of this crossroad: does God impose things on me or does he take care of me? Are his commandments just a law or do they contain a word? Is God master or father? Are we his subjects or his children?” he asked.

Before greeting the crowds standing outside under the sweltering sun, the pope made his way to the Paul VI audience hall to greet hundreds of sick people taking shelter from the heat. 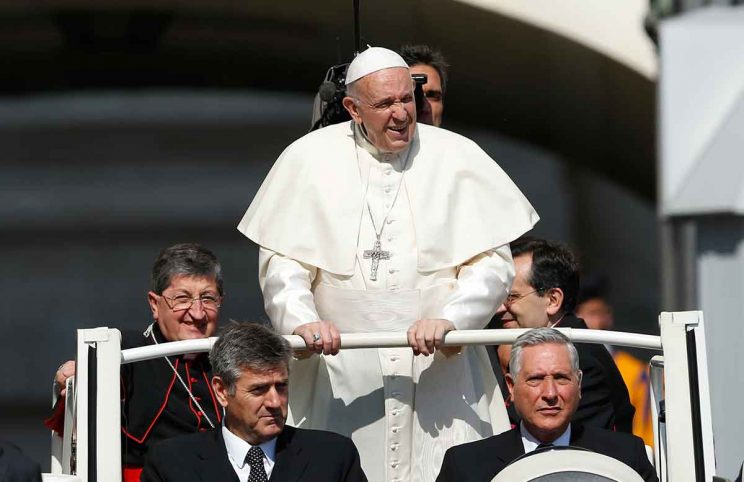 Pope Francis arrives to lead his general audience in St. Peter’s Square at the Vatican. Also pictured in the popemobile is Cardinal Giuseppe Betori of Florence, Italy. (CNS photo/Paul Haring)

“This audience is being held in two places: us here in the square, and at Paul VI hall there are more than 200 sick people who are following us on the big screen. All together, we form a community. Let us greet those who are in the hall,” Pope Francis told the estimated 13,000 people in St. Peter’s Square.

Continuing his new series of audience talks on the Ten Commandments, the pope reflected on the biblical reference to it not as “commands” but as “words.”

While a command “is a communication that requires no dialogue,” the word is “the essential means” of establishing a relationship through dialogue.

“God the father creates by his word and his son is the Word made flesh. Love is nourished by words,” the pope said. “Two people who do not love each other cannot communicate. When someone speaks to our heart, our loneliness ends.”

The devil’s temptation of Adam and Eve, which was meant to convince them that God forbade them to eat from the tree to keep them submissive, is a challenge for Christians today who must choose “between a slave mentality and a mentality of children,” Pope Francis said.

“The Holy Spirit is a spirit of children, it is the spirit of Jesus. A spirit of slaves can only accept the law in an oppressive way, and it can produce two opposite results: either a life made up of duties and obligations or a violent reaction of rejection,” he said.

“The commandments are the path to freedom because they are the word of the father who sets us free. The world does not need legalism, but care. It needs Christians with the heart of children,” Pope Francis said. By Junno Arocho Esteves Catholic News Service

Pope: People Need ‘Prophets’ To Warn Them Of Their Sins

Pope: God’s Kingdom Is For The Poor In Spirit, Not The Proud Of Heart