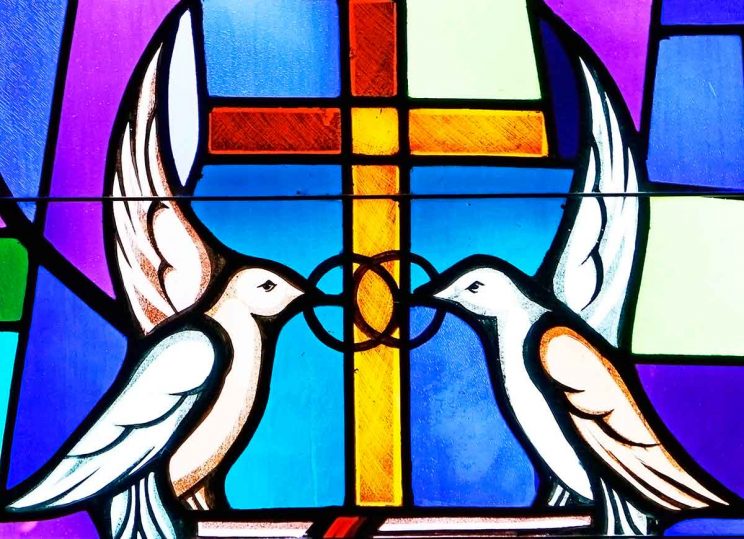 Implementation of Pope Francis’ abbreviated process for declaring the nullity of a marriage got off to a slow start, Vatican statistics showed, but his encouragement for making the annulment process free for petitioners fared better. (Photo:Gregory Shemitz)

Implementation of Pope Francis’ abbreviated process for declaring the nullity of a marriage got off to a slow start, Vatican statistics showed, but his encouragement for making the annulment process free for petitioners fared better.

Many dioceses in the United States and Canada already had been subsidising all or part of the costs involved in the process when, in 2015, Pope Francis issued documents reforming part of the annulment processes. The documents were: Mitis Iudex Dominus Iesus (“The Lord Jesus, the Gentle Judge”) for the Latin-rite church and Mitis et Misericors Iesus, (“The Meek and Merciful Jesus”) for the Eastern Catholic churches.

The documents encouraged bishops to fully fund their marriage tribunals and not charge petitioners “so that, in a matter so closely tied to the salvation of souls, the Church—by demonstrating to the faithful that she is a generous mother—may demonstrate the gratuitous love of Christ, which saves us all”.

Pope Francis, in the same documents, introduced an abbreviated process by which a diocesan bishop can issue a declaration of nullity.

The Vatican’s Statistical Yearbook 2016, completed in February and recently published, reported that over the course of the year, about 33,7% of the nullity cases handled around the world were handled at no charge to the person petitioning; in 23,3% of the cases, the person was asked to cover some of the tribunal costs of his or her case; and in about 42,8% of the cases, the petitioner covered all the costs.

Ten years earlier, the Statistical Yearbook 2006 reported only about 23,3% of cases were handled free of charge, 30,3% of cases included a partial charge and, in 46,3% of the cases, the petitioners were asked to cover the full cost.

In the country-by-country breakdown, the yearbook reported that in 2016, fully 50% of annulment requests in the US were handled for free, 20,8% of cases in the US involved a partial charge, and about 29% included a full charge.

The dioceses of Canada reported in 2016 that about 40,7% of their cases were handled free of charge, 40,1% involved a partial payment, and 19% included a full charge to the petitioner.

The new rules issued by Pope Francis in 2015 empowered a bishop to issue a decree of nullity when certain conditions are evident, for example, when it is clear one or both parties lacked the faith to give full consent to a Catholic marriage, or when physical violence was used to extort consent for the marriage.

Of the more than 50000 marriage cases handled by the Church worldwide in 2016, the yearbook said, fewer than 1700 involved what the book described as the “briefer process before the bishop”, and only 1118 of the cases were completed during the year.

Bishops in the Americas—North, Central and South—were responsible for clearing more than half of the completed cases. Of those, 289 were reported in the US and 18 in Canada. Bishops in Asia completed 200 abbreviated cases while the bishops of Europe completed 196 cases. No cases were reported from Australia or New Zealand.—By Cindy Wooden, CNS