Youth and Truth: A Faith-Filled Identity 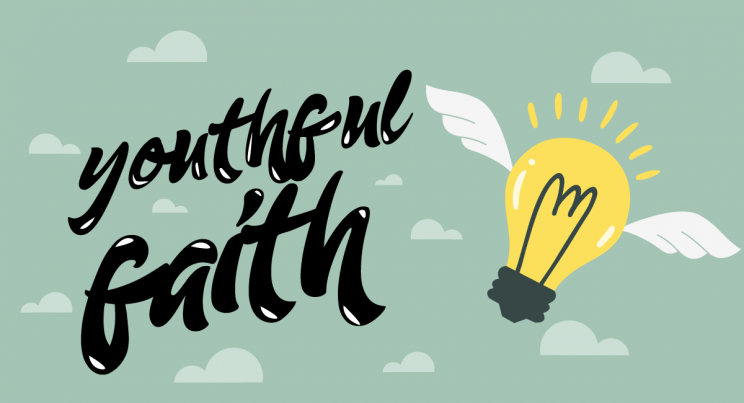 By Michael Shackleton – Senior readers will remember the opening words of the old Latin Mass: “Introibo ad altare Dei, ad Deum qui laetificat iuventutem meam”, meaning “I shall go to the altar of God, to God who gives joy to my youth”.

These are taken from Psalm 43 written by the young king David of Judah. David revelled in his youthful vitality. He was not much more than a boy when he toppled the fearsome Philistine giant of a man, Goliath (1 Sam 17). He surprised the conservatives when he performed a solo dance in praise of God in front of the Ark of the Covenant which had been reclaimed from the Philistines (2 Sam 6).

True to his reputation as the composer of the inspiring psalms that grace the prayers and liturgies of the Church, he never failed to remember to praise and thank God for his life with all its ups and downs.

An Identity Rooted in Jesus

The sages of history have consistently recognised that the years of human adolescence and early adulthood are characterised by wild enthusiasm for all sorts of causes and idols, as well as rapid political and psychosocial changes in young, immature lives.

There are demands that are considered essential for them to grapple with and face if they are to meet the future challenges of adulthood, and establish their identity as persons of worth.

Values drummed into them by parents and teachers, even their duties to God and his will, can be questioned and dismissed as more myth than truth.

Youth is always vulnerable and in the 21st century it is confronted by a bombardment of excessive information via social media and peer groups.

Very aware of the necessity of making use of young people’s talents and abilities, successive popes have encouraged the Church to be actively aware that its God-given mission to humanity depends on the formation of faith-filled young folk.

Pope Francis has advised the youth of our times to speak out and tell the Church of their hopes and problems. He has no illusions that their views may not always be what would be regarded as orthodox.

But his patent confidence in the power of the Spirit of Truth (John 14:17) indicates he has no fears of youthful and truthful opinions.

Importantly, a new book entitled God is Young has just been published, written by Italian journalist Thomas Leoncini. It contains interviews with Pope Francis. Its English edition is scheduled to be ready in time for October’s Synod on Youth.

In the book Pope Francis sees a young person now as someone in constant movement, so it is useless to think one is on the same wavelength if one is not similarly “mobile”.

It appears the pope wants there to be more bridge-building between young and old because right now they are growing apart, which is unhealthy for both.

Turning to the Internet, Pope Francis believes the web can leave young people “in the air”, unconscious of the need to dialogue with their seniors.

The young and the old, he says, have to talk to each other and have to do it more and more often.

Pope Francis’ qualifications for commenting on youthful minds and behaviour are solid. As a Jesuit priest he was involved in educating and understanding young people.

These reflections should nudge our consciences again towards society’s responsibility to its youth.

It is instructive to know that our Jesuit Institute and the Catholic Institution of Education will host a seminar on “digital pathfinding” to guide schools and parents to keep up with the pace at which online life is affecting the young.

The seminar is scheduled for September 13-14 this year in Randburg, Johannesburg. It will cover current concerns such as screen time, online bullying, and the law. More information is available at www.cie.org.za

This initiative and others like it deserve support and encouragement.

How to Be Fully Prolife