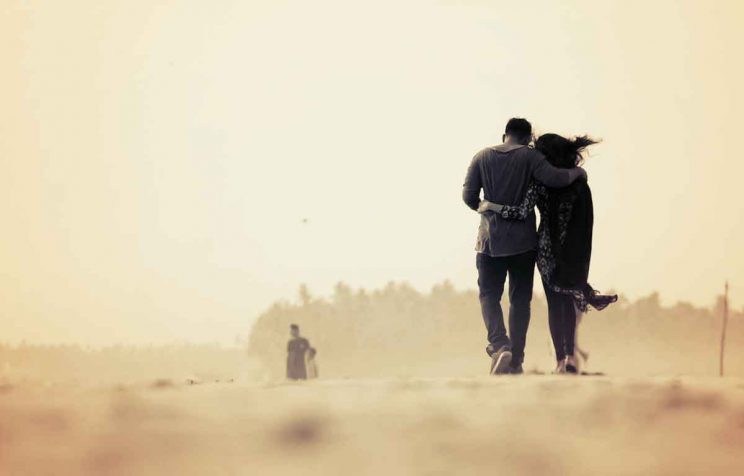 Tomorrow marks the 50th anniversary of Pope Paul VI’s encyclical Humanae vitae. After half a century of controversy over it, Charlie Camosy suggests it may be time to have a reasonable conversation about it.

Can one imagine a more difficult year for Humanae vitae (“Of Human Life”) to be heard than 1968?

Pope Paul VI’s encyclical came out just as the sexual revolution was picking up steam, well on its way to becoming a dominant force in Western culture.

Contraception was part of a basic right to privacy and on a path from normalisation to celebration.

Movies and music pushed the revolution at every turn.

This revolution, it should be said, made a lot of people quite a lot of money. But it was portrayed in cultural circles of power (media, academia, government and so on) not as the latest iteration of consumer culture, but as part of a broader social justice movement. A movement which pushed back against the outdated and oppressive views of the past.

The replacement culture was liberating. The natural direction of social progress. Only backward- thinking, religious dogmatists rejected it. Smart and open-minded people embraced it.

Swimming against this powerful cultural tide, in the short run at least, Humanae vitae never had a chance.

Few of its critics actually read the text, and even fewer could allow themselves to be genuinely challenged by its arguments. It fitted neatly into the revolution’s cultural narrative: an out-of-touch celibate hierarchy using power to enforce a superstitious and harmful view of sex onto people who, given their better education and actual experience, simply knew better.

This consensus against Humanae vitae would come to be strictly enforced.

Though many Catholics have the “Charles Curran affair” at the centre of their narrative in this regard, his case would prove to be the exception. The Catholic University of America’s board of trustees denied the tenure of Fr Charles Curran after the professor publicly disagreed with the encyclical’s teaching.

In recent decades the consensus against Humanae vitae has been so strong that theologians and even Catholic priests can feel quite safe in their dissent. The occasional finger-wagging or bad book review from the institutional Church serves to do little beyond increasing the prominence of the thinker and their book sales. 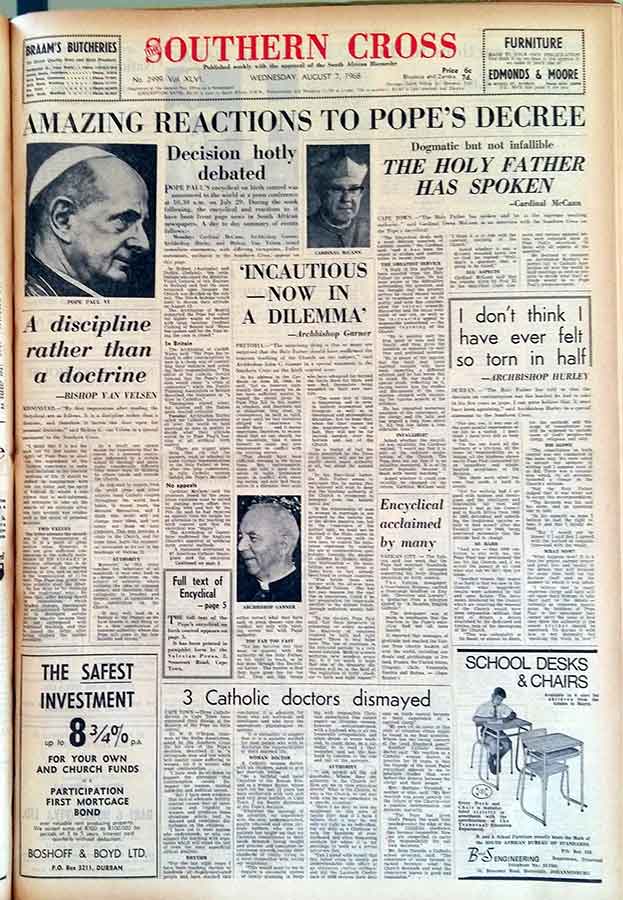 The front-page of The Southern Cross following the release of Humanae vitae featured mixed reactions from South African bishops. Cardinal Owen McCann counselled loyalty to the pope while noting that the encyclical was dogma but not infallible; Archbishop Denis Hurley was dismayed; Archbishop John Garner applauded the pope; and Bishop Gerard van Velsen drily noted that the document has the status of a “discipline rather than doctrine”.

But those who’ve been sympathetic to the document have, for their most part, been forced to keep their mouths shut and their pens dry—at least if they want to remain respectable in cultural circles of power. The narrative that only backward-thinking dogmatists could take it seriously became the received wisdom.

But now, on the verge of the document’s 50th anniversary, a new cultural moment has arrived. Pope Paul warned that the separation of sex from procreation and committed relationships would have disastrous effects, and there is now strong evidence to show that he predicted better than he knew.

These cultural trends are so different from where they were 50 years ago that Humanae vitae may finally get a genuine hearing. The obvious surrender of our sexual culture to consumerist market forces, particularly after #MeToo, has led many different kinds of people to look for alternatives.

If 1968 was one of the worst years possible for Humanae vitae to be heard, then 2018 may be one of the best. Let the conversation begin.

Charlie Camosy is an associate professor in the theology department at Jesuit-run Fordham University in New York.