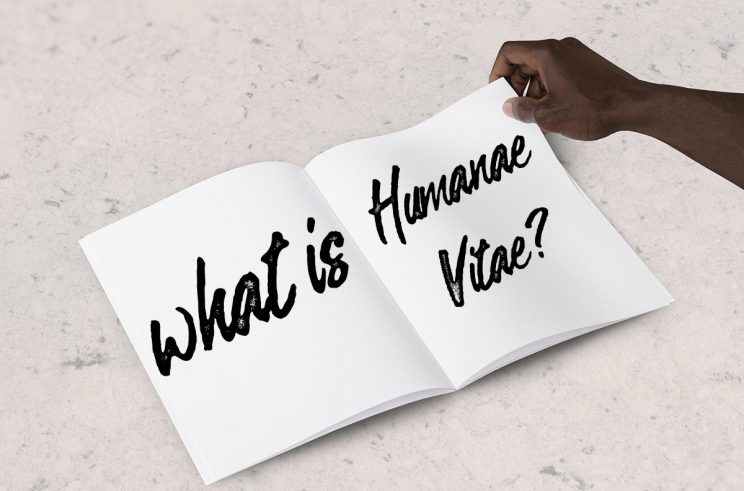 Pope Paul VI’s 1968 encyclical Humanae vitae upholds the Catholic Church’s long-standing teaching that it is immoral for married couples to use artificial contraception.

At 7000 words, the encyclical is divided into three sections: the question at hand, doctrinal principles, and pastoral directives.

In opening the encyclical, Pope Paul reviewed the arguments of those who urged a change in Church teaching. He acknowledged concerns about population growth; changing social and economic conditions that impact the size of families, including a new understanding of the dignity of woman and her place in society; and scientific advances giving couples more control over nature.

He also reviewed theological arguments calling for a new understanding of the role of procreation in marriage.

In starting his analysis of doctrinal principles, Pope Paul stated that conjugal love is grounded fundamentally in “God who is love”.

Given that understanding, he explained that such love is total, faithful and exclusive until death.

Such love, he stressed, exists to “bring new life into being”.

“Marriage and conjugal love are by their nature ordained towards the procreation and education of children. Children are the supreme gift of marriage and contribute to the highest degree to their parents’ welfare,” he wrote.

At the same time, husband and wife are called to responsible parenthood, that is being open to the possibility of creating new life in every conjugal act, he said.

Pope Paul said it is acceptable for a couple to engage in the conjugal act when the women is not fertile “since they always remain ordained towards expressing and consolidating their union”. However, he maintained that the deliberate attempt to prevent pregnancy is immoral in all circumstances.

The pope warned of several consequences to using artificial contraception, including a “wide and easy” road to marital infidelity, a lowering of sexual morality — especially among young people — and the danger of men losing respect for women and reducing them to “a mere instrument of selfish enjoyment”.

After presenting his arguments, Pope Paul acknowledged that the Church’s teaching “will easily appear to many to be difficult or even impossible to fulfil”.

He urged couples to develop “solid convictions concerning the true values of life and of the family” and to work together to achieve the discipline needed to follow the Church’s teaching. He predicted that couples who did so would find their lives and marriage enriched.

– Asked educators and the media to develop programmes more favourable to chastity.

– Urged government authorities not to permit contraception, abortion or sterilisation as means to regulate births.

– Asked scientists to improve natural family planning methods “providing a sufficiently secure basis for a regulation of birth founded on the observance of natural rhythms”.

– Called on priests to widely share the Church’s teaching on marriage and to show patience and understanding toward those who had difficulty following that teaching. —By Dennis Sadowski, CNS