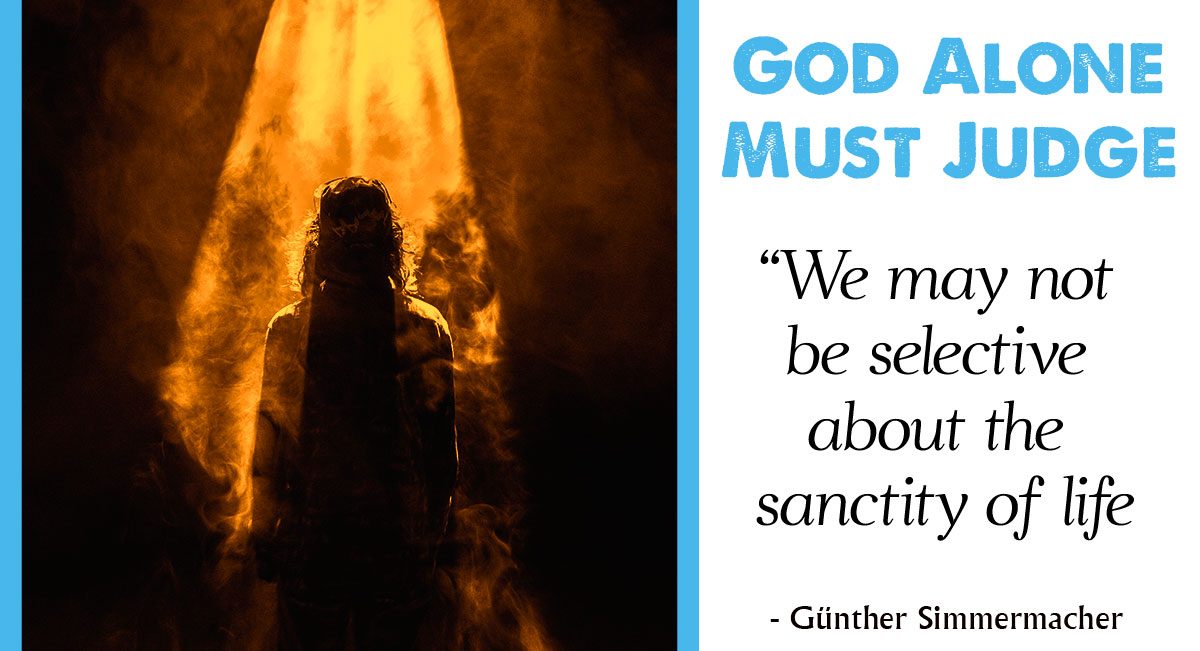 This took to a logical conclusion the position advanced by Pope John Paul II in his 1995 encyclical Evangelium vitae (“The Gospel of Life”) and in the Catechism: “Cases in which the execution of the offender is an absolute necessity are very rare, if not practically non-existent.”

Pope Francis has now effectively said there are no such cases. He acknowledges that in the past the Church supported capital punishment as “an appropriate response to the gravity of certain crimes and an acceptable, albeit extreme, means of safeguarding the common good”.

“Today, however, there is an increasing awareness that the dignity of the person is not lost even after the commission of very serious crimes,” the new amendment to the Catechism states.

“In addition, a new understanding has emerged of the significance of penal sanctions imposed by the state. Lastly, more effective systems of detention have been developed, which ensure the due protection of citizens but, at the same time, do not definitively deprive the guilty of the possibility of redemption,” it says.

“Consequently, the Church teaches, in the light of the Gospel, that ‘the death penalty is inadmissible because it is an attack on the inviolability and dignity of the person’, and she works with determination for its abolition worldwide.”

This leaves aside other grave problems with the death penalty, especially the reality of wrongful executions and the misuse of capital punishment as a political weapon.

On a practical level, capital punishment serves no demonstrable deterrent value, and the costs of the logistics and legal processes preceding an execution are prohibitive. Other than to meet the human impulse for retribution, capital punishment has no discernible practical purpose, never mind any moral virtue.

Other than to meet the human impulse for retribution, capital punishment has no discernible practical purpose, never mind any moral virtue.

We may not be selective about the sanctity of life. The teachings of the Church do not permit a distinction between a life that is yet to be born, one that is in full bloom or wilting, or one that is of no value to society. We are not mandated to deliberately end a person’s life, except in some instances of defending self and others in situations of peril.

We cannot insist that all life is sacred and therefore must be protected, and at the same time selectively exclude some lives from that sanctity and protection.

Last October Pope Francis said that the death penalty is “contrary to the Gospel” because in its application, “it is freely decided to suppress a human life that is always sacred in the eyes of the Creator, and of which, in the final analysis, God alone is the true judge and guarantor”. Capital punishment is also incompatible with the Catholic faith because it impedes God’s mercy on those who arguably need redemption most

Capital punishment is also incompatible with the Catholic faith because it impedes God’s mercy on those who arguably need redemption most — people who abandon their humanity to commit acts of depravity.

Still, the impulse to seek the death of a callous criminal is not irrational. Support for the death penalty, the thirst for just punishment against those who commit evil, is understandable. But it does not accord with the teaching of the Church that all human life — even evil life — is sacred, and that its deliberate termination is always an act against God.

Pope Francis’ amendment of the Catechism concretises Pope Benedict XVI’s call to world leaders to make “every effort to eliminate the death penalty”.

Firstly, it has to advocate for the abolition of capital punishment throughout the conference region. While South Africa abolished it in 1995, it is still in force in Swaziland (though the last execution was in 1983) and in Botswana, where an execution was carried out in February this year. there is also a steady call in South Africa for the return of capital punishment, including by Catholics

Secondly, there is also a steady call in South Africa for the return of capital punishment, including by Catholics.

The local Church will need to find ways of explaining persuasively and repeatedly to a public that is frustrated by crime why Catholic teachings rule out the execution of criminals.